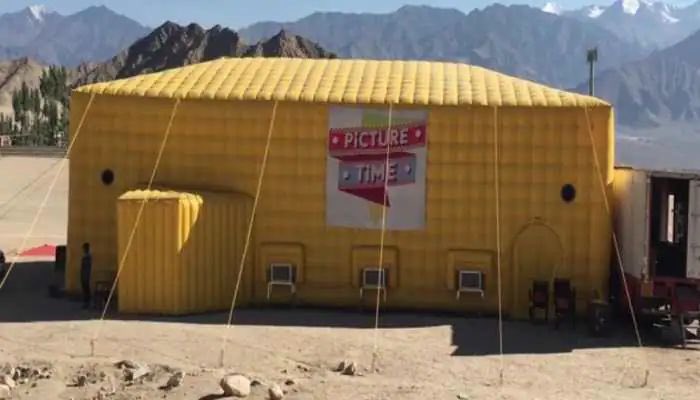 To bring cinema watching experience to most remote areas, a mobile theatre was introduced in the Paldan area of Leh in Ladakh by Picture Time Digiplex. It is now the highest theatre in the world.

Akshay Kumar took to social media to share this news. He tweeted: “Makes my heart swell with pride that BellBottom was screened at World’s highest mobile theatre at Leh in Ladakh. At an altitude of 11562 ft, the theatre can operate at -28 degrees C. What an amazing feat!”

Meanwhile the movie that is running successfully all across, also stars Lara Dutta, Vaani Kapoor and Huma Qureshi. Produced by Pooja Entertainment’s Deepshikha Deshmukh and Jackky Bhagnani, the film has been directed by Ranjit Tiwari.

Bobby Deol celebrates one year of Aashram; Reveals what made the series so special!