Two-times Oscar-winner Hilary Swank stars as an astronaut spearheading a three-year mission to Mars in the space drama Away. Netflix unveiled the trailer of this upcoming web series that will premiere on September 4 and this is what you can expect.

The trailer launches you into the world of Emma Green (Swank) whose dream of manning a mission to Mars has come true, as she prepares to lead an international space crew on a three-year long mission in outer space. The dream however comes with a heavy emotional price of having to leave behind her husband Matt (Josh Charles) and teenage daughter Alexis (Talitha Bateman), both of whom she is extremely attached to.

Check out the trailer of Away right here:  https://youtu.be/3f_REapPwio

As the crew embarks on this dangerous mission, while overcoming the technical challenges of their treacherous space journey, Hilary and her crew also struggle with their emotional guilt and urges and the effects of having left behind their loved ones who needed them just as much. The crew also tries to come to terms of dealing with each other on this long mission, as they each have their own personal struggles too. Things intensify after Matt suffers a health setback back home. Overcoming all these challenges, Emma has to stay strong and collected. Putting aside all differences and their emotional turmoils, she and her crew have to carry out their mission successfully and return to Earth safely. 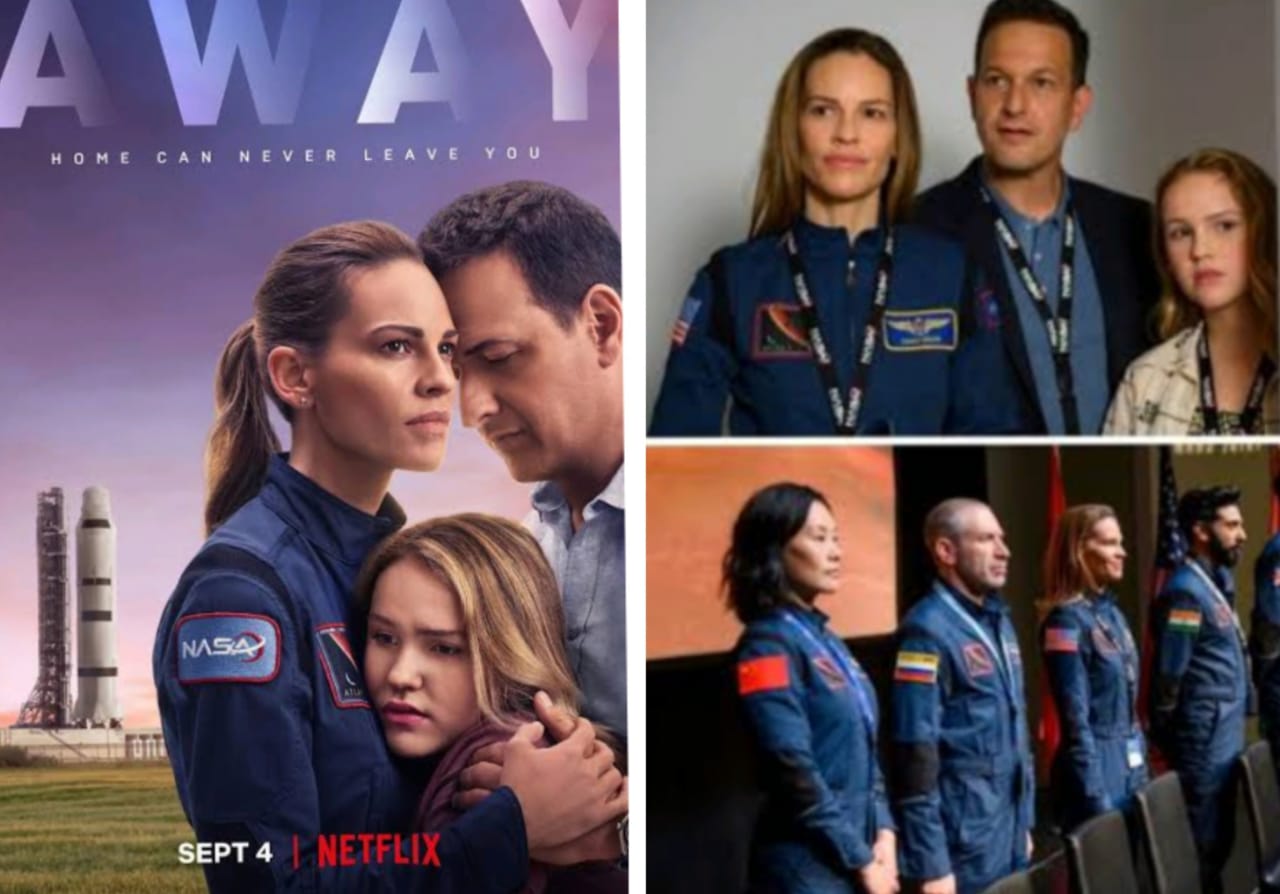 Playing a mother torn between her love for family and her dream, Hilary Swank seems to have jumped right into the role and looks convincing as both a family-woman and a strong-headed astronaut. Created by Andrew Hinderaker, the 10-episodic series also stars Ato Essandoh, Mark Ivanir, Ray Panthaki and Vivian Wu, amongst others. Delving into the complex human emotions of love and attachment and weighing the sacrifices that’ve to be made to fulfil your dreams, the trailer of this thrilling emotional drama definitely looks inviting and promises to be worth a watch!