It’s Bhumi Pednekar birthday today! With only 5 years in the industry, she has etched an irreplaceable place in our hearts with her remarkable performances in films like Dum Laga Ke Haisha, Shubh Mangal Savdhan, Pati Patni Aur Woh and many more. She has actively been a part of films reflecting upon social issues as well. While we celebrate Bhumi Pednekar’s birthday, let’s take a look at some of her best performances: 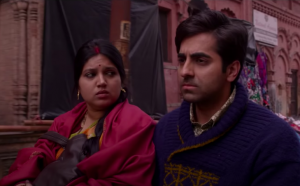 Bhumi Pednekar’s debut film opposite Ayushmann Khurana is a unique love story between an unlikely pair. The film redefines the idea of love and persuades the viewer to look beyond appearances. Bhumi Pednekar’s portrayal of an overweight wife seeking the love of her husband won her Best Female Debut at the 61st Filmfare Awards. 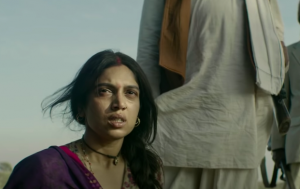 Bhumi Pednekar’s powerful role as a runaway in Sonchiriya brought her much praise from the critics. Pednekar plays Indumati Tomar who is being chased by her family while in pursuit of rescuing a young girl. She puts on an impactful act alongside eminent actors like Sushant Singh Rajput, Manoj Tiwari, and Ranvir Shorey. 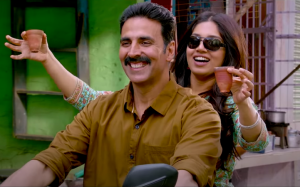 In Toilet: Ek Prem Katha, Bhumi Pednekar plays the role of Jaya Joshi Sharma, an educated woman married into a conservative family who refuse to build a toilet in their house. Jaya (Bhumi Pednekar) brings a revolution in the village with her husband (Akshay Kumar) by demanding a toilet. Pednekar perfectly fits the role of a modest yet nonconforming wife. 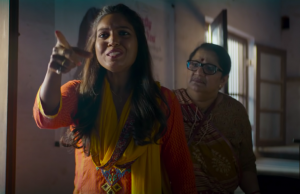 Bhumi Pednekar made the audience realise that beauty is merely skin-deep much before it was being widely talked about. Pednekar plays the role of Latika Trivedi – a dark-skinned girl trying to survive in a society prejudiced against it, along with Ayushmann Khurrana as a balding Bala. 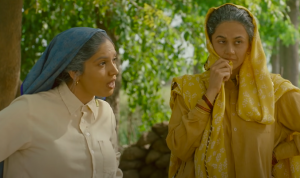 Bhumi Pednekar plays the role of a grandmother along with Tapsee Pannu in Saand ki Aankh. Breaking the chains of old age and society, these two sisters go on to become ace shooters. Through her acting, Pednekar reaffirms that age, language, the setting is no bar for her.

We wish the talented Bhumi Pednekar a very Happy Birthday!

BELT IT OUT THE JENNIFER ANISTON WAY