A while back, Tahira Kashyap Khurrana penned an open letter emphasising on the casual sexism she experiences on a daily basis and her personal battle against inherent patriarchy.

She addressed some grave issues with a humorous undertone which on to capture the attention and resonated with many.

Known to be outspoken and have a strong opinion on gender disparity, the writer-director is now looking forward to the release of her upcoming book titled The 12 Commandments Of Being A Woman. The book, which has a funny, witty and humorous undertone to it, entails her journey and experiences. 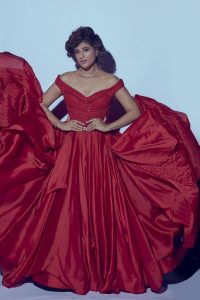 Leading up to the launch of her book, Tahira shared three commandments of being a woman on her Instagram which met with a lot of intrigue and appreciation from her peers and her followers.

The first commandment is a celebration of whacky love stories which do not necessary fit the stereotype of a larger-than-lie romance. The second commandment says, “Small towns have many laws. It’s hard to break them and become a rebel with a cause.” It highlights the unsaid rules that women are presumed to live by. The third one stresses on the importance of being ‘atmanirbhar’ or self-reliant.

Recently, Tahira shared a video where producer Ekta Kapoor was seen expressing her desire to read the book. She said, “Tahira, you are truly my dream girl. I think it’s time that every woman should read it and have a fantastic time.”

Praising Tahira’s successful attempt, actor-producer Anushka Sharma took to social media and wrote, “Thank you for this book Tahira. Always loved hearing what you had to say on Instagram. Looking forward to reading your new book now. More strength and power to you.”

Giving a shout out to the book, filmmaker Anubhav Sinha, wrote, “I love people who can write books. And a book about women by a woman? Yayyyy! Tahira my friend, take it away. God Bless. Also I am just pretending to be hamming. Why? Because it is ‘in’ these days and I’m watching too much TV news.”

The cover of the book – with quirky and colourful illustrations – was recently shared by Tahira and it has a note by superstar Shah Rukh Khan which grabbed a lot of attention. He revealed that her love story blossomed while watching his films and that it has left netizens in splits.

And now, the popular trio of singer Neeti Mohan and dancers Shakti Mohan and Mukti Mohan shared a video on Instagram, thanking Tahira for writing a “funny, unabashed and honest” book and urging their fans and followers to get their hands on the copy. They have revealed that there are some interesting anecdotes from her school days and there are more than 12 commandments.

Talking about the love that her book has been receiving, she says, “I am humbled with the kind of love that has been pouring in from my friends and peers in the film fraternity. The 12 Commandments Of Being A Woman is a very special book. It is something that I wanted to pen for a long time now. I hope women will be able to relate to it. This is book is for everyone who has been able to crush stereotypes and be a rebel. I believe that all of us must celebrate the norm-breaker in us.”

In 2018, Tahira directed and wrote a short film titled Toffee. A poignant story of two young girls, it received raving reviews from the fraternity and the audience. She proved her mettle at sensitively weaving a story. It seems like she is now all set to add a new feather to her hat and join the league of millennial writers with a strong voice.

Warner Bros reshuffles date-slate: Check out the new release dates of Dune, The Batman, The Matrix 4, The Flash, Shazam! 2