“An artist wants the art to continue irrespective of circumstances,” says actress Shriya Pilgaonkar, whose new web series Crackdown recently hit the OTT platform Voot. Besides the action thriller, she also did an online play Lockdown Love, shot a series that was conceptualised, directed, and released during lockdown – Gone Game, and became part of a music-video, all in the months of quarantine. Shriya Pilgaonkar talks to Deblina Munshi about shooting during the lockdown, Crackdown, and how she’s not limiting herself as an actor.

Gone Game was completely conceptualised and shot during the lockdown, how did you all manage that?

The exciting part about it was that we knew we were going to do an experiment that hadn’t been done before. The script itself was very exciting and well-written. For us, as actors the USP wasn’t that we were going to shoot it in lockdown, it was a genuinely good script. It came to us at the end of April and in two months it was executed. All our reading was online with the cast. The cast was also really fun to work with. We had fun with the readings and there were also one-on-one workshops with the director. We were given instructions on how to use this app called Filmic Pro. The story also involved video calls and a family that was quarantined in different parts of the country. So, the narrative lent itself to using technology like that. It was like a film making experience. You have to do hair, makeup by yourself and you do not have an actor to bounce off your energy with and you’re being directed on Zoom, so that requires a lot of patience. It took us a while to get into the flow. But since it was happening during lockdown I really wanted to milk every second of it. It was exciting to do something during the lockdown.

How did Apoorva Lakhia’s Crackdown happen?

Crackdown came to me last year and action is something that I’ve been wanting to do and I also enjoy watching. So, I wanted to explore it as an actor. Apoorva sir’s forte has been action, so when he came to me with the script, I absolutely loved it. The story and the interesting dimension that the character has is a major hook point to the show. I would be training in hand-to-hand- training which I was kicked about. I always want to keep reinventing myself, I don’t want to stereotype myself to one kind of role, so in that sense Crackdown came to me at the right time. I learned a lot, there were some things very new to me with respect to shooting action. Javed sir, our action director, Apoorva sir, and Saqib (Saleem) helped a lot, so I really enjoyed it.

What attracted you to the character you’re portraying in the show?
Well, I can’t divulge too much about the details of my character, but I’m playing a girl who comes from a really simple, humble background in Mumbai and she works at a salon. But, because of her resemblance to a certain extremist, she is forced to join a mission and here the girl is vulnerable. So, she has to find the strength in her to fulfill the mission. The emotional quotient of this character was very interesting and to see her becoming the person she eventually becomes on the show. She had to become someone else to fulfill the mission. It was interesting to play two different personalities in one character and that is what has attracted me to the character. In my mind, I was playing two characters, and there can’t be a bigger incentive than that.

You’ve played many characters on screen, what makes this one different?
I feel like every human being has different facets to themselves. Be it Fan where I played this sweet, confident girl, or in Mirzapur where I played this courageous, spunky girl who is not afraid or in Bhangda Paa Le, I played a demure Punjabi music loving girl, or Suhani in Gone Game who is an influencer who is very strong yet has her vulnerable moments. I think all these characters have a combination of strength and vulnerability that each person has. What I like is certain traits in characters I play that are very different from me. That’s what makes it exciting. In Crackdown, the whole aspect of taking up that mission would be a huge thing to accept in their lives. I always want to pick characters that have a point of view and have a stand. I’m never insecure about the length of a part. It’s very important for me to not play passive characters and I always want to have a say and a point of view and be memorable in their own right. 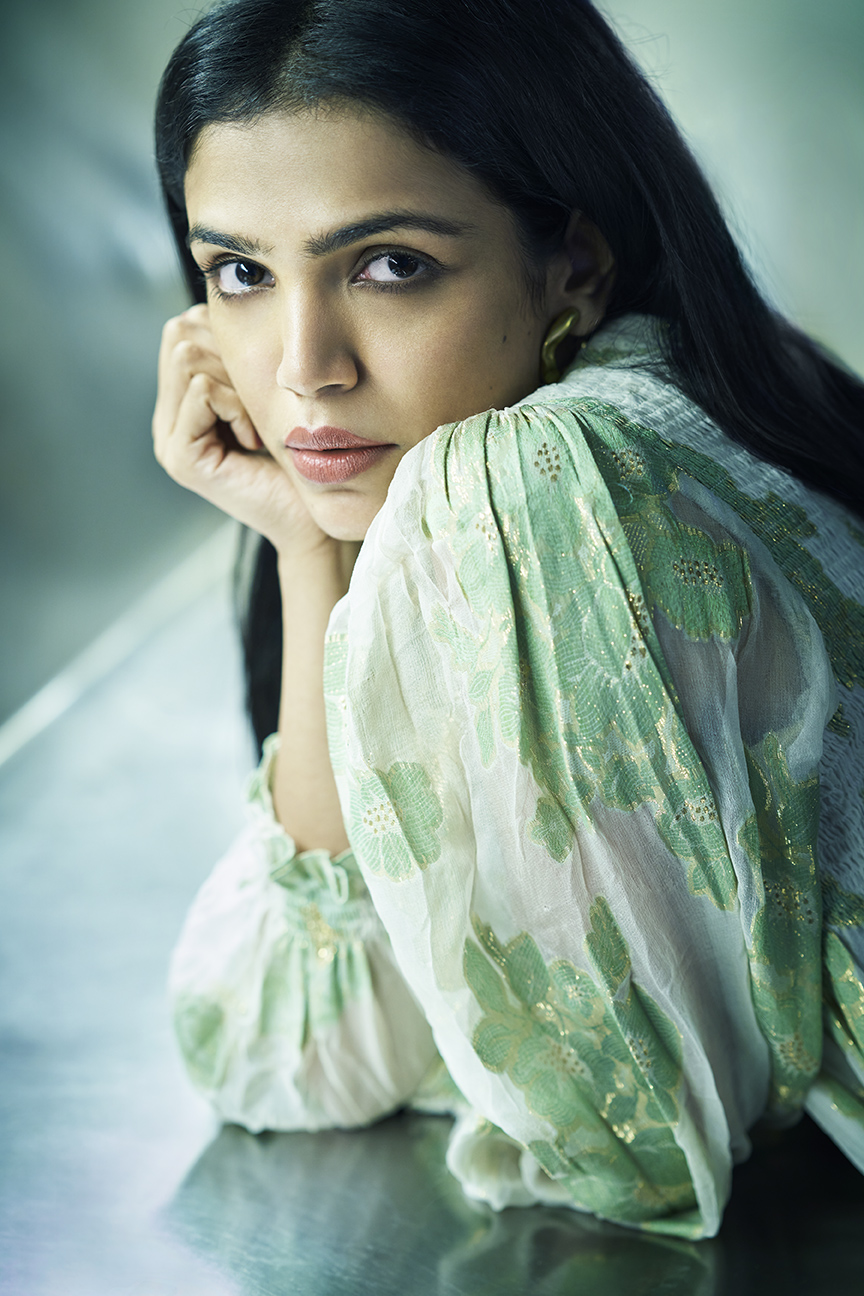 How do you prepare for your roles?
The process for every role is different. It’s very important for me to understand the vision of the writer and the director before I start creating the world of the character. Because very often the character interpretation from the paper to the screen can change. I do sit and have conversations with the writer and the director because it’s important for me to know how they see it also. I enjoy the process of building my own world with the character, whether it’s a dialect, or body language, physicality. Some characters need you to look a certain way or speak a certain way and that’s the exciting part about acting, that in one lifetime you’re able to live many lives. That’s a responsibility and a privilege for an actor to be able to do that and for me, I still think, I’m still in the nascent stage of my career, so with every part I do, I try to break a certain perception. Right now my focus is on showing my versatility as an actor.

What made you take up acting?
There are many factors. Growing up, I think I’ve always had a performer’s instinct, but I was also interested in other things. I was interested in sports, music, dance but stories are something that I’ve always loved, be it stories in the form of poetry or books, animation or live action film. I’ve enjoyed storytelling and for me, that was always one major factor. And, I’ve always been very comfortable on stage and in front of the camera. It felt like home to be in front of the camera and the stage. So, it was very natural. I also did Kathak for eight-nine years and in that abhinaya is a very important part. So, that’s where I get the actor part of my personality from. I did theatre, and as gradually as I started acting more, I realised I’m feeling more present than I’ve ever felt. I’ve also assisted and directed short films. So, I always knew I wanted to do something with cinema so acting happened very organically.

What’s next in line for you?
I’m waiting for my trilingual debut with Rana Daggubati. It’s called Haathi Mere Saathi. I also have a film with Anubhav Sinha. We shot it two years ago, but it’s still waiting for release. I want to have a balance of working in film and the OTT space. They’re fulfilling in different ways. I don’t want to limit myself to a particular industry. I want to work internationally as well. Even within films, I’m also looking to do a masaaledar film just to try something I have not done before. I’m at that stage where I want to explore and hopefully, one opportunity will lead to another.

Now that you’ve established yourself as an actor, would you want to further explore assisting and directing as well?
Of course, I’d love to. There are enough examples in the world of women acting, directing, and producing. We do not need to have one-word answers for what we do. When I’m acting, I’m learning the other processes of filmmaking as well. The more I do, the more I learn. In fact, in lockdown, I have been writing as well. For the moment, my main focus is acting but that does not mean I’m not working towards other things.