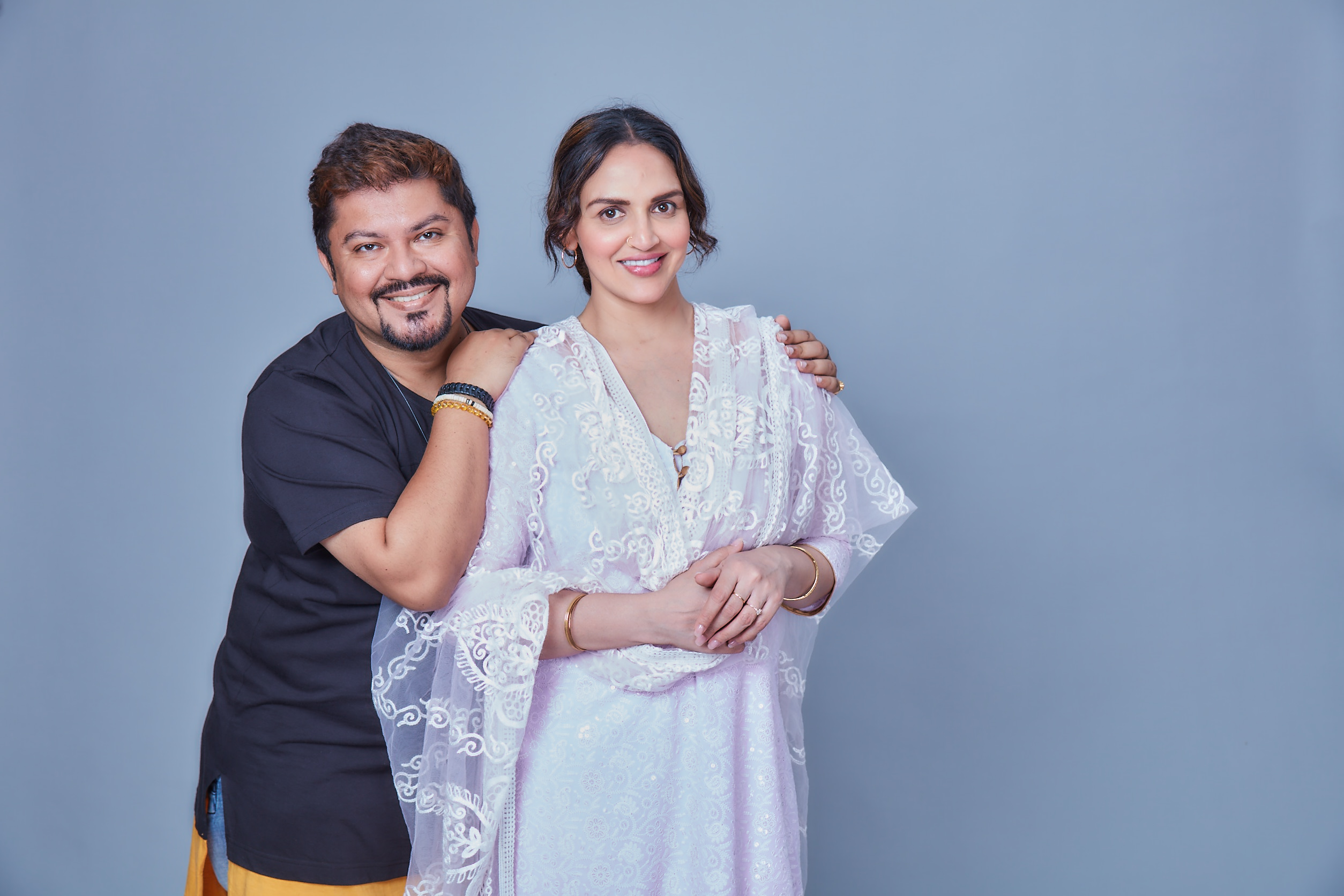 After their successful film Cakewalk, the “hit jodi’ strikes back with Ek Duaa. Esha plays double role – of an actor and a producer!

Incidentally, Esha Deol not only plays the protagonist Abida in the film, but also makes her debut as film producer under Bharat Esha Films. “When Ram Kamal approached me with this story, I was emotionally touched with the subject. I not only loved the screenplay but I also wanted to produce it because I strongly believed in the subject,” says Esha Deol Takhtani. The film also stars Rajveer Ankur Singh, Barbie Sharma and Nick Shah in pivotal roles.

“After Cakewalk we were planning to do something unique and that when I met writer Avinash Mukherjee and he narrated this story. I was excited and immediately approached Esha for the film. Deep down, I knew that she would love the story. And after the narration I could see tears in her eyes, and she became very emotional. But frankly speaking I didn’t expect that she would offer to produce the film for me,” says director Ram Kamal Mukherjee.

Ek Duaa is set in the heartland of Mumbai, deals with life of Abida, a mother of two beautiful kids Duaa and Faiz. Her husband Sulemaan is a taxi driver who somehow manages to run the house after borrowing money from lenders. A day prior to Eid, the family gears up for celebration, but something is amiss. There seems to be some discrimination between the two kids, as Abida’s mother in law Rihana and husband Sulemaan shows their affinity towards the boy child, while little Duaa keeps craving for love. Barring Abida, no one really cares for her in the house. As the film unfolds we reveal the reason behind the discrimination between the kids. “The edgy climax of the film will keep you hooked till the last frame of the movie,” assures director Ram Kamal Mukherjee. The film is co-produced by Venkys and Assorted Motion Pictures, while the music is composed by Shhailendra Kkumar and Dhurbo Paul. The film has been shot by Modhura Palit and edited by Bodhaditya Banerjee.

“Ram Kamal is known for making hard hitting films, where majorly his female characters are extremely strong. His earlier film Season’s Greetings and Rickshawala fetched him major accolades and now with Ek Duaa audiences will love his style of story telling. I feel as a director he is extremely creative and gives ample space to an actor to perform. He doesn’t restrict, that freedom is required when you are performing a certain kind of a scene in front of a camera,” explains Esha Deol.

The film was officially announced by Abhishek Bachchan on his social media handles and later the entire industry wished Esha and Ram Kamal for their venture. “It feels good when friends and fraternity wish you. I am happy for Esha as she and her husband Bharat turned into a producer and hopefully they will be making more content for all mediums,” avers Ram Kamal.

The film has been receiving good reviews from the critics as well. Does this reinstall faith in the kind of story Ram Kamal believes in? “Of course!” says the director. “When someone talks positively about your film, cries, give you a hug or just holds your hand firmly after the screening, it shows how deeply they are touched by the film. Being a student of cinema, I always panic and worry about the reviews, because that’s like a report card for me. I graciously accept bouquets and brickbats!”

Buddies Mohanlal and Priyadarshan team up for a boxing film