All Things Filmy, Bollywood, Entertainment, Features
May 7, 2021
by Aakanksha Naval-Shetye
0

In an exclusive chat with Filmfare ME, the actress talks about her most recent chartbuster ‘Nazaraa’ and her chemistry with Paras Chhabra

Mahira Sharma is on a roll! The actress who’s had back-to-back superhit music videos to her credit has now collaborated with the legendary Wadali Brothers – Lakhwinder Wadali and Ustad Puran Chand Wadali. The actress stars in their latest song ‘Nazaraa’ that also features Paras Chhabra and their screen chemistry as always is undeniable. 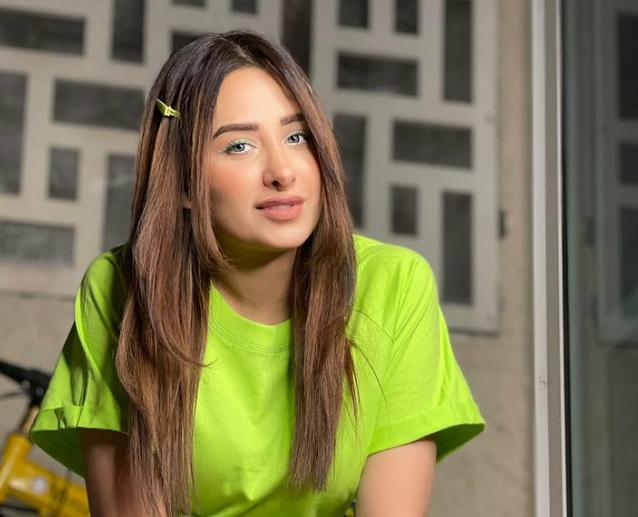 Talking about Paras, Mahira says, “Paras and I share a colloquial bond, and we are very comfortable around each other. So, that just makes everything so feasible, also we don’t have to fake anything on-screen as it comes out in the best natural way possible.”

As for her experience of working in such difficult times, she adds, “We shot this song entirely in the outskirts of a village in Manali. The population there was very less and there were no COVID cases as such. But we ensured that we carried out the shoot with utmost safety and precaution. And some sequences of the song were shot on a hill which was covered with snow with no people around. So we were entirely safe and sound with no threat of the virus.”

About the song, Mahira tells us, “The song is rendered by the legendary Lakhwinder Wadali ji and Ustad Puran Chand Wadali ji and I have grown up listening to Wadali brothers. So the moment they approached the song I immediately said yes for it and I feel that I am lucky that I was considered for this masterpiece.”

Charmee Zaveri to star in Garry Sandhu’s next song