One of the most-respected names in the entertainment industry, Pakistani actor-filmmaker Jawed Sheikh enjoys a fan-following that spans across generations and boundaries. After all who can forget the actor play screen-dad to leading Bollywood stars too, from Shah Rukh Khan to Shahid Kapoor and from Preity Zinta to Ranbir Kapoor! Reigning the theatre and small screen with as much élan as he does the big screen with his formidable presence, the senior star adds an air of elegance and class to every character he essays. In an exclusive chat, Jawed Saab talks about his journey so far, reveals his plans of penning an autobiography and we also ask him about his favourite screen-son!

Jawed Sheikh commands an air of elegance even when seated comfortably in a quiet corner of a luxury Downtown Dubai hotel. Dressed impeccably well in a black jacket, with his sunglasses and mask on, the aura is undeniable and the deep baritone unmistakable as he greets us as warmly as the pleasant weather outside. And as we launch into a candid tête-à-tête, the affable star gives us a glimpse into his real world, regales us with some cherished anecdotes and makes some interesting revelations.

Dubai Diaries
“Dubai is my second home and whenever there’s an opportunity I fly down here. This time it was to discuss a new project for an OTT platform,” says the senior star. However the actor never books himself into a hotel room. “I always stay in a serviced apartment as I love to cook! Be it here or London, Paris or New York… In fact the first thing I do is go for grocery shopping and I particularly love it in Dubai… I enjoy making my own breakfast, lunch and dinner.” As for the cuisine, he adds, “Italian, French is most preferred. I don’t make desi khaana. I also love hosting friends and guests and I cook for them myself.”

Bollywood innings!
Not many know this, but while Jawed Sheikh made his Bollywood debut with Shikhar in 2005 playing Shahid Kapoor’s father, he was actually set to essay Kabir Bedi’s role in the 1988 Rekha-starrer Khoon Bhari Maang. “I had to back out of Khoon Bhari Maang due to some personal issues a few days before mahurat. Thankfully Rakeshji (actor-filmmaker Rakesh Roshan) understood. I finally made my Bollywood debut 17 years later with Shikhar.” In Bollywood, he went on to do films like Jaan-E-Mann, Om Shanti Om, Tamasha, Jannat, Namastey London, among many others and Happy Bhag Jayegi even had the star’s daughter Momal Sheikh act alongside him. “I was doing so many films there back then, that I settled in Mumbai for a long while. I had a very good experience there.”

“I am in the mood to write a book. I have had a very interesting life, so many aspects, so many ups and downs from how my career started in Pakistan to my career in Bollywood. There’s a lot to share!”

Favourite screen son!
The actor’s own son Shehzad Sheikh is a noted director (of Phaans fame), but we ask him about his favourite screen son? “How can a father choose a favourite child? Shah Rukh, Shahid… Ranbir they all have been wonderful…” he adds. “I knew Rishi (late actor-filmmaker Rishi Kapoor) from a tour we had done together in 1988. His son Ranbir and my son are in fact born on the same day, so working in Tamasha was special. Ranbir is a very well-brought up young man.”

Director’s cut
“I was planning to direct my first Bollywood film, but haalat kuch aise ho gaye, I had to move back to Pakistan,” shares the filmmaker. “I did keep travelling though. In fact, the music and post production for my directorial Yeh Dil Aap ka Huwa (2002) was done here. I have directed seven films so far, but the dream I still hold most close is that of directing a film in Bollywood and doing a comedy there too.” 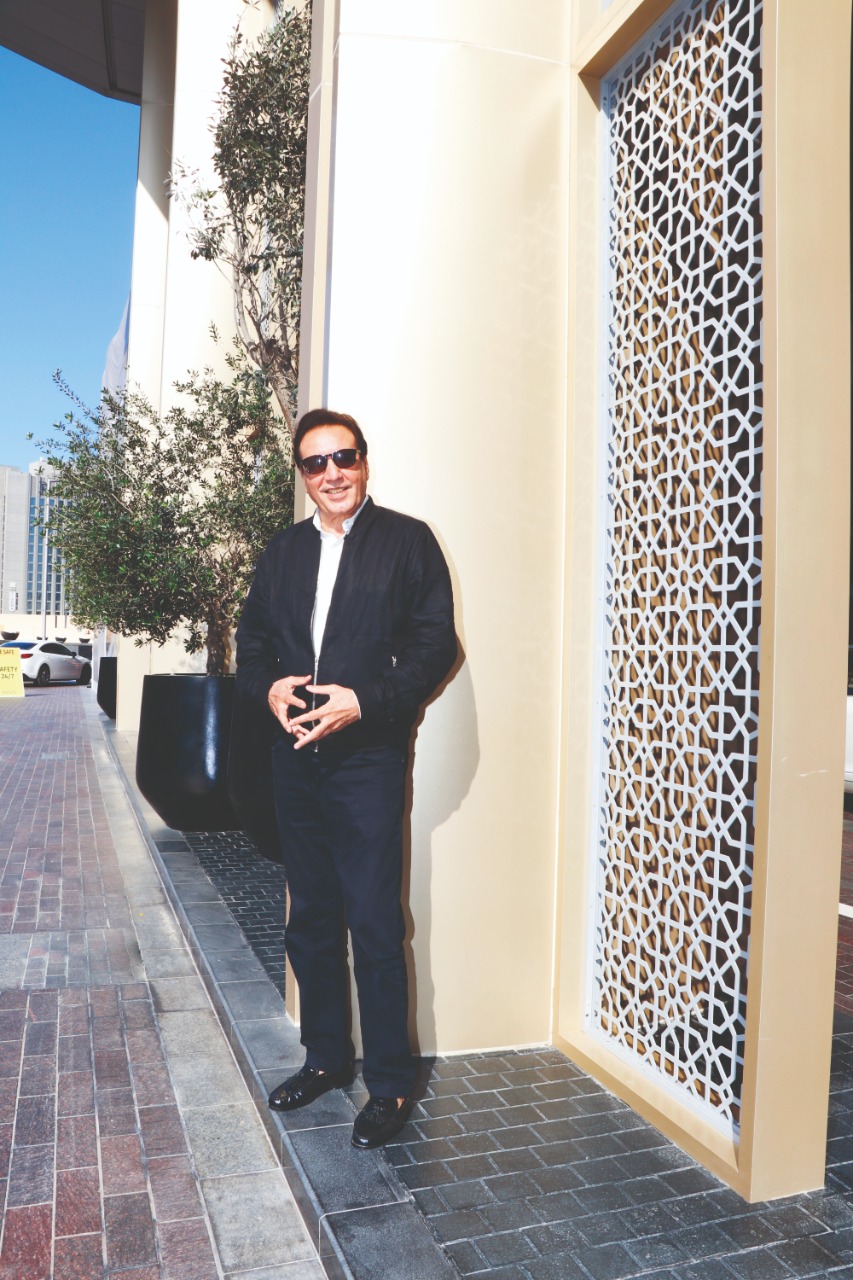 Biography vs biopic
With more than four decades in the industry – of doing theatre, television and films, the actor admits that his life has been a rather eventful one. So, what about a film on his life? “May be at some point! I am in the mood to write a book. I have had a very interesting life, so many aspects, so many ups and downs from how my career started in Pakistan to my career in Bollywood. There’s a lot to share,” he smiles.

Women who matter!
Dashing and dynamic, the star has enjoyed a huge female fan following across generations! “Yes, I’ve always had a huge women fan-base and I was loved by them. What can I say, I guess I’m lucky. I respect women. The world is incomplete without them and they command our highest respect and I hold them all in high regard.” But wasn’t marriage on his mind ever post-divorce? “After Salma (Agha), there’s been no one. Maybe I am used to staying alone, aadat hi nahin hai, maybe that’s why I never thought of marriage,” he says candidly.

Trade secrets
“There’re no secrets as such! I enjoy life, believe in positivity and fitness. As for longevity professionally, well I believe that we have to evolve and grow constantly. Have an open mind to the younger generations. Roles-wise I fit into all kinds and all genres. I can sing, dance, play intense roles, do comedy!” And any words of advice for the new gens? “Practice the three Ps of Professionalism – Passion, Patience, Punctuality!”

OTT calling
“OTT is the future and I would definitely be acting in and directing projects for the digital platforms in the near future,” he says.

Best Compliment
The star says it came from “one of the greatest actors of our sub-continent – Yusuf Saab” (legendary star Dilip Kumar) and adds that it has been one of his biggest achievements too. “I first met him in London at a common friend’s dinner. As we were being introduced, he recognized me from one of my shows (Ankahi, 1982) and shared how they (Dilip Kumar and wife Saira Banu) were planning to watch one episode, but had ended staying up all night and finished all 13 episodes. That for me was the biggest compliment I could’ve ever gotten.”

Autograph over selfies!
“Yes I do miss the autograph age! I don’t associate with the social media too much, though I did try. There was a different charm back then. Today just about anyone can have an access to our lives. Nothing is sacrosanct!”

Looking back
“I’ve seen it all through my journey – success, struggles, highs, lows, good times, hard times… I have seen bad days in Pakistan, when after a few of my films flopped, people told me ‘Aap Karachi vaapis chale jaaye, I refused to budge. I went on to make one of the most expensive films back then, the first one in Dolby, overnight things changed, so I believe in just being positive and doing my work to the best of my capabilities.” Any regrets? “Back then I did so many films that I should not have done, but at that time those films kept my kitchen and home running. So, no regrets,” signs off the star.