Bollywood actor-producer Gaurav Chanana has been wowing audience with his path-breaking content in the world of commercials. But more than that, Gaurav’s been earning brownie points for being a good Samaritan with his generous acts on sets.

While it has been widely reported that during these crucial times of pandemic when employers have been looking at cutting costs, the Ishkq in Paris star has done just the opposite! As the head honcho of his production house Lucifer Circus, the actor-producer has doubled up the payment of the daily-wage workers. And now we have learnt that besides doubling the wages, Gaurav ensures that the payments reach them by handing it out personally. 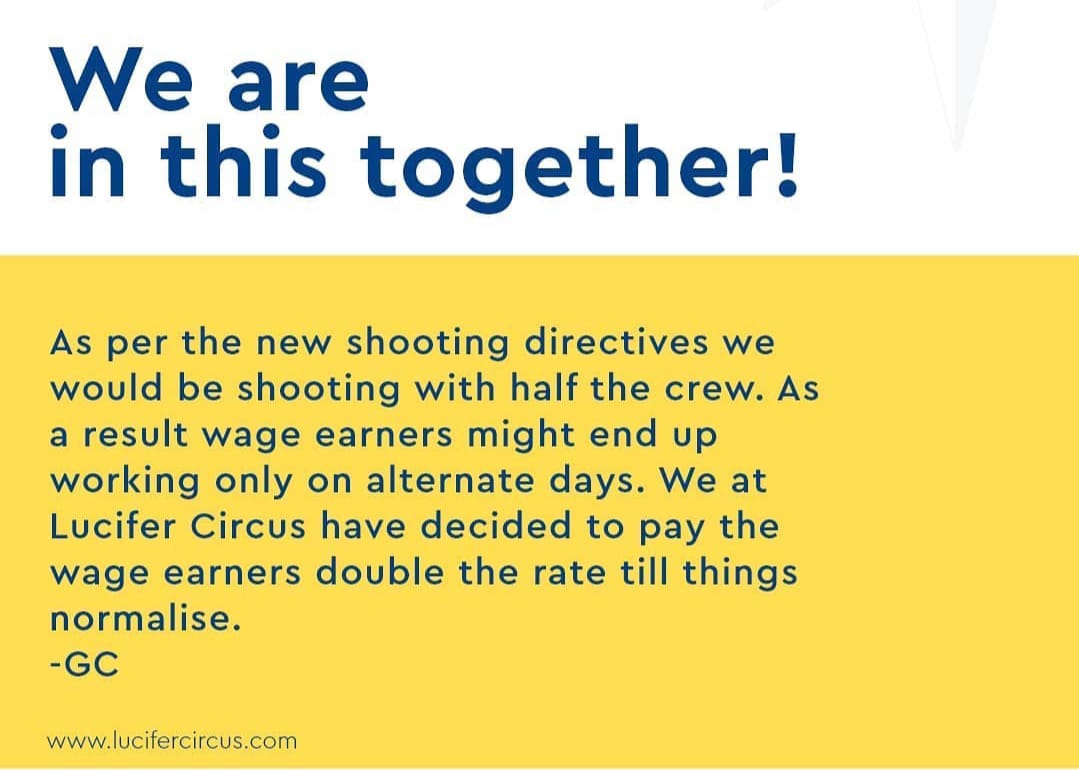 A source from the production house reveals, “We started shooting as soon as the lockdown was lifted. While everyone was scared initially, the extreme sanitary and hygiene measures taken by the production house on the sets put us at ease. Right from the sets to the food, everything was taken care off and not just for the stars but also for the staff down to the basic spot boy. And the daily wagers were thrilled to know that during such trying times, when they are facing losses when working on other projects, Gaurav has been ensuring that they get paid double.”

What’s more, to ensure that the money reaches them, he has taken charge of disbursement himself. The source shares, “He hands them out the wages himself to make sure that the promised payments reach them and are not fleeced off by the middle men of any kinds.”

The insider adds, “Gaurav doesn’t talk about it, but he just hopes that others follow and try to do their best to ensure that these daily wagers don’t suffer losses. He feels that they are the ones who need financial stability the most at times like these, when so many of them are on the verge of starving.” Well, that’s truly a nice gesture and hope Gaurav’s generous act does inspire many more to follow his example.

Hollywood star Steven Seagal has a special wish for THIS Gulshan Grover starrer; Tap to find out more

Preity Zinta shares a video of her family’s apple orchard in Himachal. Click here to watch it!