The film is a spectacular treat for the Kong – Godzilla fans and the epic battle between the ‘titans’ will keep you engaged right till the end!

Godzilla VS Kong begins with director Adam Wingard clearly having a fan-boy moment, as he confesses that through this film he has lived out his childhood dream of having Kong and Godzilla battle it out. It was a refreshing moment as his dream actually resonates with that of the franchise-fans who have wanted to know what the outcome would be seeing the two alpha titans take on each other. 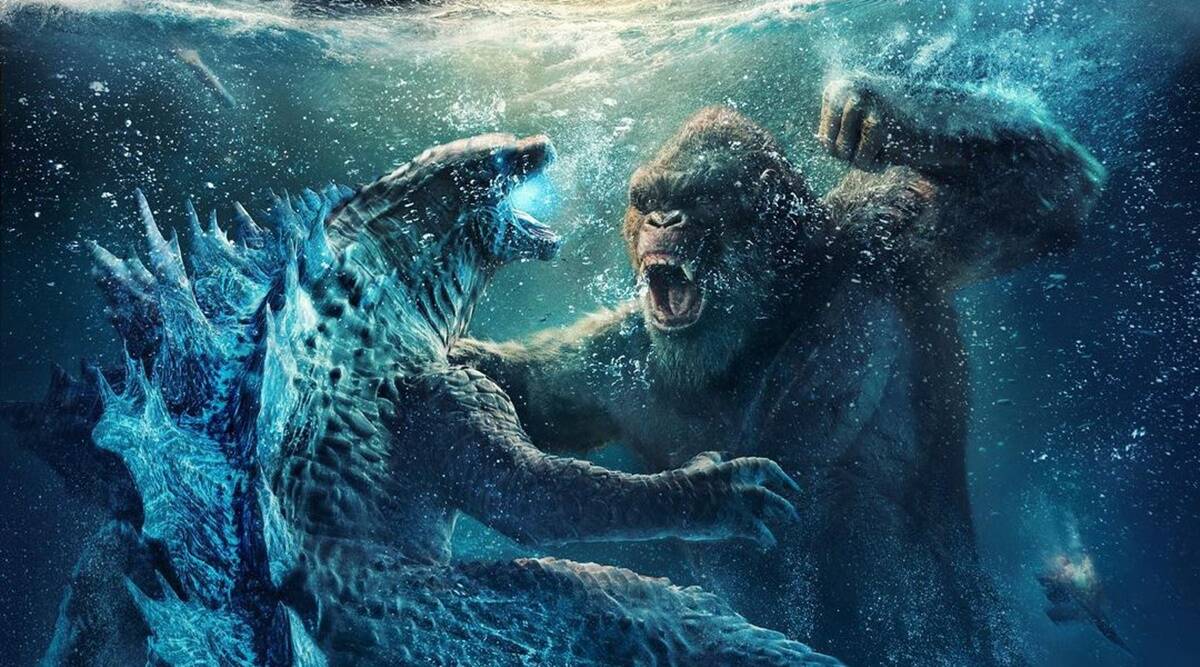 The fourth film in Legendary’s MonsterVerse, Godzilla VS Kong follows the events from the earlier Kong: Skull Island (2017) and Godzilla: King of the Monsters (2019). Kong is now on a guarded artificial island under the care of an agency, Monarch that looks after his safety and keeps track of other ‘titans’. His movements are closely monitored by Dr Ilene Andrews (Rebecca Hall) and while she is working on communicating with Kong, Jia (Kaylee Hottle) an orphaned Iwi child who she has adopted, forms a special and a very strong bond with the beast. Kong is aware of the island not being a real one and longs for a real home.

Meanwhile, Walter Simmons (Demián Bichir), the CEO of Apex – a tech organization that works on these beasts and is invested in trying to solve the ‘Titan’ problem – has his own plans for the alphas. However, when Godzilla emerges provoked by an unknown threat and attacks Apex, Bernie Hayes (Brian Tyree Henry) a former Apex technician-turned-conspiracy podcast theorist, and a young teen Madison Russell (Millie Bobbie Brown) suspect that the organization is somehow responsible for Godzilla’s attack. They believe that Apex has some sinister plans and the duo along with Madison’s friend Josh Valentine (Julian Dennison) set out to uncover the secrets of the organization and their involvement with Godzilla.

On the other hand, a project led by Monarch geologist Nathan Lind (Alexander Skarsgård) soon has Kong en route a new home. Also a part of this team is Maia Simmons (Eiza Gonzalez) who has an ulterior motive of leading Kong to his new home. But moving Kong out of the sheltered island attracts Godzilla’s attention and the two alphas sense each other’s presence. As only one alpha titan can reign, it leads to an inevitable yet epic clash!

The filmmaker has clearly tick-marked all the boxes on the requirement checklist that the films in this genre are expected to have. You’ll find the tender moments shared between Jia and Kong tug at your heart strings, while the trio of Bernie, Madison and Josh provide situational laughs. But most of all, you’ll find yourself rooting for the alphas as they indulge in a clash that’s befitting the mighty titans.

Director Adam Wingard is super-indulgent when it comes to treating fans with action and their high-octane fight sequences, that almost look humanised. The premise of the story is simple and largely predictable, yet the spectacular visual treat manages to engage all your senses. The sequences of the Earth’s core and the underwater fights are stunning and deserve a special mention. Scoring high on the CGI, it’s a film to be experienced in a theatre indeed. So go for it!

Produced by Legendary Pictures, Godzilla vs Kong is distributed by Warner Bros. Pictures.

3 Simple but genius ways to fight the frizz

Sunny Leone to star in a psychological thriller titled Shero

Food review: The Fish Market is an indulgent treat for sea-food lovers!