Ek Villain Returns, the sequel to the 2014 hit Ek Villain is already in the works and is now slated to release next year on Eid. The film directed by Mohit Suri has already been creating quite a buzz. Today, the makers of Ek Villain Returns teased the audience with a new digital poster of the film. 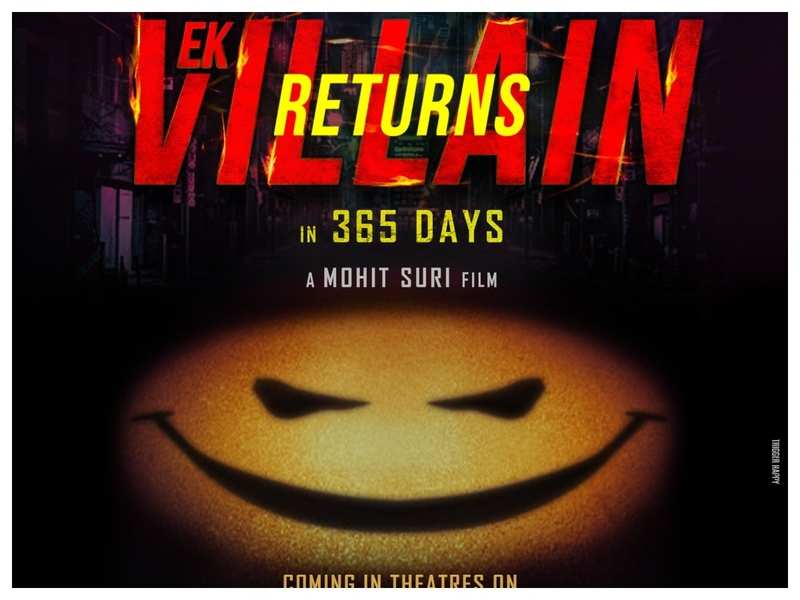 The new poster announces the release date of the film as 8th July. With the promise of packing a punch given its high-octane action scenes, Ek Villain Returns is all set to trace a different storyline.

Sharing her excitement, producer Ekta Kapoor shares, “Ek Villain is back with bigger action, thicker suspense and double the drama! Ek Villain is Balaji’s most special flagship franchise and now Ek Villain ‘Returns’ to keep the audience on the edge of their seats. I have loved every moment of making Ek Villain Returns and am thrilled that the movie will have an Eid release. We are looking forward to giving the audience an out-and-out power-packed theatrical experience!”

Talking about the movie, producer Bhushan Kumar adds, “We have upped the scale of Ek Villain to make Ek Villain Returns. The movie deserves an Eid release and I’m so excited that we are doing justice to the movie. You will not want to miss all the action that we have in store for you!”

Starring an ensemble cast including John Abraham, Arjun Kapoor, Disha Patani and Tara Sutaria, Ek Villain Returns is touted to be one of the most awaited and biggest action-thrillers of 2022. The movie is directed by Mohit Suri and jointly produced by T-Series and Balaji Telefilms.