Hombale Films has announced its entry into Malayalam film industry 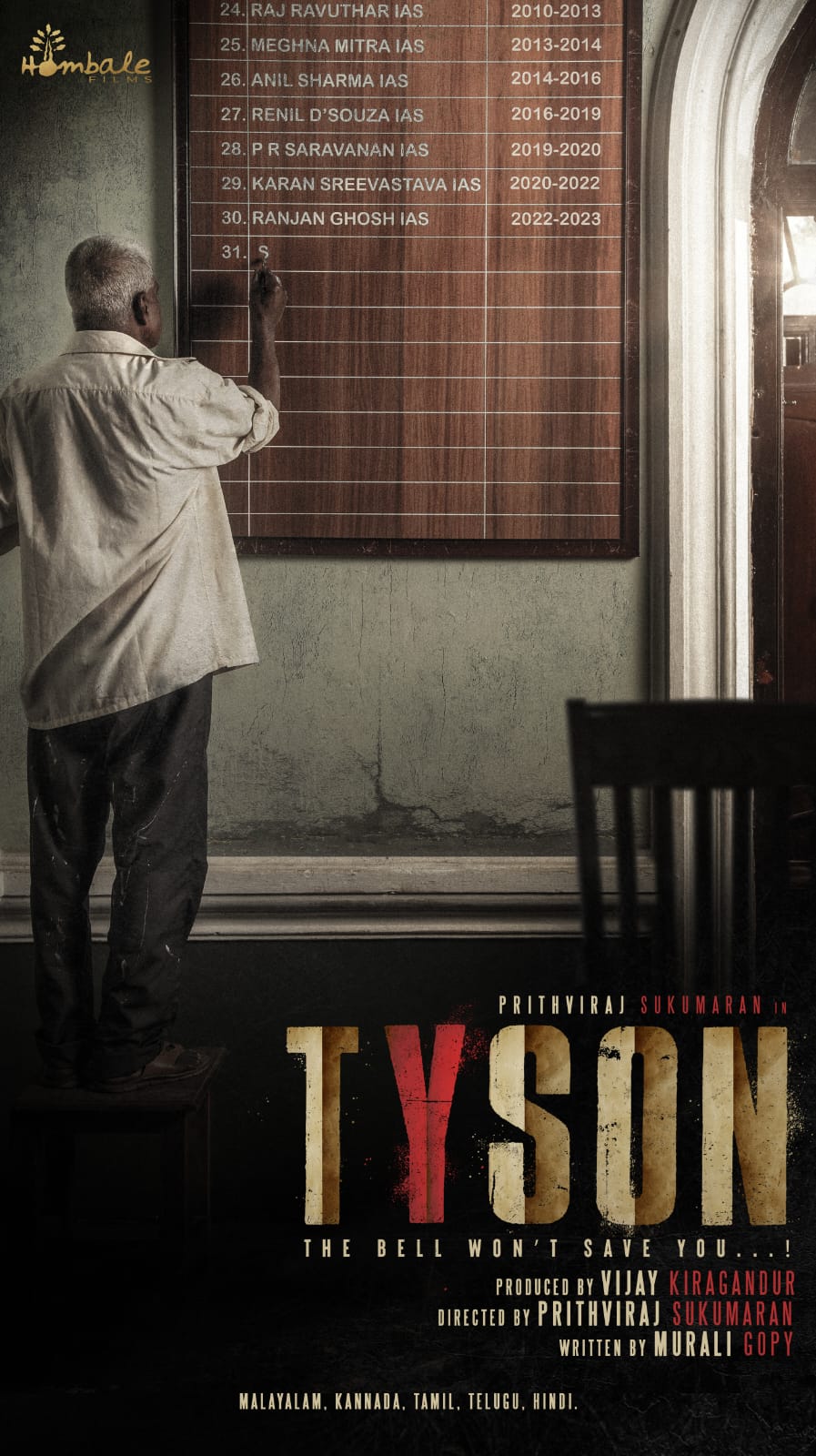 Hombale Films has announced its entry into the Malayalam film industry with the Mollywood stalwart Prithviraj Sukumaran in the lead. Tyson, produced by Vijay Kiragandur under the banner of Hombale Films is going to be an action-packed socio thriller to be directed by Prithviraj Sukumaran and scripted by Murali Gopy. Set against the backdrop of contemporary India, the movie marks the third collaboration between Prithviraj and Murali Gopy, following Empuraan, the sequel to the record-breaking Malayalam blockbuster Lucifer. Lucifer was also a mega hit directed by Prithviraj Sukumaran. Tyson is touted to be one of the biggest ever from Kerala. The movie is slated to go on floors in the last quarter of 2023 and will have a pan India release in 2024 in all the four South Indian languages and Hindi.

Happy to announce our next venture #Tyson with @PrithviOfficial.

This landmark project will also mark the Malayalam debut of Hombale Films in the Mollywood industry. They have taken the industry by storm with Yash starrer KGF Chapter 2. Post KGF release, they’ve had 6 mega movie announcements in the span of one month. With Salaar under its belt and the likes of Yash, Sudha Kongura, Prashanth Neel, Rakshit Shetty, Prithviraj Sukumaran at their side, they are ready to mark their presence across the film industry and Indian cinema.

As per sources, the magnitude and scope of the movie Tyson is going to be gigantic. The movie will include a list of top actors and technicians, the details of which will be revealed soon.

It's action all the way for Prabhas with 4 epic actioners!

Celebs that are full time stars and part time entrepreneurs

It’s action all the way for Prabhas with 4 epic actioners!