Southern superstar Kichcha Sudeep of Makkhi and Dabbang 3 fame, who completed 25 years in Indian cinema and celebrated it in a grand extravaganza at Burj Khalifa (which projected his lifetime achievement on its luxurious facade), speaks to Manju Ramanan in a candid interview. Sudeep also released a teaser of his upcoming film Vikrant Rona that was projected on the world’s tallest building. The producers have released the below poster to keep the suspense alive! Excerpts from my interview with Kichcha Sudeep in Dubai. 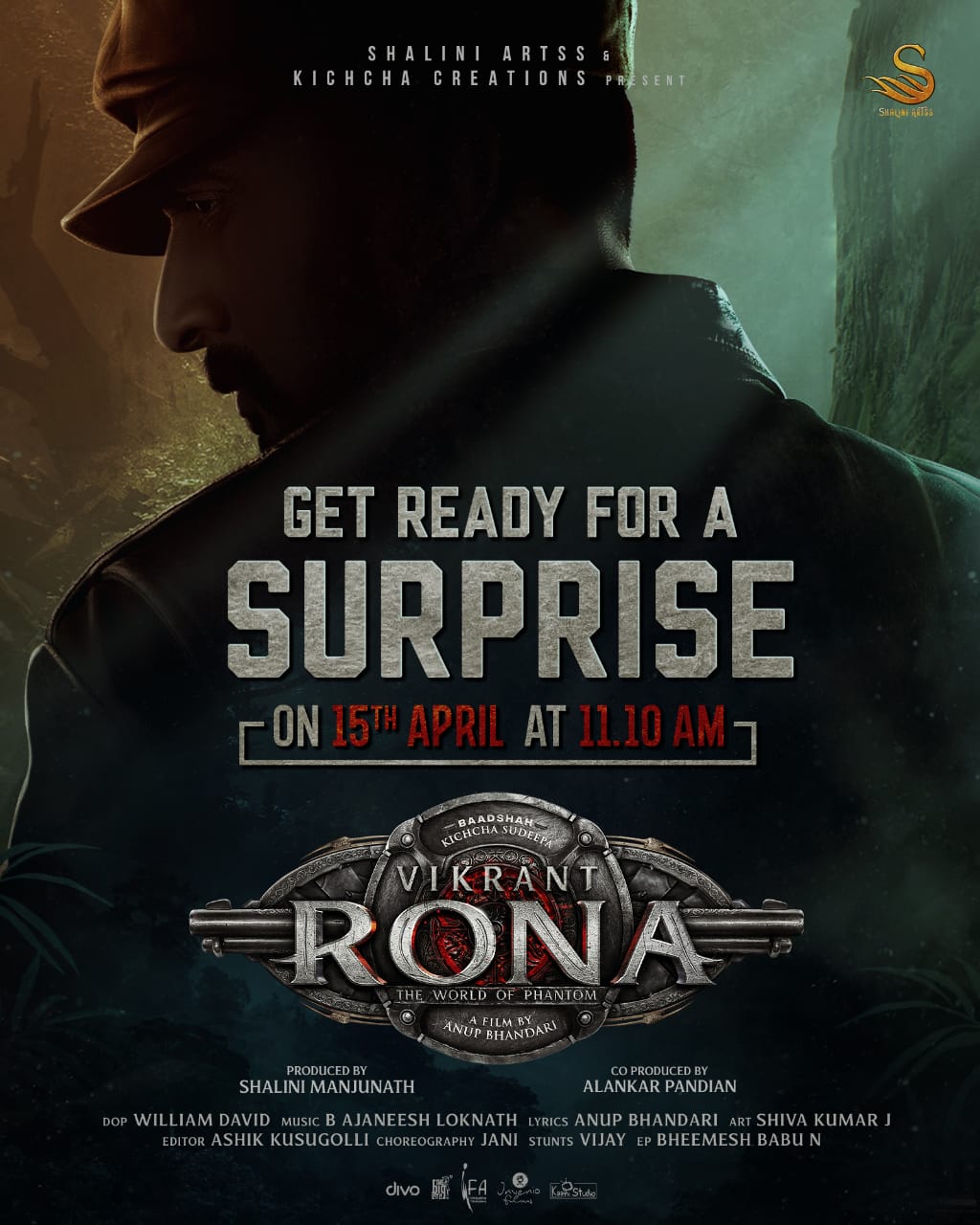 You shot and released the trailer of Vikrant Rona in Covid times?

We are in blissful times right now and we are talking to each other. This is a good time compared to a few months ago. Somebody had to start work. We had erected huge sets etc to tell a story in a huge way. There were four floors of jungle sets and real plants were brought in. We hadn’t yet heard the word “bubble” and we went to Hyderabad and hired the right people.  We set the protocol on how the unit should function under the pandemic, how people should work, eat, keep themselves and their surroundings safe, in fact we had a team to monitor them. When a set of people walked in, they were sanitized and then when they left, the unit was sanitized. People took great effort and the result was good. Not one case came out of our sets. I believe that if you do something with the right intentions, everyone is on the same page and you will all be in a good space.

Is it a fantasy film?

This was a very small and beautiful story I heard. We sat through it and I had a chat with my manager and producer saying that it should be narrated in a huge way. It will be a visual treat like a Jumanji and my character is like that of an Indiana Jones. This is the best I can explain at this moment. We did think of shooting in the real jungles but we realised it might not be safe. Also, we had to shoot during the day and then in post-production convert it into night – we didn’t want to do that as well. So, we shot indoors on set. We made it large scale. The ferry used in the film is very high which originally was planned to be a yacht or a motorboat. So, we innovated and worked hard. We released the first look and it went viral because there was nothing happening around that time. The film will release in 50 countries and in several languages. Covid 19 actually supported us.

You are an engineer, a cricketer, film-maker, actor and more – how did you employ all those skills in your films?

The best part of education is that, all of it comes together and you can’t segregate it. You are programmed that way. I love cricket and enjoy playing it between shots.  I enjoy cooking too.

How did you meet Salman Khan and how did Dabbang 3 happen?

I am friends with Sohail Khan and have always admired Salman Khan and we have mutual respect and love towards each other. My daughter is a huge fan and once during a shoot, I requested him for a photo with her. When I called out to her but, she was missing. Salman waited till she came and took a picture with her. When Dabbang 3 happened, he said “Kichcha karega,” and called me.  If this film wasn’t with Salman Khan, I wouldn’t have done it. It was a role unlike anything I had done before. Also, in the fight sequence with him where I had to kick him, I couldn’t do it out of reverence to him. Prabhu Deva sir kept telling me, but something didn’t work. Finally, it was shot using another angle. (laughs). Salman is a generous man who gives us abundance of love and respect. He once flew down and visited us at home. He presented me a car and looked after my family in Mumbai when I wasn’t there. He called them home for a meal and pampered them. That is why he has people with him always. There is a like-mindedness we share and he is one of a kind. 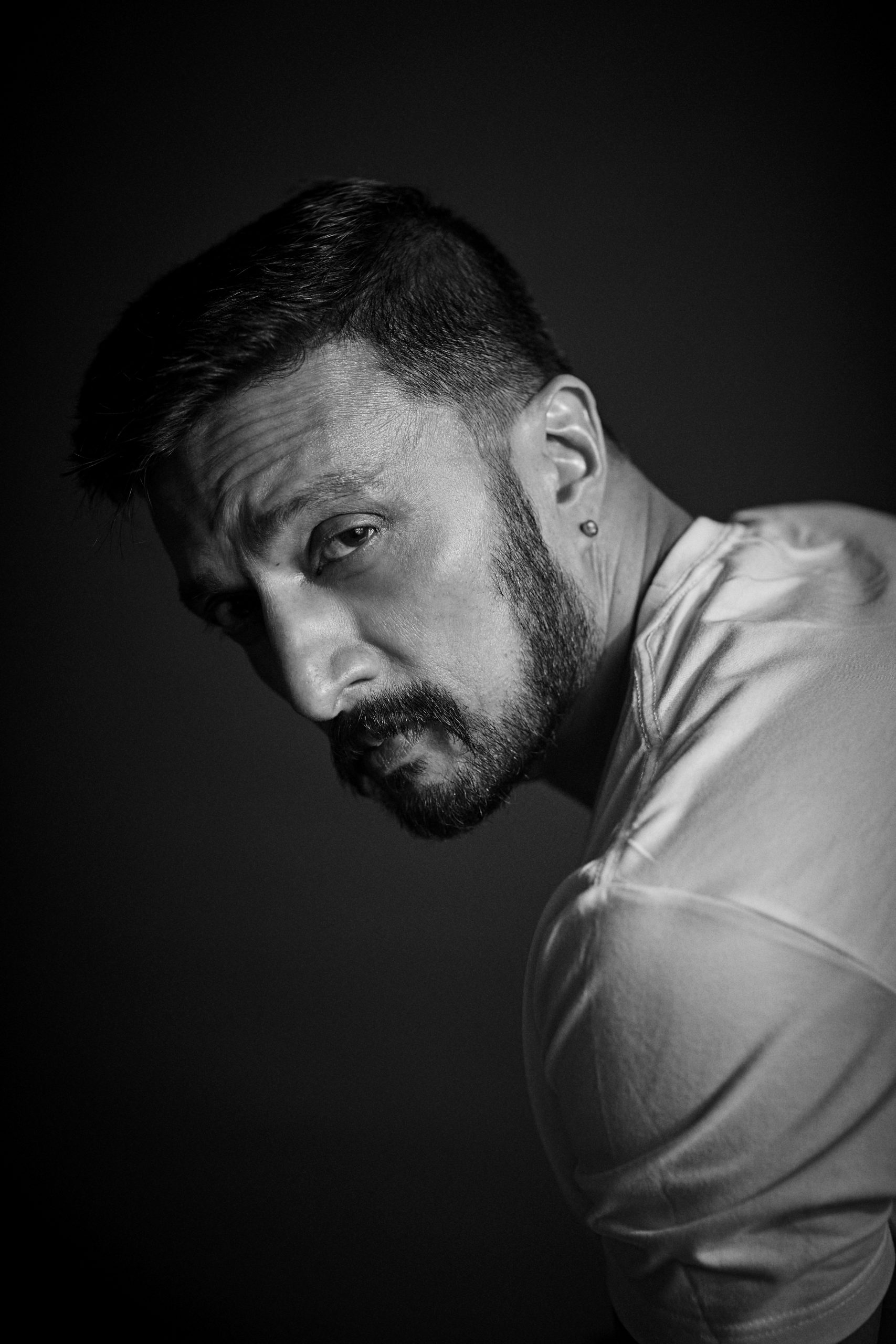 You completed 25 years in Indian cinema?

It isn’t the number of years I have spent in the film industry. It is the fact that I am still relevant and people love and respect me. When a film releases and does well, my fans make me feel like superman. 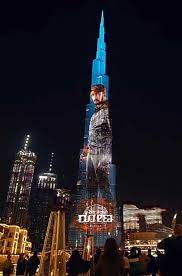 How was it working with Prabhu Deva?

Is very simple. He doesn’t complicate things for you and no one knows when the film begins and ends. It is that smooth. I am happy that he didn’t choreograph me. I would have given dance a new meaning. (Laughs). His brother Raju Sundaram is a good friend and we have worked together quite often. He knows my reluctance to dance and always gives me steps that I can do, especially when the actress next to me is a good dancer. (Laughs). Prahu sir is like a child. He is full of questions and very down to earth and simple.

How did you pull yourself out of your tough times?

I love that phase and believe that that is what made me today.  Today I know where I am. That time I didn’t. If we say 2020 was such a horrible year, you can easily say that I had 8 Covid years in my life. I wasn’t a choice for anyone – everyone rejected me. I wanted every hero to reject every film so that whatever was left could come to me. Between 2006- to 2010 my earning was Rs 500 in all the films I did. I was paid Rs 25000 for a TV series. I never took money from my dad. My wife was earning though. But things change. ( Smiles) 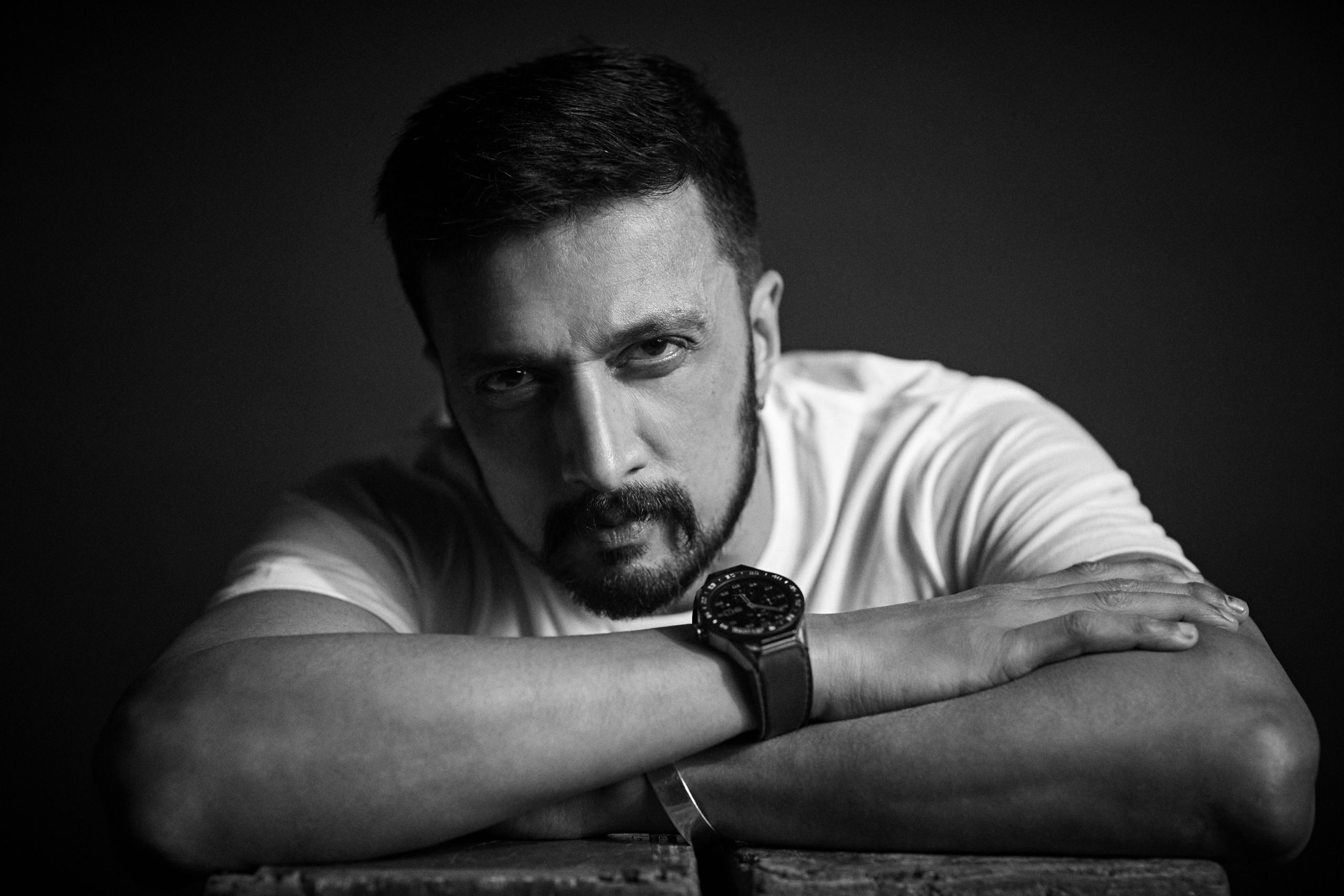 The name Kichcha .. is a character from my first hit film Kiccha and the name stuck. People recognize the character and learnt my real name much later.

I met my wife Priya.. In college. She was my girl-friend’s friend. She wasn’t the love of my life then. Today she is.

A song I first sang to my wife…  wasn’t in Malayalam. I sang Jab Koi Baat Bigad Jaaye.

Your toughest action scene: Is at home with my wife. There is one clear winner, my daughter Saanvi. (Laughs). On set, it was Vikrant Rona where we shot a full scene without any cuts. It took months of research and it doesn’t have stylishness but it is a very natural looking fight sequence.

A Hindi film you have loved. Jo Jeeta Wohi Sikander. I watched it 15-20 times. I also love Lion King and Khalnayak has been an all-time favourite. I watched four shows of Khalnayak back to back.

What happens when Javed Akhtar's spills soup on his clothes while having a meal? Shabana Azmi sings out his witty response!