All eyes are on the new Bridgerton collection by Malone Souliers. To mark the arrival of the exclusive 14-piece Bridgerton capsule collection, Malone Souliers, in partnership with Shondaland and Netflix, launch a new campaign which celebrates confidence, individuality, and the empowering magic of the grand entrance. It’s an adventure through a series of lavish interiors, exploring each shoe in the Bridgerton X Malone Souliers collection as a unique character out to make a dramatic first impression. 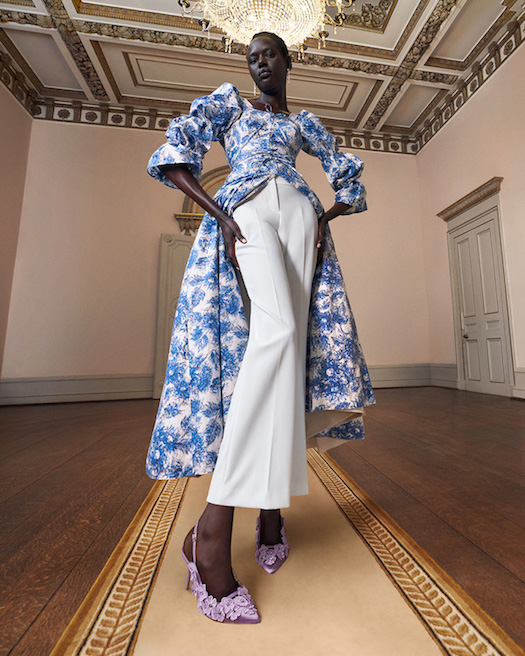 The Bridgerton X Malone Souliers collection takes its cues from the scandalous spirit and sumptuous outfits of Shondaland’s hit TV series for Netflix. Iconic Malone Souliers styles Maureen and Frankie are reimagined in opulent Regency-inspired materials that reference characters from the show – including pale blue floral jacquard for Daphne Bridgerton to a yellow moiré for Penelope Featherington. The Marguerite in lace mesh incorporates an empire-line silhouette and delicate velvet bow embellishment – both details a nod to Regency fashion. Ball-worthy embellishments amp up the drama in the Marion slingback – now embellished with an abundance of crystal-studded organza flowers – and the Sonia Sandal, which comes with a startling plume of electric blue feathers inspired by the beautiful hats featured in the new season of the show. Men’s styles, meanwhile, propose a series of suave slip-on silhouettes that are perfect for dancing (and courting), from the tasselled Alberto loafer in delicate turquoise suede to the Rene slipper, which has been reimagined in a dark navy floral jacquard inspired by Anthony Bridgerton’s wardrobe. 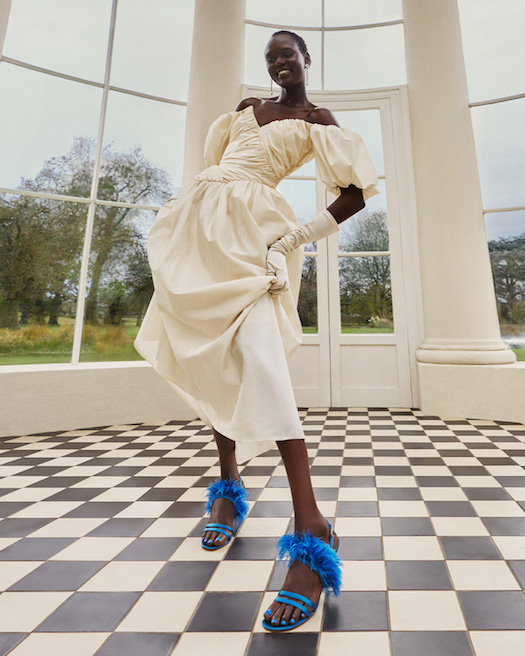 “I’m so excited to bring this new collection to the world with a Bridgerton-worthy level of drama. We had a huge amount of fun designing this collection and getting inspired by the show’s incredible costumes, so I wanted to capture some of that energy for the big reveal. I can’t wait to see these shoes turning heads as they step out in public this spring.” – Malone Souliers Creative Director and Founder Mary Alice Malone.