After a roaring theatrical success, Nani’s Shyam Singha Roy premiered on Netflix on the 21st January and has bagged a sensational record on the platform. It has become the third most-watched film on Netflix. 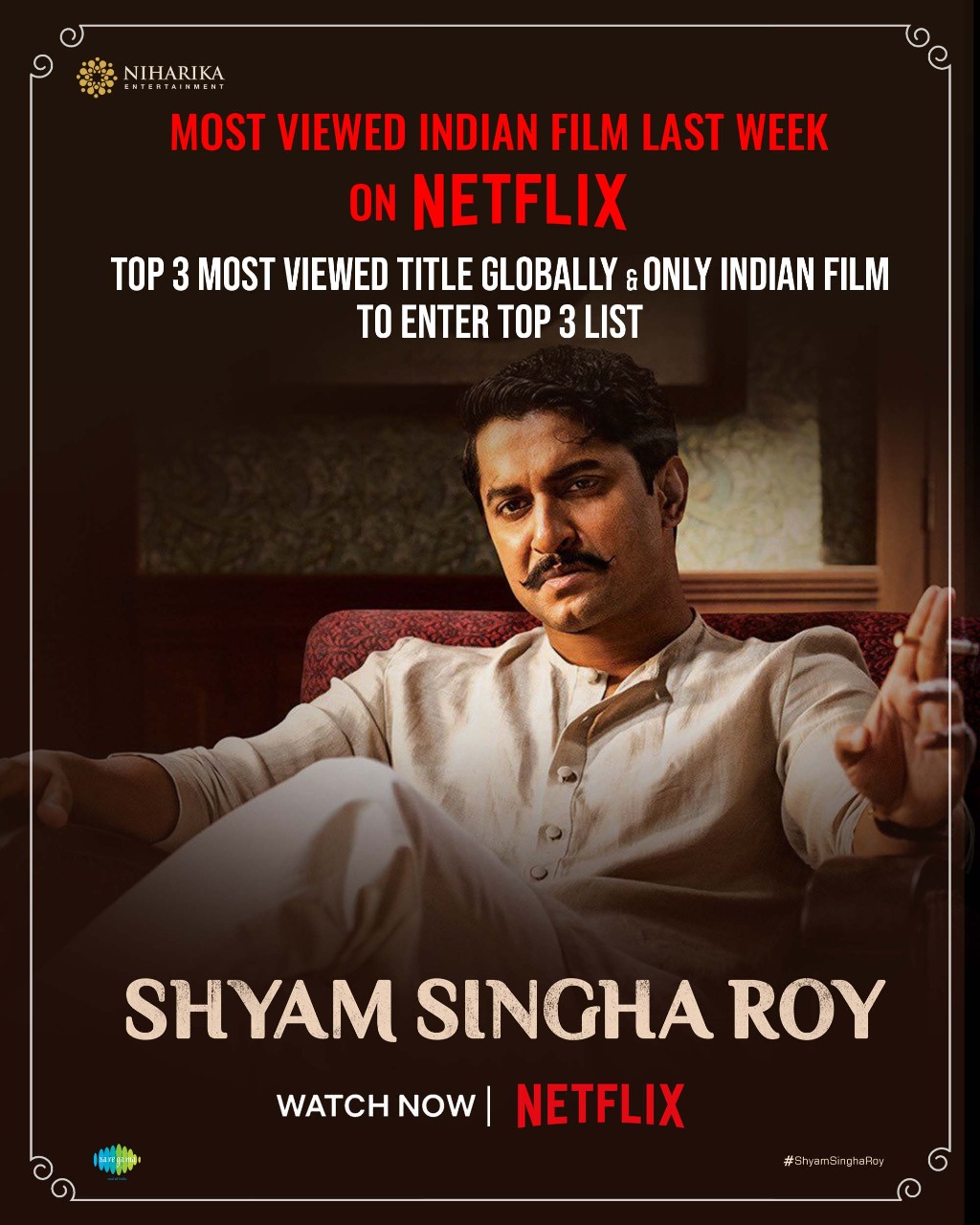 In the first two days of its release, the movie has recorded 3,59,000 viewing hours. It is ranked third in the most-watched non-English films globally on Netflix for the week (Jan 17th to 23rd). Interestingly, except for Shyam Singha Roy, no other Indian film is on the Top-10 list for that week.

Also, this is the first time an Indian film found its way into the Top-3 of the most-watched films on Netflix Global list. This is also the first time a Telugu film has got into the Top 10 of Netflix which speaks about Nani’s popularity and the reception the movie has been getting.

Rahul Sankrityan’s vision, the performances of Nani and Sai Pallavi along with Niharika Entertainment’s Production Values are being appreciated by one and all.