Nawazuddin Siddiqui has been roped in for the HIT director Sailesh Kolanu helmed film Saindhav. It will be interesting to see two powerhouse talents Venkatesh and Nawazuddin Siddiqui together on screen. Also its interesting as the film marks Nawazuddin’s debut in Telugu. Produced by Venkat Boyanapalli under the banner of Niharika Entertainment, the film goes on floors soon. 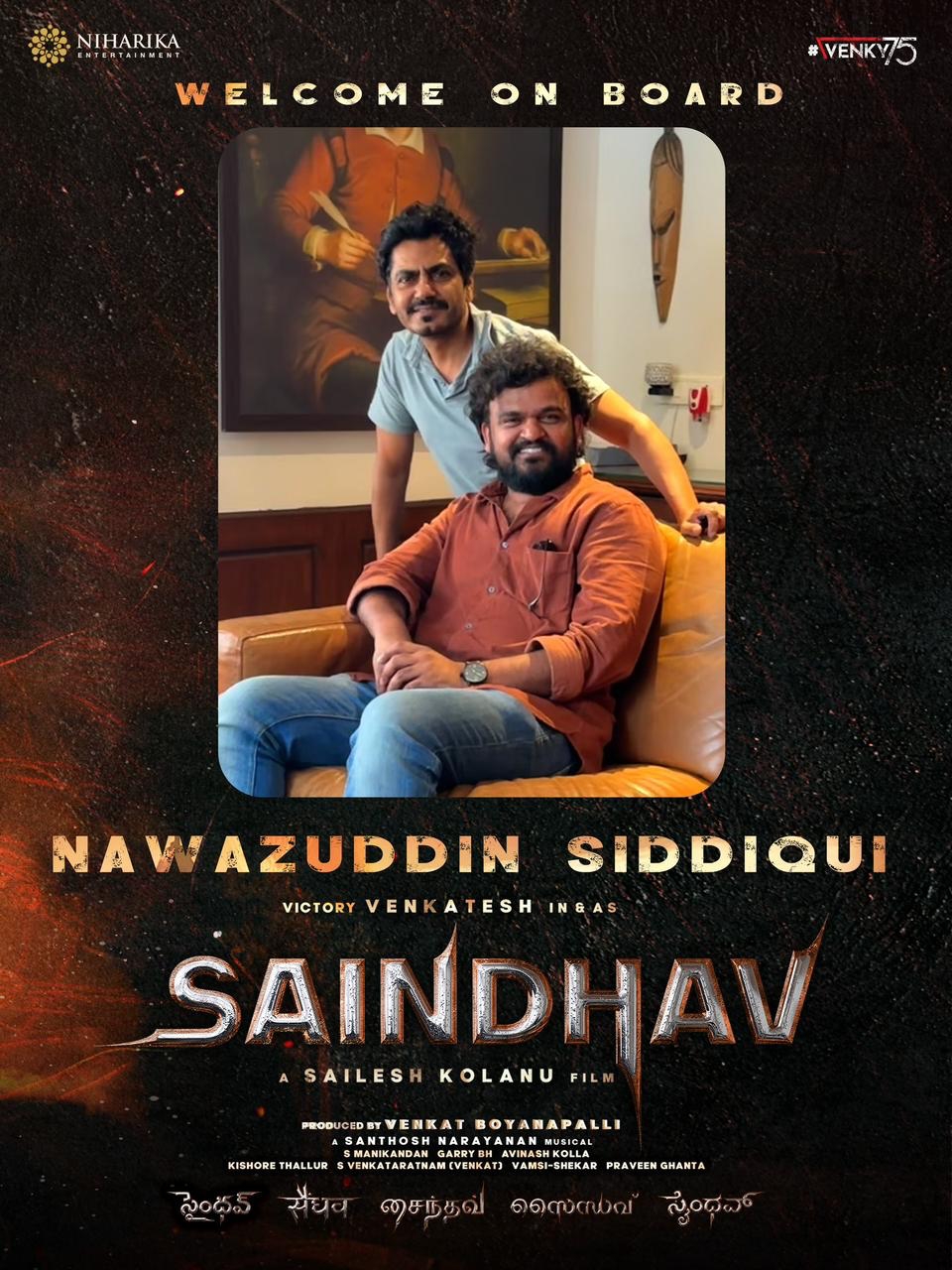 A day after announcing the title and releasing a glimpse, the makers came up with this update. Saindhavi will be made on a massive scale with a lavish budget and this is going to be the costliest movie for Venkatesh. The star-studded movie will feature several prominent actors with an eminent team of technicians handling different crafts.

The makers will announce the other cast soon. Saindhav will release in all southern languages and Hindi.

0
Aakanksha Naval-Shetye January 26, 2023
No Comments Yet