Get ready to witness his brilliance in The Song of Scorpions

In its first year of establishment, Panorama Spotlight along with 70 MM Talkies is all set to bring a Feather Light Films and KNM production entitled, ‘The Song of Scorpions‘ , which is the final work of the late legendary actor, Irrfan Khan. The banners offer a golden chance to witness the mesmerizing performance of the actor on the big screen one last time. 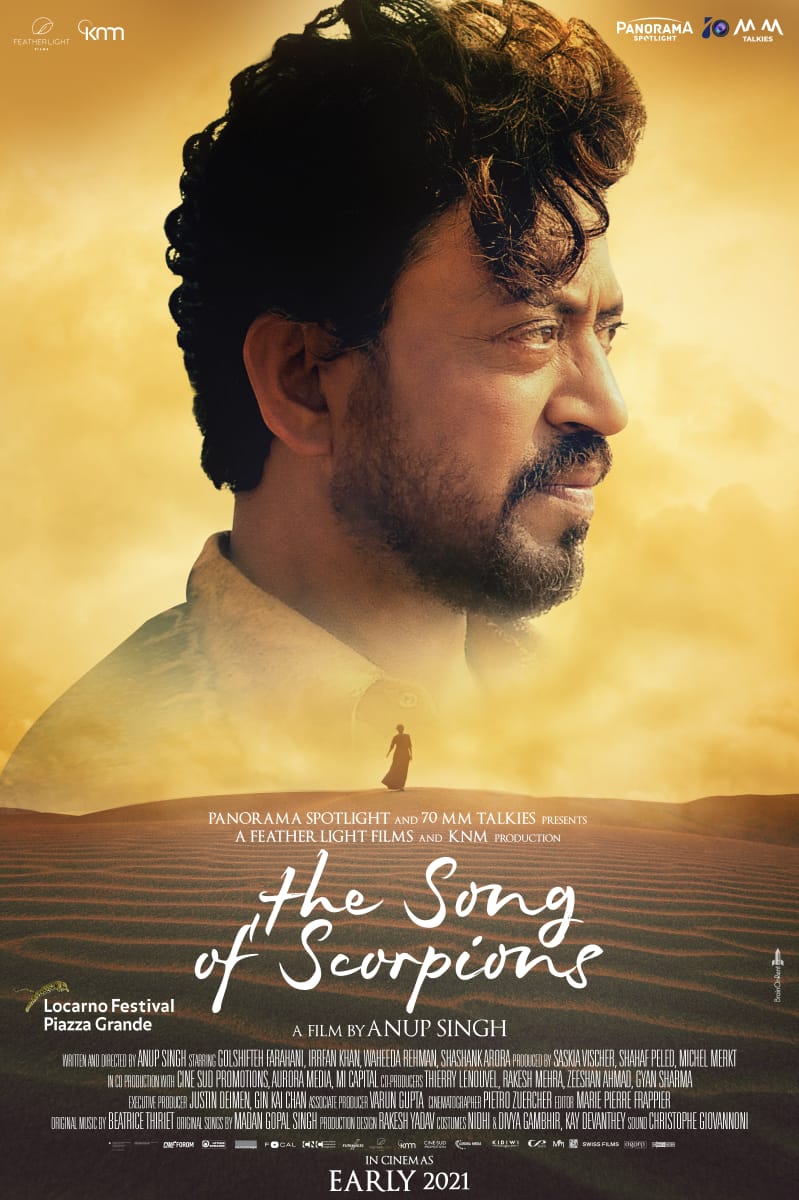 Directed by Anup Singh, the Irrfan Khan-starrer is an empowering drama that revolves around an independent young tribal woman, who tries to overcome a brutal betrayal so as to find her voice. One of the prime highlights of the upcoming film is that the actor will be seen in a memorable role.

Producer and Director at Panorama Spotlight, Abhishek Pathak says, “The Song of Scorpions is a special story and it is truly an honour for us to present Irrfan Khan’s final performance in it. We will be offering this film to the audiences as a tribute to the beloved star of Indian cinema. The era of cinema in India and abroad has benefitted from his acting prowess and we’re happy to have canvassed his swansong.”

70 MM Talkies is a brand that has emerged from the common people, who are passionate about cinema. The sentiment at the banner is that there couldn’t have been a better way to embark on a cinematic journey than with the magician Irrfan Khan himself. Producer at 70 MM Talkies Gyan Sharma says, “We feel blessed that we are the chosen ones to present this gem to the world.”

The Song of Scorpions will be in cinemas in early 2021.