Actor turned director-producer Parambrata Chatterjee is riding high with impressive work both in Bollywood and Tollywood film industry. A leading name in the Bengali entertainment industry, he has earned much acclaim in Bollywood too. The prolific actor-filmmaker has his hands full with some good projects this year, even as he savours the success of his recent films. 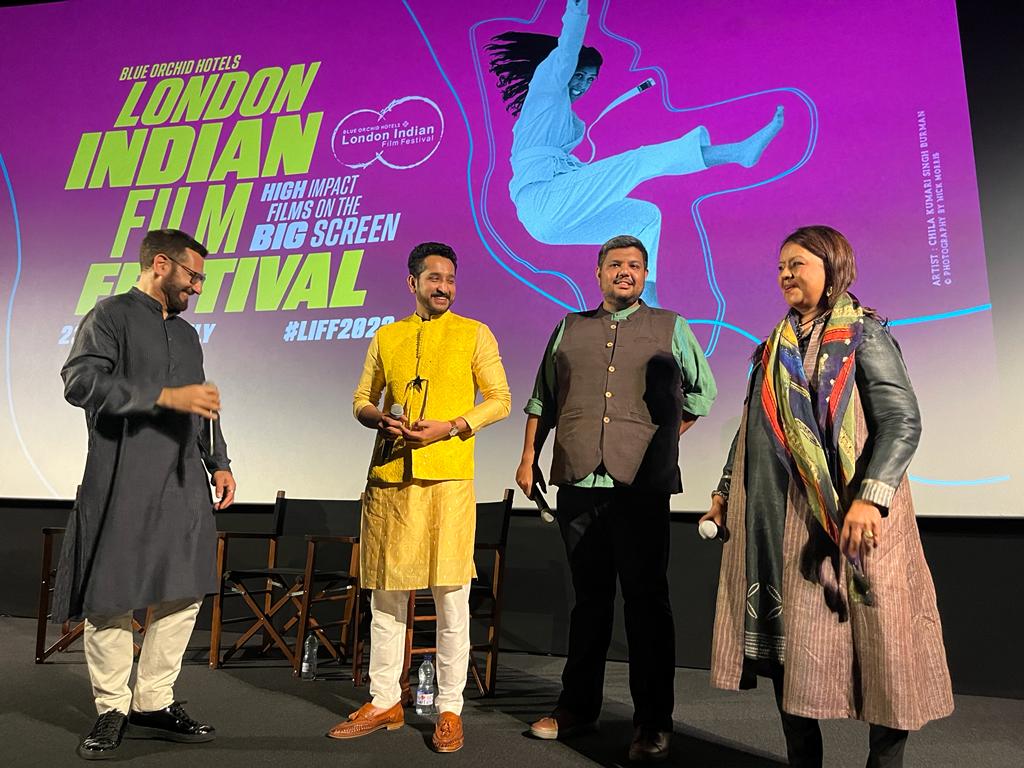 Parambrata is currently in London where two of his films were screened. The first one is Ghore Pherar Gaan that premiered on 2nd July at the London Indian Film Festival, which is directed by Aritra Sen who is Parambrata’s friend and partner for years in his production house. Ghore Pherar Gaan is a musical film focusing on the complexities of a modern relationship. This is the first time Parambrata Chattopadhyay and Ishaa Saha are pairing up. Gourab Chattopadhyay and Anasua Majumder are also part of the cast.

The other one was the critically acclaimed Abhijaan, a biopic based on the life of legendary actor Soumitra Chatterjee, which had a private commercial screening on 3rd July in London, directed by Parambrata Chatterjee himself . The film stars the late legendary actor, Jisshu Sengupta, Paoli Dam and Basabdatta. The film was released in April 2022, on the occasion of Bengali New Year. The Versatile actor Parambrata is extremely happy about the love and positive responses he received from the audiences at the screening.