Formidable talent, a fantastic body of work that can easy be reference for the actors to come, a deep and complete surrender to his craft, the guts to refuse films that didn’t speak to him, Padmashree Manoj Bajpai is a legend of his own making. The maverick, who has enthralled us with a series of films, be it Satya, Bandit Queen, Aks, Rajneeti, Zubeida, Pinjar, Aarakshan, Galiyan Guliyan, Aligarh made his web series debut with The Family Man, one of the most admired and loved series on OTT. His kind of cinema has redefined the narrative and today, thanks to the paths he paved, cinema that is content driven is widely lapped up and demanded today. He has been conferred the National Award for Best Actor yet again for his film Bhonsale. Excerpts from an interview with the path breaker Manoj Bajpayee

Any difference you feel in the web-series space versus big screen shoots?

For an actor, it all remains the same. From theatre, to television, cinema and now to web -series. It is a medium where the writers get the leverage to flesh out their characters and directors can explore to work in a new medium.

Where does that powerful performance come from?

Passion for the job, maybe. That has always stayed from day one. I look forward to being on set. I still get great roles. Age doesn’t matter, so I look forward to a Galiyan Gulliyan as much as to a Bhonsale. I accept awards with humility and gratefulness, but it very important to retain that madness always. It is the seat of all creativity. I work hard daily to better myself. I read aloud, I speak to myself daily. In Bhonsale, I play the retired  cop Ganpath Bhonsle Bajpai, who takes on  the role of an unlikely hero, as he protects a young Bihari girl and her kid-brother  from the wrath  and  disdain  of  a  political henchman who want to use  the  ‘Marathi Manoos’ card to send  all migrant labourers  back to  Bihar. 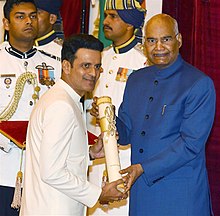 You enhance Hindi so well in your dialogues?

Language is an emotion. If you use it properly, it says a lot. You can pack the emotion in two words and it will resonate if communicated well. And though my mother tongue isn’t Hindi, I learnt it well, like I learnt English. I speak Bhojpuri as my mother tongue. As far as English, I really watch Shashi Tharoor and watched his passion with the language. I still read out Hindi poetry aloud daily or listen to poetry recitals. I used to be big time into elocution contests as a child.

You paved the way to cinema we see today?

In the 1990s and 2000’s it was tough to convince the producer to make a film like what we see today. I had to wait years to get a good role. It was either mainstream or the art films – today the middle road is the main stream and that is so heartening to watch. It is great to see socially relevant cinema, that once upon a time, mainstream producers would laugh at or negate Great change today and I wish this was there in the times I started out. 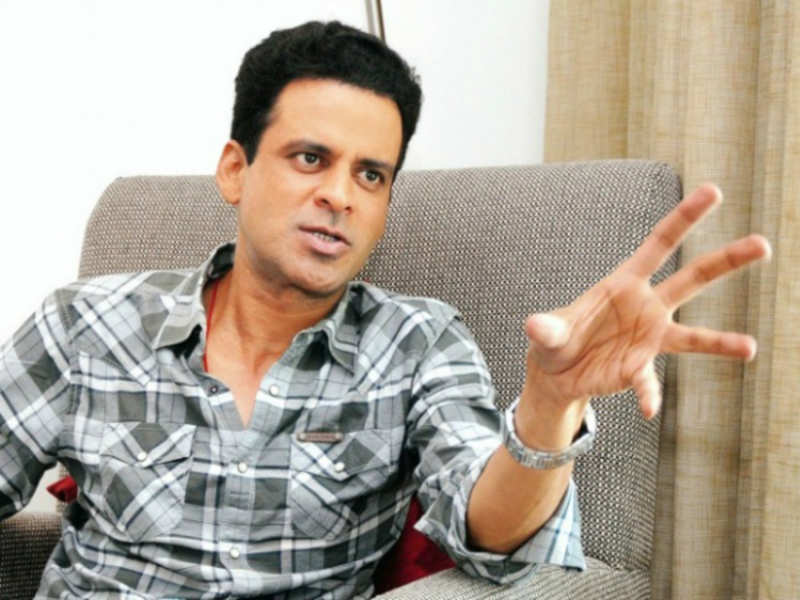 Have you offended people by saying no?
It is my personality. I don’t intend to offend anyone, I say no when I am not convinced. I feel that it is better to say no than keep someone guessing. I am pretty upfront of how I feel and people have respected that. Also, I don’t have regrets. I don’t look back at all. I don’t get nostalgic or wistful.

You have a fan base among the leading names?

It is great to be recognized for your work. Nawazuddin Siddiqui and I have done theatre together. Vicky Kaushal and Rajkummar Rao are doing so well.  I am happy that talent is getting used. Bollywood is known to abuse and waste talent or dumping good talent but today it is treated with respect and there are avenues where they can show their histrionics. Even if you are moderately talented, they are using you well.

The films that have moved you ?

I am very impressed by the work of Tamil film directors. Vetri Maaran, Kumaran Raja, and Pushkar and Gayatri. I made sure that I met them in my trip to Chennai just to let them know that I appreciate their work.  There are these young directors who are changing the grammar of cinema. It is humbling to watch a lot of regional cinema.

How do you balance a busy career and home?

Earlier it was different. I know how to switch now between home and work. I have much more understanding of other people. My spiritual practices have become intense. My daughter Ava – I call her my wild doll! (Laughs), keeps me busy!