It’s Raksha Bandhan and actors have taken to social media to wish their brothers and sisters a Happy Raksha Bandhan. Some have reminisced the past while others have thanked their siblings for always being there. In fact, Akshay Kumar released the poster of his upcoming film Raksha Bandhan by Anand L Rai to mark the occasion.

Let’s have a look at some warm celebrity wishes: 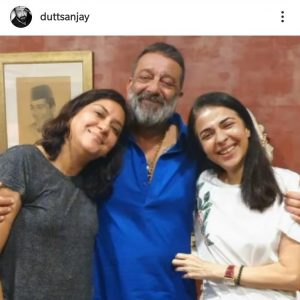 Sanjay Dutt posted a video of pictures with his sisters Namrata and Priya Dutt. He also thanked them in a message saying,” Although younger to me, you two have always been my biggest support system, motivating me and being there for me throughout my life. I love you both so much. Happy Raksha Bandhan.” 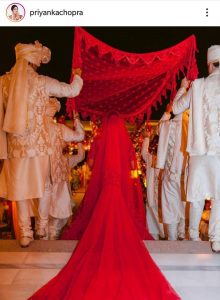 Priyanka posted a picture of her brothers walking her down the aisle on her wedding. She also wrote a message for her ‘incredible brood of brothers’ saying how blessed she feels to have these wonderful, sensitive, supportive men in her corner always. 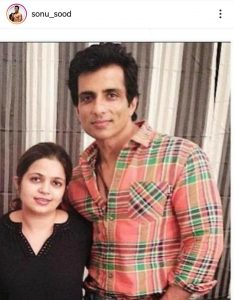 Sonu posted a series of old pictures with his sisters and wished them a Happy Raksha Bandhan. We are in no doubt about what a great brother Sonu Sood must have been. 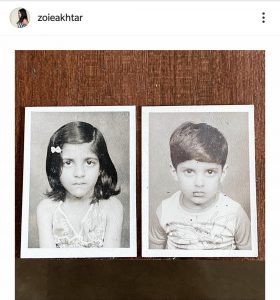 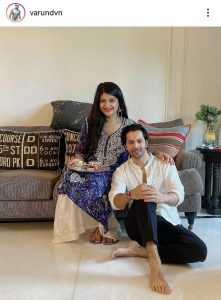 Varun Dhawan posted a picture of himself wearing Rakhis and also with his sister. He captioned his post saying, “Feels really odd not being able to see all my sisters this year but to love them and protect them means not seeing them…..so be it”. 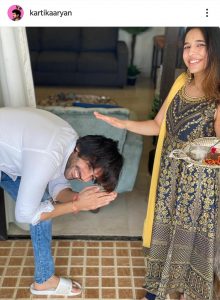 Kartik Aaryan posted pictures from Raksha Bandhan celebrations with his sister. He quipped that it’s the responsibility of his sister to protect him since she is the doctor. 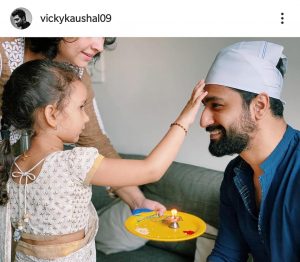 Vicky Kaushal posted an adorable picture celebrating Raksha Bandhan with the youngest member of his family. 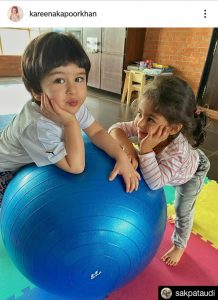 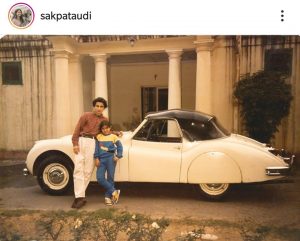 Soha Ali Khan posted an old picture of herself and Saif Ali Khan and wrote for him, “There’s no denying you are the coolest brother I know. And there is no denying I don’t know the first thing about being cool!”. 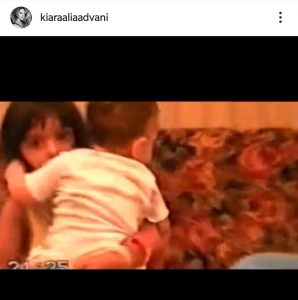 Kiara Advani posted a video of herself with baby sister Misha. She can be seen as a little girl dancing away with her little sister. She said, “I didn’t drop you in the video and I never will, here’s a promise to entertain you for life”. 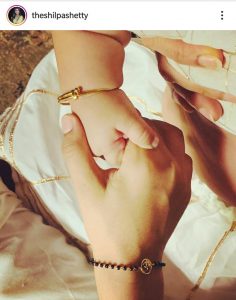 Shilpa Shetty Kundra posted a picture of her son Viaan-Raj and daughter Shamisha’s hands holding onto each other. She says siblinghood is a forever-kinda-friendship. 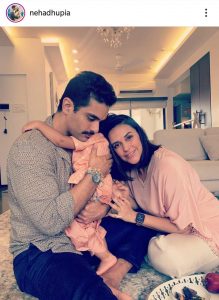 Neha Dhupia posted pictures of Angad Bedi and herself celebrating Raksha Bandhan with their daughter. She wrote, “This is such a special Festival … missing our family loads but hope all you fortunate ones celebrated with your brothers and sisters in person and for the ones who couldn’t … celebrated like us … virtually !”. 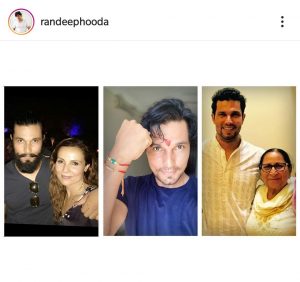 Randeep Hooda posted a picture with his sisters and captioned it saying,”Sisters are strength!!”. 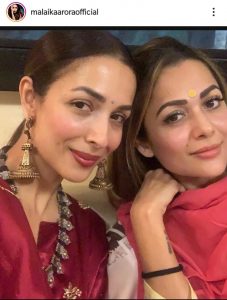 Malaika Arora posted a picture with her sister Amrita Arora and thanked her for the many roles she has played in her life of a sister, a brother, a friend and many more. 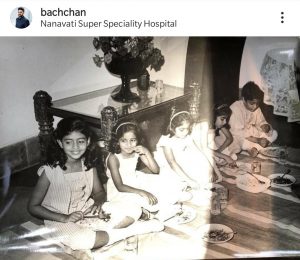 Abhishek Bachchan posted a throwback picture where he sits with a line of sisters. 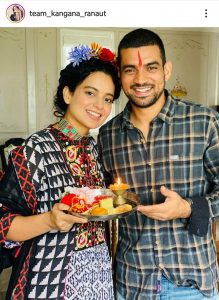 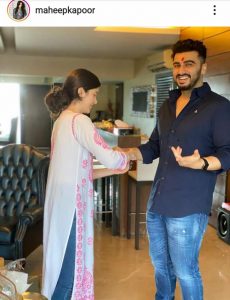 Maheep Kapoor posted a picture of Arjun Kapoor all smiles as he gets his Rakhi tied by Shanaya Kapoor. 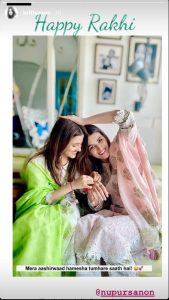 Kriti Sanon wrote a heartfelt message for her sister Nupur fondly remembering the time she held her for the first time. She also adds that she never missed having a brother because her sister filled the space so wonderfully. 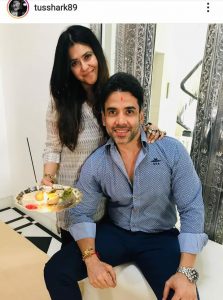 Tusshar Kapoor posted a picture with his sister Ekta Kapoor and captioned it saying, “We’re so cute”. 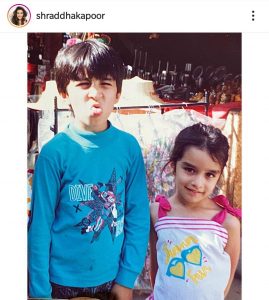 Shraddha Kapoor posted a childhood picture with her younger brother and they look adorable. 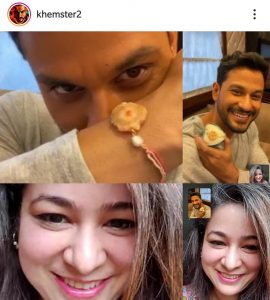 Kunal Kemmu shared a screenshot of the virtual Raksa Bandhan celebrated with his sisters.