2021 is proving to be a rather busy one for Rakul Preet Singh. The Bollywood star who until recently was busy with Ajay Devgn’s MayDay has now commenced her new film – Doctor G. The actress has started with the reading of her new film that co-stars Ayushmann Khurrana and will be directed by Anubhuti Kashyap.

Rakul shared the news on her Instagram story, with a pic of her script, with the caption reading, “And it begins… #DoctorG” 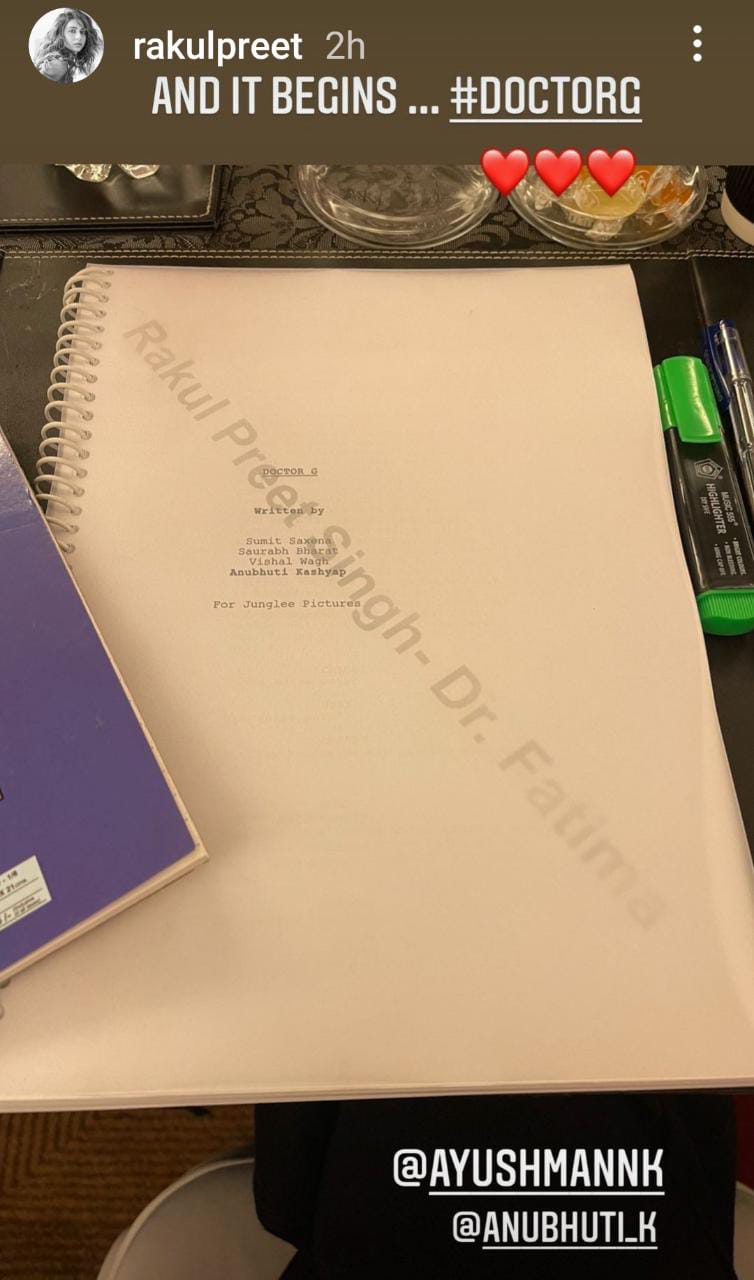 Both Ayushmann and Rakul will be seen playing doctors in the film set on the campus of a medical institute. Rakul plays Dr Fatima, while Ayushmann plays Dr Uday Gupta.