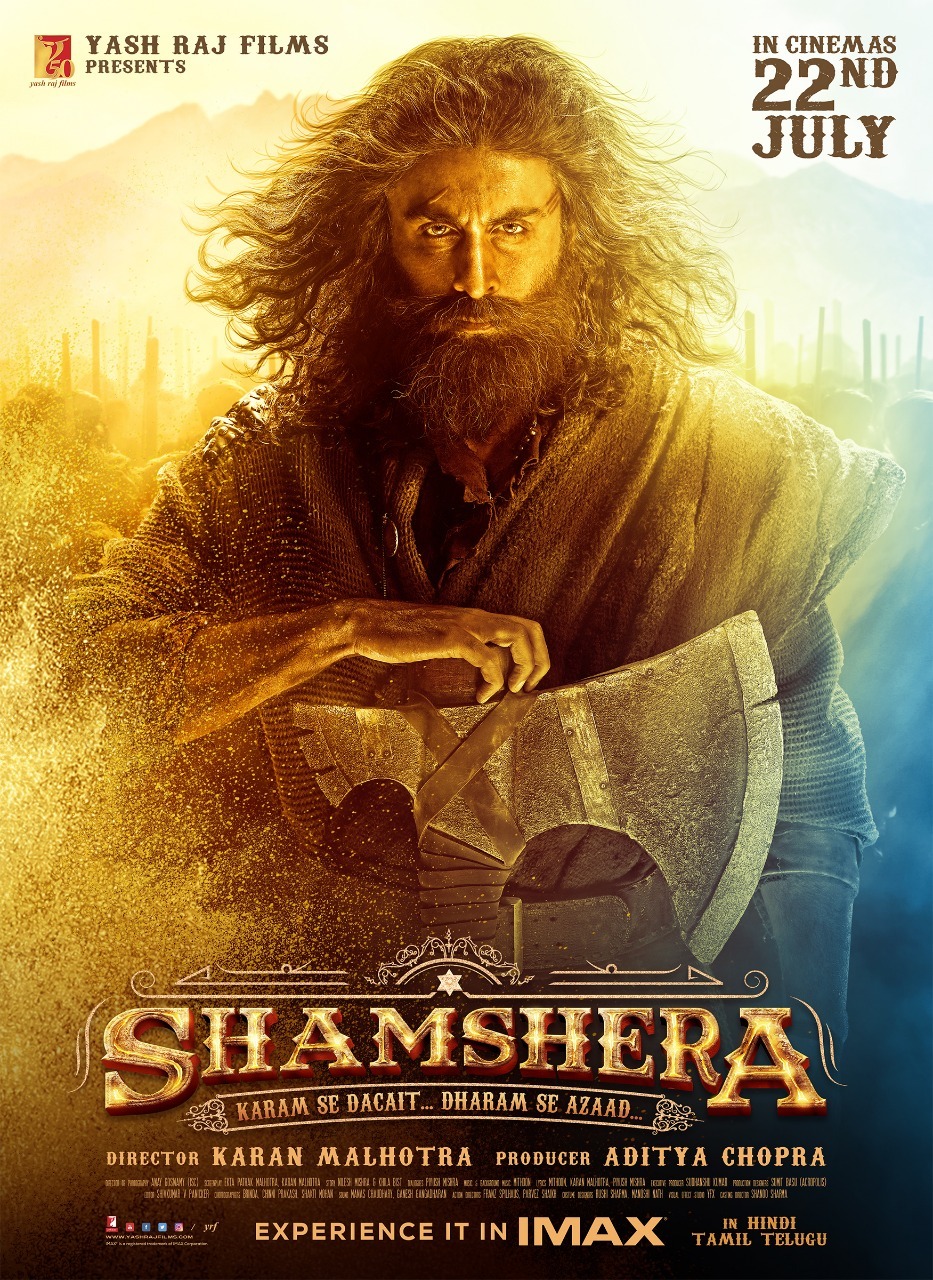 Yash Raj Films’ action entertainer Shamshera, starring superstar Ranbir Kapoor, Sanjay Dutt and Vaani Kapoor will release in IMAX on July 22. The highly anticipated film will join the list of on-screen spectacles like Dhoom: 3, Bahubali 2, Padmaavat, to name a few. Shamshera will see Ranbir Kapoor play a larger than life quintessential Hindi film hero for the first time in his career. Ranbir is coming to the big screen four years after he delivered the blockbuster Sanju and his return to the movies is one of the most anticipated events among fans and audiences.

“Shamshera is a visual experience that has been designed to treat audiences with a spectacle like never before. We are thrilled to release the film in IMAX, which will deliver the film’s visual extravaganza to audiences across the globe in the most immersive way. Shamshera is an entirely new concept for today’s audience, and, we feel, it is a visual delight given the uniqueness of the subject. When we set out to make this film, we were clear that Shamshera would be best enjoyed on the big screen and in IMAX. So, it’s really heartening to announce this development to cine-goers across the world,” says director Karan Malhotra.

The high-octane, adrenaline-pumping entertainer is set in the 1800s in the fictitious city of Kaza, the heartland of India, where a warrior tribe is imprisoned, enslaved and tortured by a ruthless authoritarian general Shudh Singh. It revolves around Shamshera – a man who became a slave, a slave who became a leader and then a legend for his tribe. He relentlessly fights for his tribe’s freedom and dignity.

It has the big promise of a never seen before Ranbir Kapoor, who plays Shamshera in the film! Sanjay Dutt plays Ranbir’s arch-enemy in this huge casting coup and his showdown with Ranbir will be something to watch out for.

This action extravaganza has been produced by Aditya Chopra and is set to release in Hindi, Tamil and Telugu on July 22, 2022.

Liquid blushes are what we are going for this summer!