Ravi Teja and director Ramesh Varma have collaborated together for the first time for an action entertainer Khiladi. In fact, the film’s teaser was unleashed recently to an overwhelming response. But due to the ongoing pandemic, social media is abuzz with speculations that Khiladi will have a direct to digital OTT release. However, the film’s producer Satyanarayana Koneru has confirmed that the film will release in theatres only. 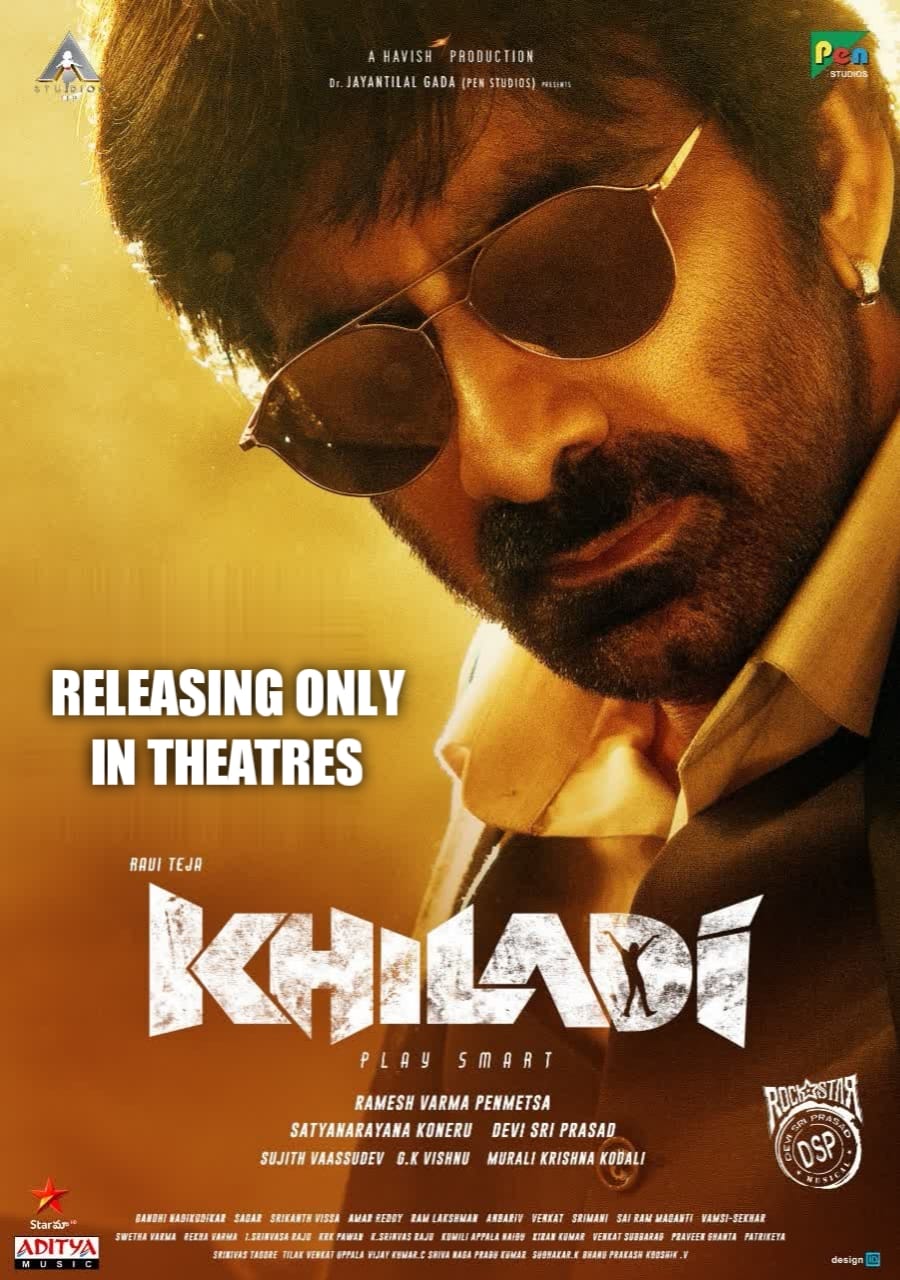 Satyanarayana Koneru shares, “We request everyone not to believe in the rumors. Khiladi was perceived and shot for a big-screen experience. We are making the film on an uncompromised manner. Story, taking, technicalities- everything regarding the film will be seamless. Ramesh Varma is putting in extra efforts to offer a thrilling ride to the audiences in theatres. Italy portions have come out exceptionally well. DSP’s music, action choreography by four stunt directors will be other major assets. We will release songs one after the other.”

The film has Ravi Teja play a dual role and also stars Meenakshi Chaudhary and Dimple Hayathi. Besides Satyanarayana Koneru, the film has been bankrolled by Bollywood production house, Dr Jayantilal Gada’s Pen Studios in association with A Studios. The film under Havish Production comes with the tagline play smart. The cinematographers are Sujit Vaasudev and GK Vishnu and the dialogues are by Srikanth Vissa and music director DSP’s brother Sagar. The lyrics are by Srimani and Amar Reddy is the editor of the film.