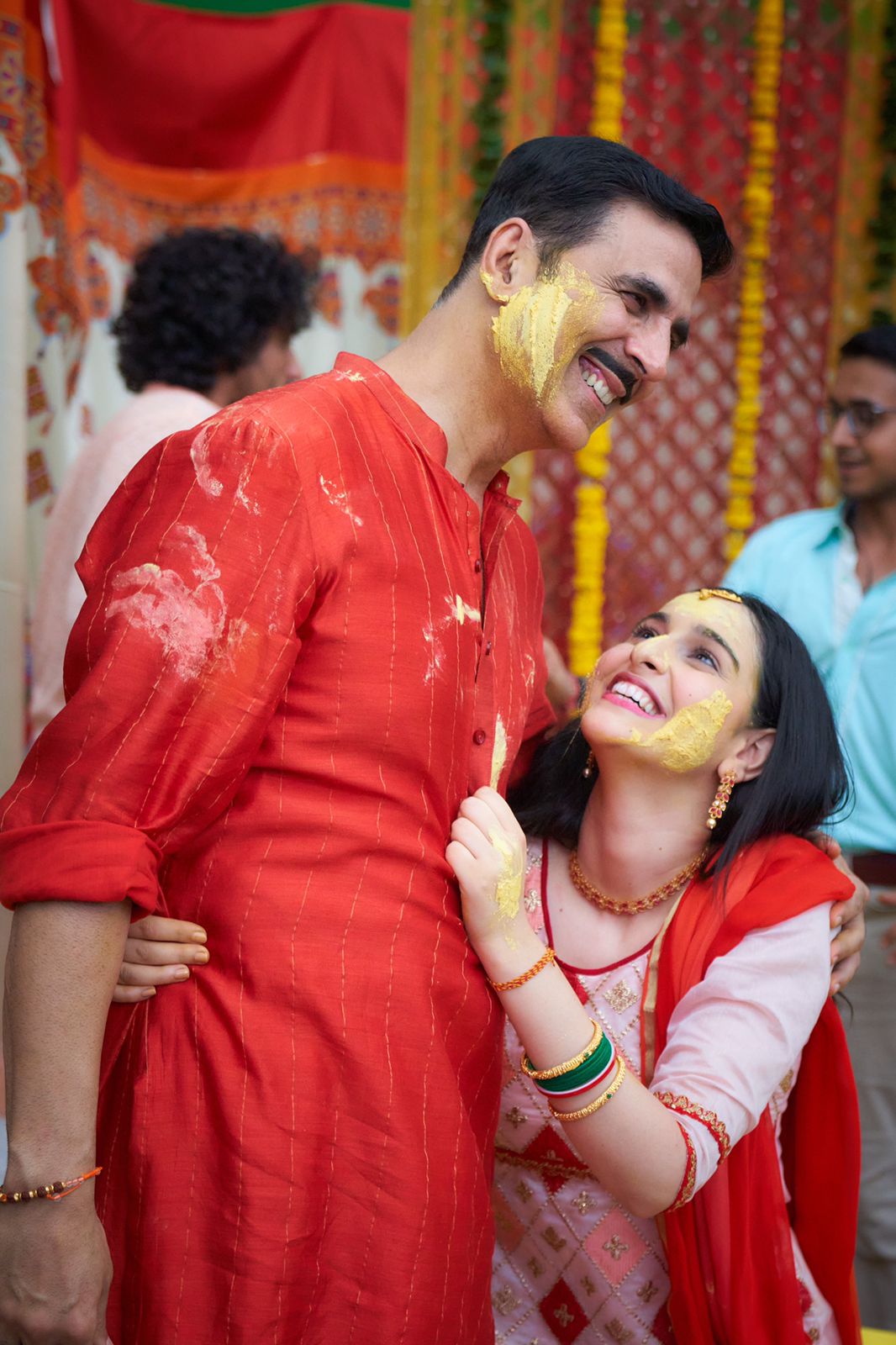 The beautiful Sadia Khateeb has touched our hearts with her top notch performance in the Akshay Kumar starrer Raksha Bandhan. The film which released today, sheds light on the life of four sisters and their brother’s struggle to get them married.

Khateeb plays the eldest sister and wins the hearts of the audience with her screen presence and her performance is truly praise worthy. The emotional bond between her and Akshay leaves one teary-eyed. Many critics and the audience have appreciated Sadia’s performance and more importantly it’s the camaraderie between Sadia and Akshay that stands out. Their scenes together are endearing, especially the one when she’s getting married and the song that plays in the background. Sadia too is said to be thrilled with the praise coming her way.

Sadia adds a spark to the bond that has been shown in the film and the fun banter between her and Akshay adds to the essence of the relation siblings share. Director Anand L Rai too is of the opinion that Sadia Khateeb is the entire soul of the film.

3 ways to get a clean eyeshadow look – we’ve tried all of them!