You’ve watched her burning the screen with her looks, impress us with her acting chops and dancing skills or charm us with her innate wit and intelligence. Here is Sara Ali Khan in a never before seen avatara. Catch the Bollywood diva in action with the Veerangana Force in Assam in the new discovery+ original ‘Mission Frontline with Sara Ali Khan‘. The audience will get to see her in a never-seen-before avatar performing extreme physical training routines alongside the Veerangana Force, India’s first female commando unit to tackle rising crime against women in the state. The unit was formed in 2012. 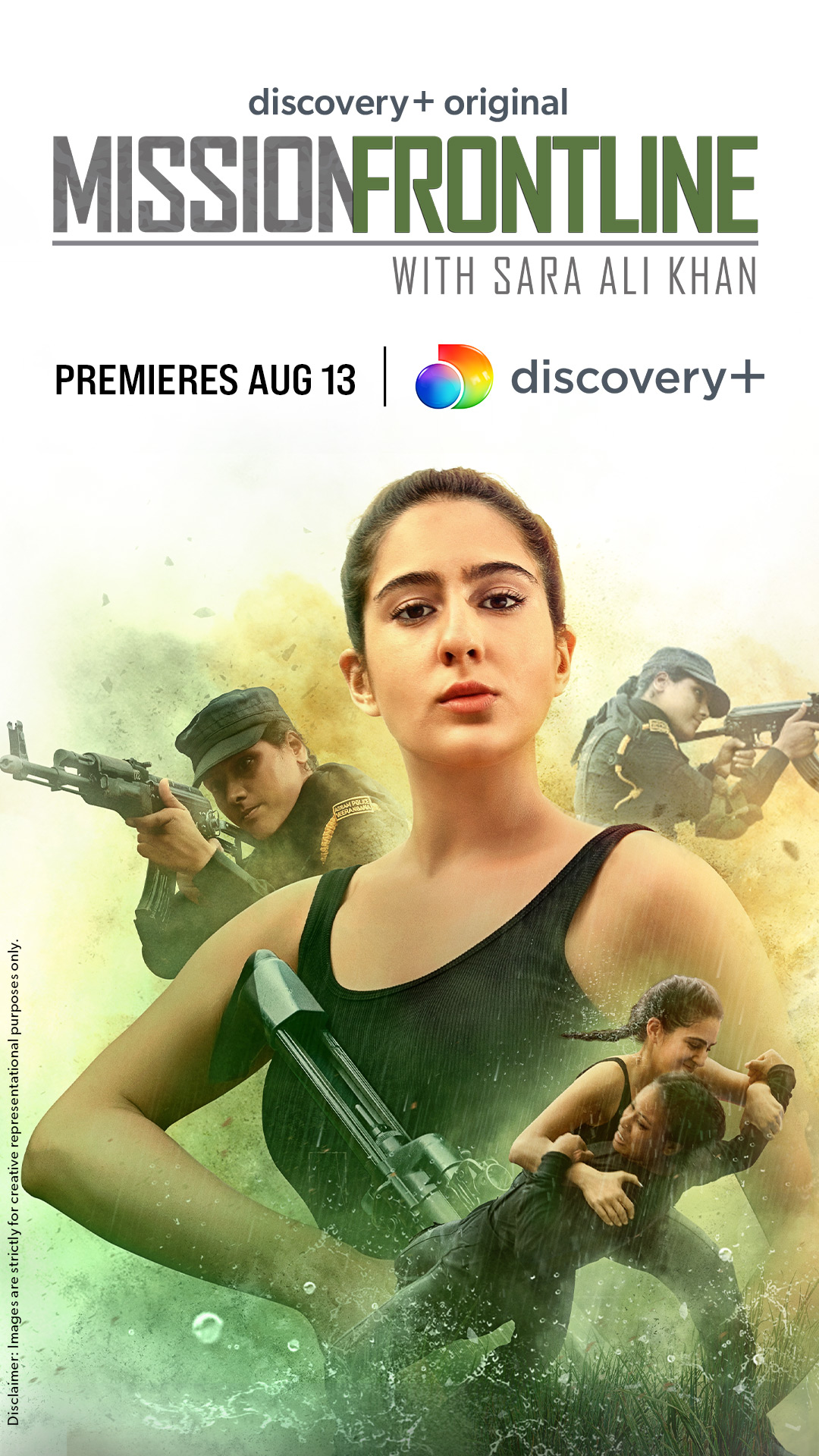 Sara is seen in a unique avatar, donning the commando uniform, stepping into the shoes of a ‘Veerangana’ and performing vigorous drills. The actress said, “Training with this unit is one of toughest challenges I have taken up until now. The kind of vigorous drills they go through daily is truly commendable and watching them do it so effortlessly left me startled. I am not a hero, but I did have the honour and privilege of training with a few because they are indeed the true heroes of our country. I salute the women’s force. Jai Hind!” she stated.

In the first stage that Sara Ali Khan faces is to UAC or Unarmed combat where she is taught a bit of  the Israeli martial arts form Krav Mada. Sara actually combats with one of the Veeranganas under a trainer’s guidance. The next stage is rock-climbing where she is asked to scale an artificial rock climbing wall with tips from instructors. Sara does well for her first time in such a mission. The next one is target shooting and Sara chooses the AK 47 to shoot her target. She admits that she has never held a gun in her life and the sound of bullets are scary too.  After these aspects of training, the mission is to now conduct an actual rescue. The final mission is when the Veeranganas go to rescue two girls who have been kidnapped in a forest and Sara along with the Veerangana warriors rescue them.

What is beautiful about the documentary is the back stories of the women who decided to be commandos in the unit.  Some of them, victims of torture, some from poor families – all of them warriors who never back down and epitomize strenght, patience and determination.

It is heartening to see a young actor choosing to highlight the lesser known aspects of  India, the Veeranganas.  Sara signs off stating how she is inspired by the lives of these women who exemplify mental fortitude, strength and indomitable will.

75th Independence Day Special: These films are a Must-Watch!