The beautiful model Sonali Raut who made her acting debut with Yo Yo Honey Singh and Himesh Reshammiya in The Xpose will be seen in a music video titled Sniper along with Shaan.

The video was shot before lockdown in Goa and was supposed to release in April 2020. However, the pandemic delayed the release which will now happen on November 11, 2020. Sonali Raut is super excited about the upcoming release.

Sonali, who is working with Shaan for the first time spoke about her experience, “It was super fun working with Shaan. I’ve known him for a few years, we have a common friend, but this was my first time working with him. I thought the video would be a romantic one since it was with Shaan, but instead, it was this sexy glamorous video where Shaan plays a don with bodyguards and guns! When I saw him he had six-packs and a great physique, he looked very young. I had never seen him before in that avatar and it was a lot of fun to shoot the video.”

Speaking about her experience shooting and the concept of the video she said, “It’s a glamorous, classy video where Shaan plays a don whereas I play a sniper. We shot it in Goa, but it actually looks more like Dubai. We were there for two days, shooting there is always fun. It’s like my second home. It was a continuous experience, I had 2 looks with one being a very formal shirt, tie and skirt and the second was with a pink dress for a pool look. The crew was very nice and my looks were very high fashion. Our director Mehul, was also great to work with.” 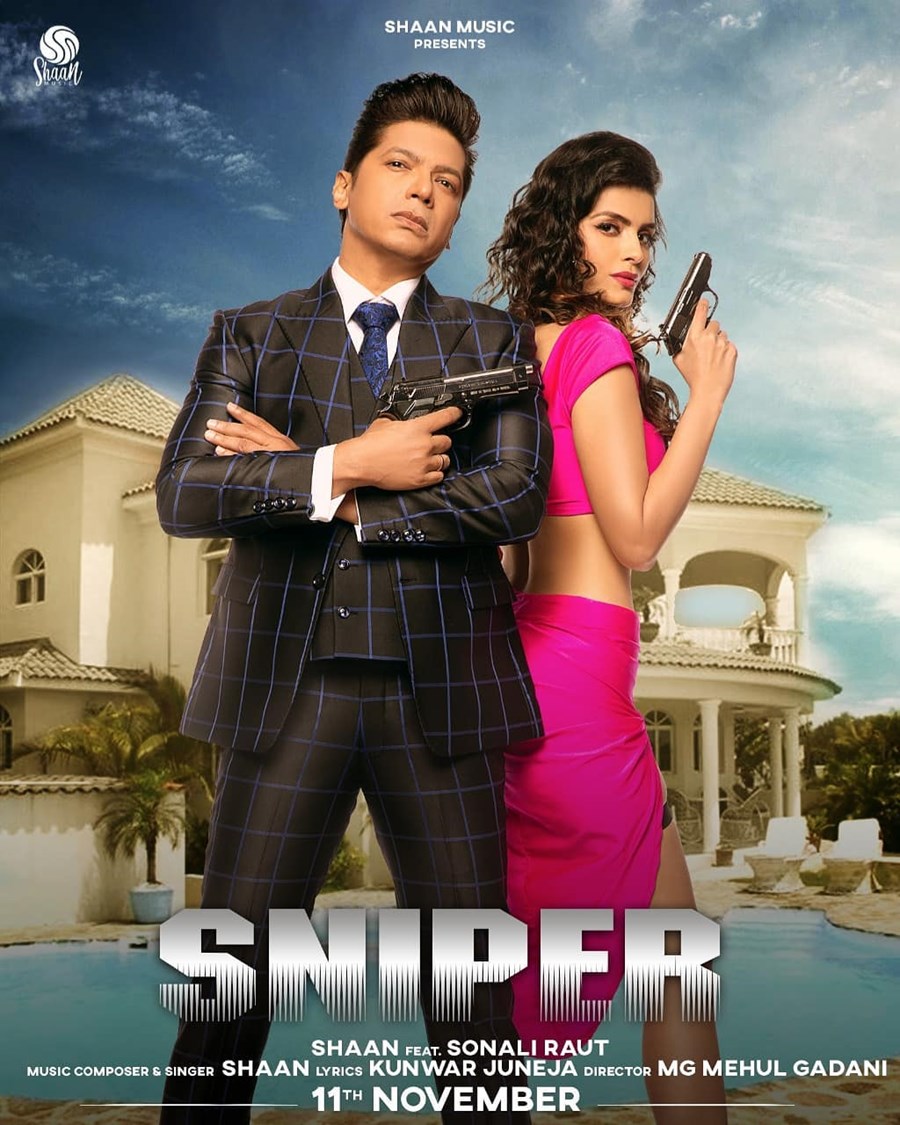 She added, “We all had that attitude about having guns. We used real guns during the shoot. The revolvers had no bullets so it was safe. We were all trying to get the classic Rajnikanth style right with the gun. I could not, but I think Shaan got it right in the end. You might be able to see it in the BTS (Behind The Scenes).”

On playing a sniper, she said, “It’s a short music video so I couldn’t add too many details but I had Angelina Jolie’s character from Tombraider on my mind so my attitude is a bit of that. Even my looks are slightly based on Angelina Jolie.  It was fun playing that character. This was the first time I had a gun in my hand. I can’t say too much about my character because there’s a mystery that you’ll have to watch the video to find out!”

Sniper will release on November 11, 2020, at 11:11. With Sonali Raut’s bewitching avatar and Shaan in a different persona, Sniper looks like a promising watch!

Made in Heaven: Emmy-nominated Arjun Mathur reveals his acting mantras