“This compelling story was extremely enjoyable to make along with my director, Aakash and co-star, Tahir….”
– Taapsee Pannu

Playing the role of Savi, on a mission to rescue her boyfriend, Taapsee Pannu said, “I am excited to be a part of this next project with Netflix, especially with the film being such a versatile genre. This compelling story was extremely enjoyable to make along with my director, Aakash and co-star, Tahir. I cannot wait for fans and audiences to watch this edge-of-the seat film and enjoy it as much as we loved making it.” 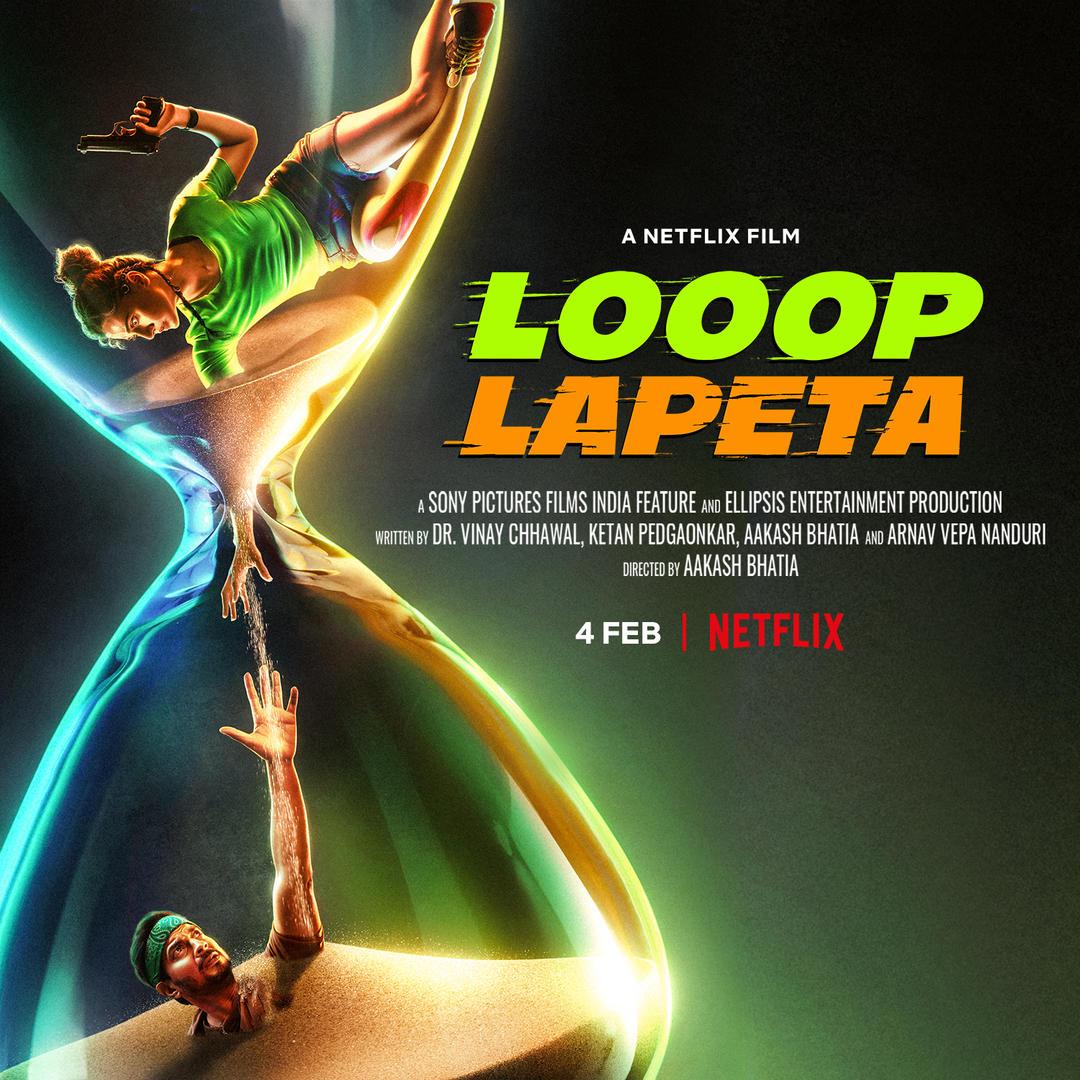 Tahir Raj Bhasin, playing the role of Satya said, “I am so excited about the release of Looop Lapeta. The film is a clutter breaking take on new age romance, and a genre I am exploring for the first time. I can’t wait for the world to meet the characters Satya and Savi. Our director Aakash Bhatia has a unique style stamp that has created a visually stunning world where thrill and comedy combine for one crazy rollercoaster of an entertainer.”

Looop Lapeta promises to be an adventurous ride through a sticky situation where a girlfriend is on a mission to rescue her boyfriend. As the plot unfolds, a series of events constantly prompts the lovers to make choices that define their future.

Talking about Looop Lapeta on Netflix, director Aakash Bhatia shares, “There’s no way to downplay the exhilaration of making a first film and Looop Lapeta has surpassed every bit of it. I’m extremely excited with the shape we have given it. It boldly jumps genres from comedy, thriller to romance and makes for a rollercoaster ride for audiences. A powerhouse ensemble cast and crew made this project what it is. The creative collaborators in Sony Pictures, Kasbekar and Tanuj made for great producers on this debut journey. I’m elated that Netflix is the platform that the world gets to watch Looop Lapeta on.”

Vidya Balan to return in Bhool Bhulaiyaa 2 as Manjulika? Makers spill the beans

"I like to talk about different subjects when I touch a script," says Kirti Kulhari

0
Aakanksha Naval-Shetye January 10, 2022
No Comments Yet