Action star Vidyut Jammwal has donated an amount of Rs 5 lakhs to Ekaveera Kalaripayattu Academy with a promise of supporting and promoting the students for the rest of his life. The Academy endeavours to mentor kids learning the ancient discipline of Kalaripayattu. A young student named Neelakandan of the academy, took to his Twitter to express his gratitude to the Khuda Haafiz actor. On his Twitter handle, the young martial artist said, “Extremely grateful and honored! Met @VidyutJammwal in Mumbai and he has supported Ekaveera Kalaripayattu academy with a huge contribution of 5 lakh rupees 🔥🔥 This will go a long way in helping us achieve our dream of promoting Kalaripayattu across India.” 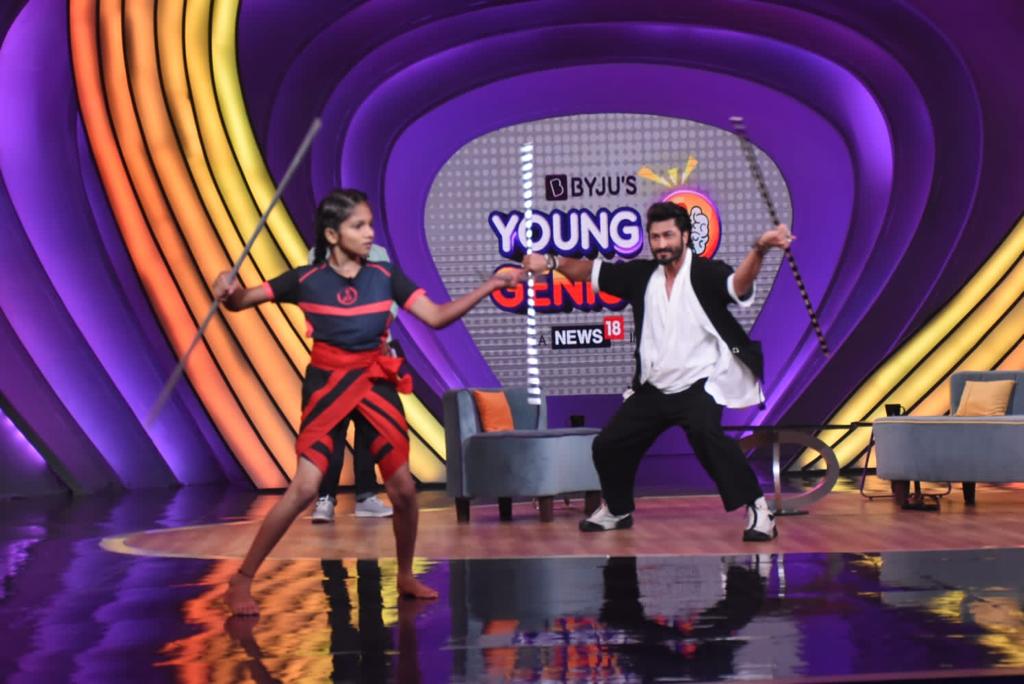 Popularly known as Prince of Kalaripayattu Neelakandan has shown incredible skills, nailed challenging physical feats and has earned the status of a social media star. Hailing Vidyut as his idol, the young martial artist impressed our very own country boy. Promising that he has bigger plans for Kalaripayattu and that he will help anyone promoting the ancient discipline, Jammwal congratulated Neelakandan and his father who runs the said academy. The actor gifted him ‘I Train Like Vidyut Jammwal’ customised T-shirt. Neelakandan met his idol on News 18 network’s show BYJU’S Young Genius 2.

Meeting his role model in flesh was a dream come true for the boy, who tweeted, “One of the biggest moments of my life! Met Vidyut Jamwal and received this T Shirt from him. Also had the good fortune of being able to perform few Kalaripayattu moves with him.Dream fulfilled!”

His father Mahesh Kumar R said, “Neelakandan has been saying that he wants to meet Vidyut sir and he wants to be as big as him. We got the opportunity to meet him today. He gave him ‘I Train Like Vidyut Jammwal’ T-shirt. He donated Rs. 5,00,000/— towards our academy and we believe it is only Vidyut Jammwal who can make Kalaripayattu a global brand that it is today. The largesse will be used to promote Kalaripayattu.”

Vidyut Jammwal said, “The traditional health (care and prevention) methods of India need to be reactivated. Kalaripayattu is the best available ancient health culture alive today. The need of the hour is to bring this art to the world. Starting from Kerala, by funding and supporting the Gurus of Kalaripayattu and Kalaris (schools) financially is only the first step. I have bigger plans for Kalaripayattu and it’s traditional as well as modern practitioners in near future.”