After months of speculation and a will they/won’t they suspense building up, it’s official! Gauhar Khan and Zaid Darbar are getting married. The senior from Bigg Boss posted a cute photo on Instagram confirming that she said yes! Actors Neha Kakkar, Jay Bhanushali, Sunil Grover, and many more congratulated the perfect couple. 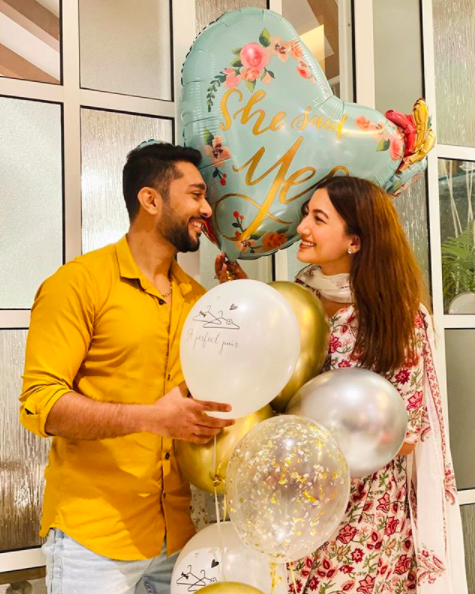 Recently, Zaid Darbar’s father, the music director Ismail Darbar had given the green signal to the couple to get hitched. Gauhar Khan had been in touch with Darbar’s parents and gets along very well with them.

After getting out of the Bigg Boss house the actress had squashed rumours regarding her relationship and engagement with her new beau. A month ago, a proposal video from the two on Gauhar Khan’s Instagram is what had led to the flurry of speculations about their engagement.

With no more doubts, fans can now rejoice! Gauhar Khan and Zaid Darbar are engaged.

Authentic Artists: 7 Actors who went the extra mile to ace their roles!

Salman Khan takes time off for THIS special celebration!