After dating each other for over a decade, Bollywood actors Rajkummar Rao and Patralekhaa’s wedding festivities began on Saturday with an intimate celebration at Chandigarh’s exclusive resort. The bride and groom-to-be dressed in all-white for the celebration as they were surrounded by their friends and family. While Patralekhaa was dressed in a white and silver gown with a long train, Rajkummar was dressed in a white ensemble.

In a video, Rajkummar is seen going down on one knee as his bride-to-be ,says yes. The two then danced together as the guests cheered for them. Actor Saqib Saleem and filmmaker Farah Khan also attended the celebrations. 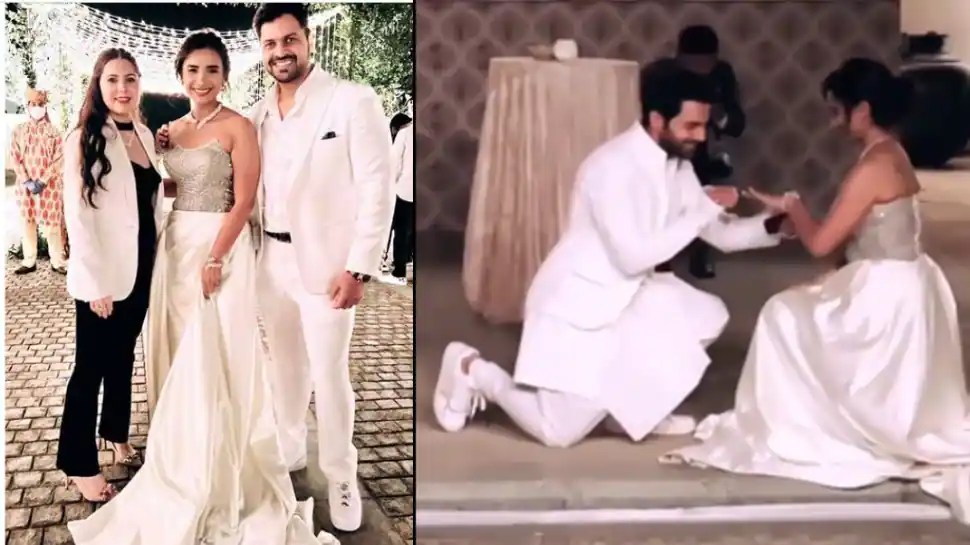 Rajkummar and Patralekhaa have never shied away from talking about their love for each other. In 2019, in a post for Humans for Bombay, Patralekhaa opened up about her love story. She shared that when Rajkummar saw her in an ad for the first time, he thought that he would marry her one day.

Patralekhaa shared, “He’d often go out of his way for me. Once, he was running late to see me, so he stopped the cab near the airport and ran all the way to Juhu! Not only that, but when we were earning very little, he surprised me with my favorite bag, which was ridiculously expensive! Years later, when we were in London, someone stole it! I remember calling him, sobbing, while he tried to calm me down. For me, the bag was all about the memories – he had bought it for me when he didn’t have much. That meant so much to me! Later, at our hotel, the exact same bag was waiting for me. These little things make me realise how lucky I am to have him.”

Get – Up, Close and Personal with Gulshan Grover – in Dubai on December 10