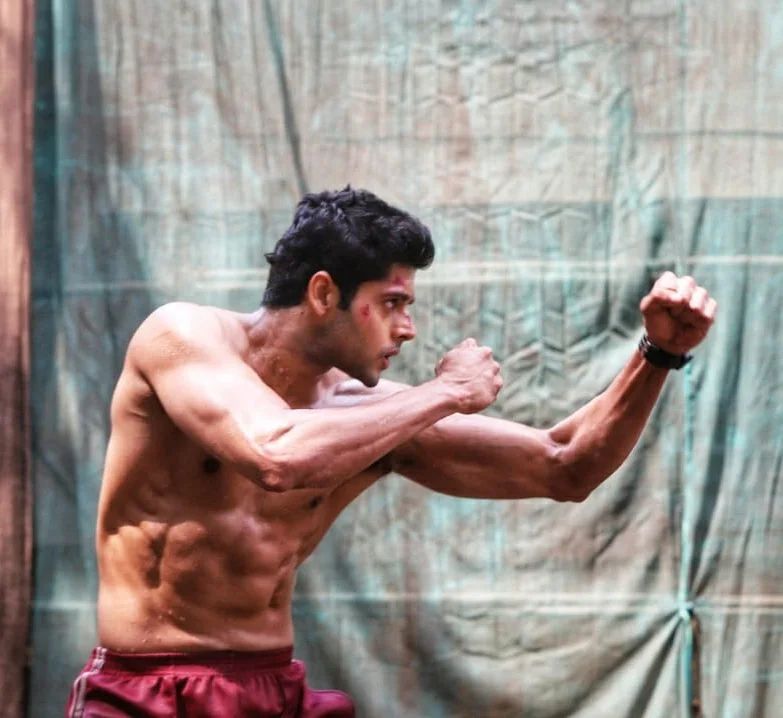 Over the years, Abhimanyu Dassani’s famous dialogue, ‘Pani peete rehna chahiye’ has emerged as an internet sensation engaging comments and reactions from several celebrities. On the third anniversary of the film, the actor shared a picture saying, “3 years of MardKoDardNahiHota ❤️🧿🍿 #ForeverGrateful
#PaaniTohPeeteRehnaChahiye”.

Entering the entertainment world with an unconventional and daring film hailing from an unusual and interesting genre, Abhimanyu Dassani impressed the audience as well as the critics.

Bringing to screen the story of a patient suffering congenital insensitivity to pain, Abhimanyu Dassani traced the journey of Surya with utmost dedication offering an entertaining treat. His remarkable performance won him national and international awards including Filmfare Award for Best Debut Actor, while his debut film also premiered at the tail-end of the Midnight Madness section of the 43rd Toronto International Film Festival and won the People’s Choice Award: Midnight Madness and bagged the Grolsch Viewers’ Choice Award.

After playing the unconventional action hero in Mard Ko Dard Nahi Hota, Abhimanyu played a very simple, innocent, guy-next-door, character in Meenakshi Sundareshwar, his digital debut on Netflix, emerging as the romantic hero. With a remarkably striking difference in the two characters, Abhimanyu managed to break the mould and perception of his personality in audience’s mind.

With an interesting line up of projects, after unfolding two varied avatars in Mard Ko Dard Nahi and Meenakshi Sundareshwar, Abhimanyu will be seen in a string of diverse characters in his upcoming films Nikamma and Aankh Micholi as well.

Ramadan 2022 shopping offers that you must know about!