A true artiste like a phoenix rises from the very ashes that destroy him or her. Actor Shashikala who passed away today has had a career spanning three innings and in between is her story of marriage, motherhood, complex relationships, her quest for a higher truth, vipassana and finally meeting and working with Mother Teresa. 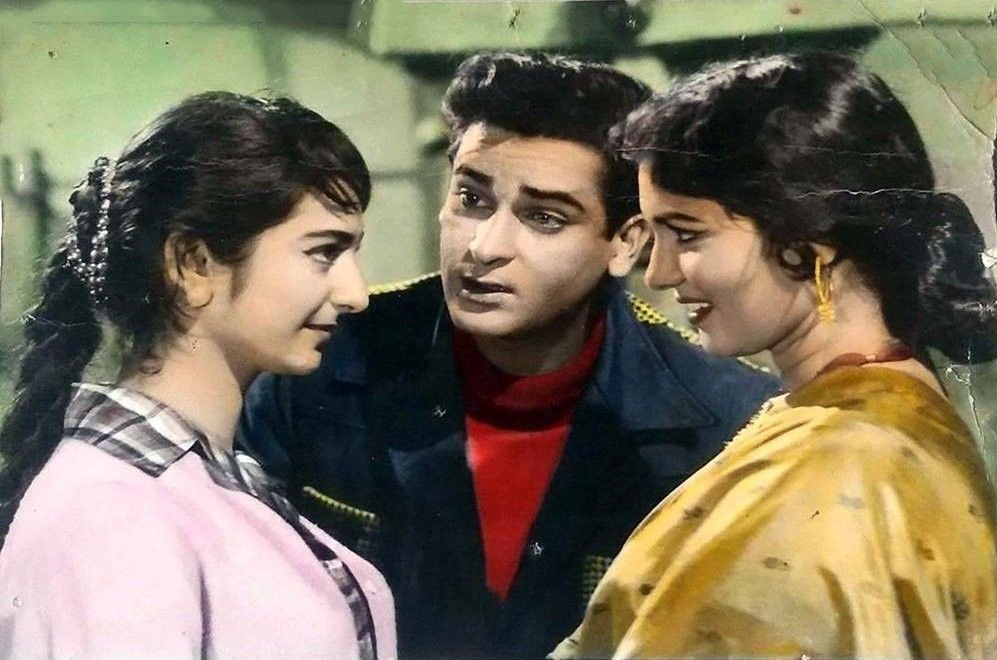 Shashikala’s father Anantrao Jawalkar was a cloth merchant in Solapur. The family struggled to make ends meet and the 5 year old bright-eyed beautiful girl Shashikala joined the mela ( a travelling theatre caravan) as a dance artiste and travelled all through the interiors of Solapur district performing mythological dance dramas. She played Lord Krishna in these dance dramas and won many awards. 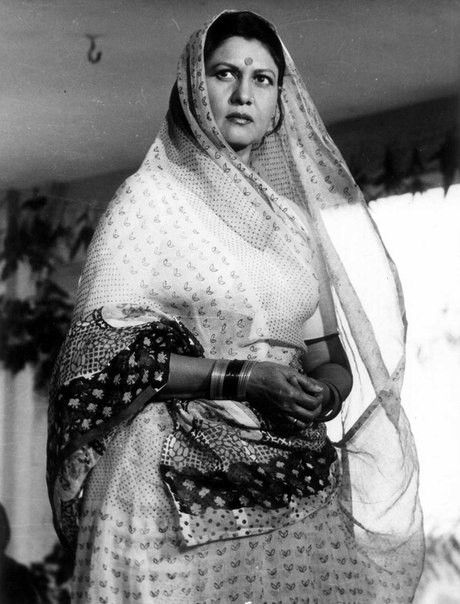 The next step was getting into films and by the age of 11, she was looking to work in films without much luck.  Noor Jehan, the reigning queen of the film industry, had fleetingly seen her once and when she and her husband Shaukat Hussain were making Zeenat and tracked her down  to play her daughter. Shashikala with her thick Solapuri accent didn’t win the role and ended up a role in a qawalli in the film. She then went on to do films with P.N. Arora, Amiya Chakravarti and several others, playing heroine to Ashok Kumar, Karan Dewan and Agha too. But this phase ended in 1947 when Noorjehan decided to go to Lahore in Pakistan. And the struggle to get work began all over again. 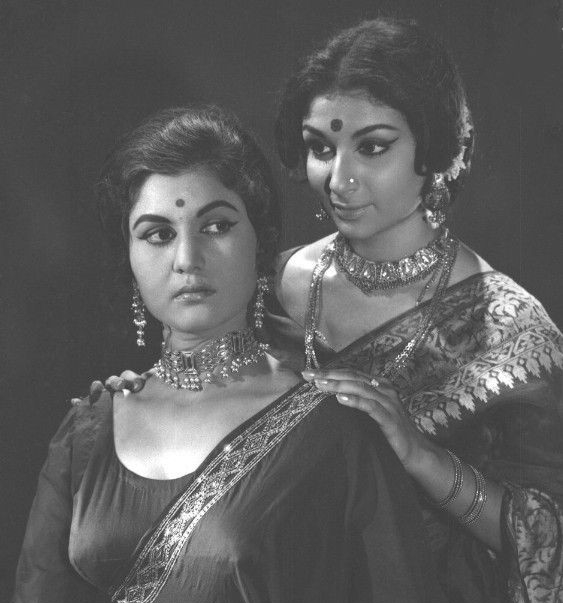 Shashikala then married Om Prakash Saigal at the age of 19 and she faced the camera again because her husband’s business failed. After playing vamp in Vijay Anand’s first direction, Nau Do Gyarah which flopped, she worked with Tarachand Barjatya of Rajshri Pictures  to play the bhabhi – an out-and-out negative role in Aarti. 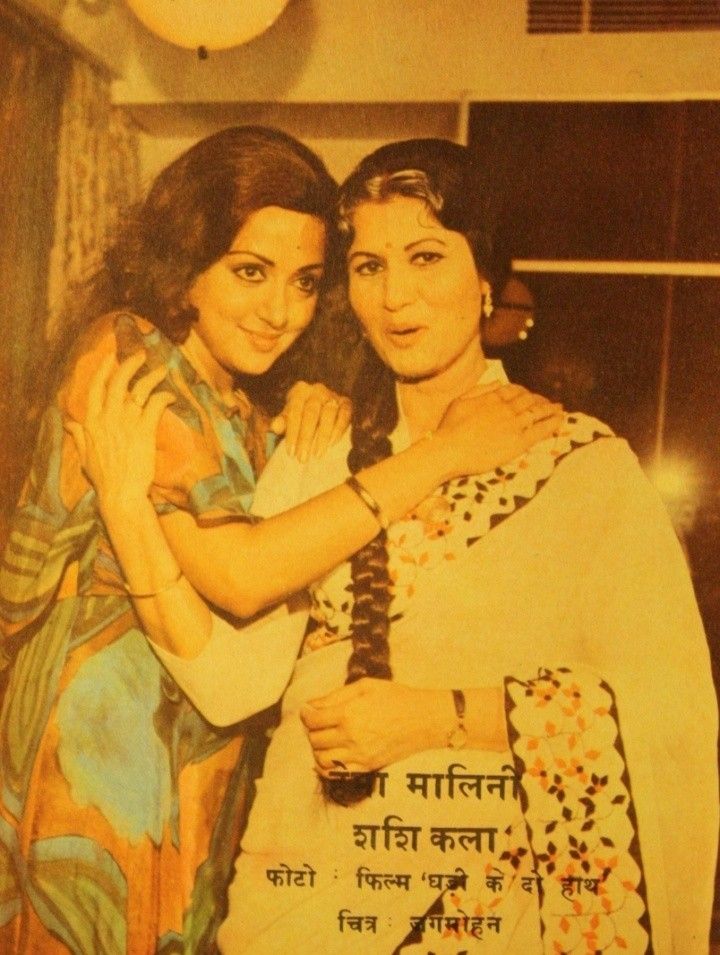 During her first shot for Aarti  with Meena Kumari, her line was, “Tere haathon mein jaadu hai air mere haathon mein jhaadu?” When the first take was okayed, Meenaji looked at her respectfully, held her chin and said to her, “Hai Allah! Bahut achcha pehla shot diya tum ne.” Aarti became a silver jubilee hit and her mannerisms as bhabhi got both the masses and critics talking. After that Junglee, Anupama, Sujata, Phool Aur Pathar, Ayi Milan ki Bela, Gumrah and Waqt became hits and she was nominated for the Filmfare award five times.

At the peak of her career, she eloped with another man abroad, leaving behind her husband, kids and career.  A step that led to great despair and disappointment and she started seeking solace through work and spirituality. Mahesh Desai, the maker of a Gujarati film, Satyavan Savitri, which had won her the best actress award in Gujarati recommended Satyanarayan Goenka’s vipassana course. That helped her find peace and her bearings. Soon, she was back with Sargam, Khubsoorat, Dulhan Wohi Jo Piya Man Bhaye, Aahista Aahista and Swami. They were all jubilee hits. And she was back in the race. 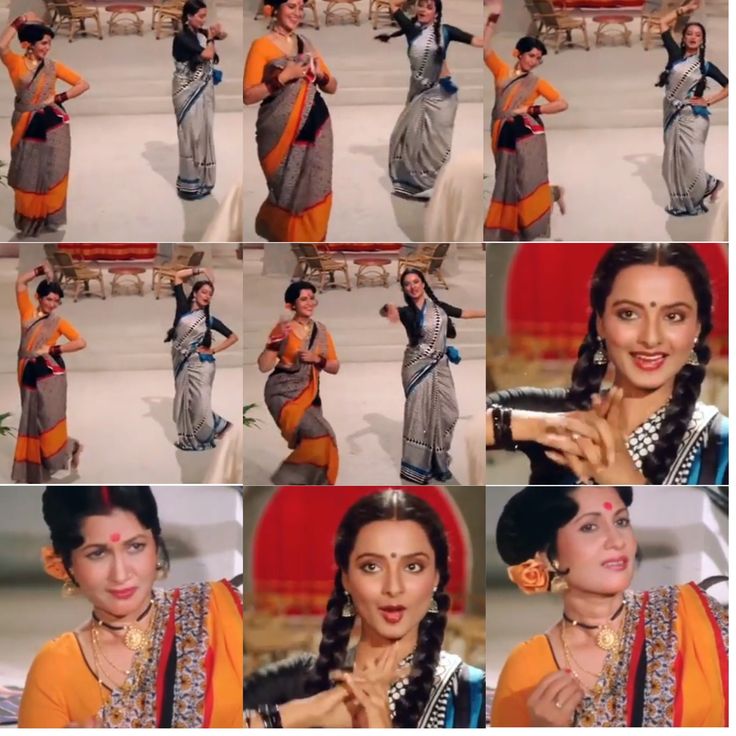 Though Shashikala wasnt a dancer, she had to match steps with  Vyjayanthimala for Vijay Bhatt’s Pattrani (a role Shyama refused when told who she would dance on screen with) and Saira Banu in Jawa Mohabbat. In both these instances it was kathak maestro Gopi Kishan who helped her out. Even with Khubsoorat, a day before the shoot, Rekha came to watch. Gopi Kishan in his signature stylised dancer’s style told her, “Chal re meri purani basmati, dikha apna jalwa.” When she began dancing, Rekha stared wide-eyed.

Her next innings was with Shabana Azmi in Swami but in 1988, with Ghar Ghar ki Khaani, she started feeling the vacuum again. She sought out to meet Mother Teresa after working with her in Pune.” Once at a chance meeting with Mother I hugged her and howled like a baby saying I don’t have inner peace. That’s when she assigned me to Nirmal Hriday, a home for the dying. From there to leprosy patients in Surat to the elderly in Goa, I felt like an incredible lightness for the first time in my life,” she says. 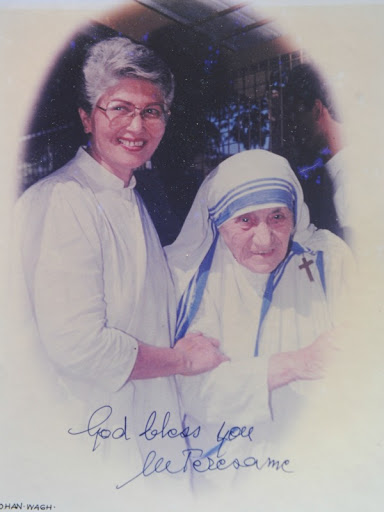 Shashikala breathed her last this afternoon in Mumbai. She passed away in her sleep. A life of 83 years well-lived years, that looks like nothing short of a huge blockbuster of a film. An artiste who will be remembered forever in the echelons of Indian cinematic history.

Fahadh Faasil and Syam Pushkaran reunite after 4 years for Joji