Amazon Prime Video unveiled the trailer of the eagerly awaited crime drama, Joji. The gripping movie is inspired by William Shakespeare’s popular tragedy, Macbeth. Directed by Dileesh Pothan, this crime drama is scripted by Syam Pushkaran and stars some of the finest talents including Fahadh Faasil in the lead alongside renowned actors Baburaj, Shammi Thilakan, Alistair Alex, Unnimaya Prasad, Basil Joseph and Sunny PN in prominent roles. Joji is produced by Bhavana Studios in association with Fahadh Faasil and Friends & Working Class Hero.

Set in contemporary times, the Malayalam crime drama is a twisted interpretation of Macbeth. The film’s trailer gives a glimpse into Joji and his world. Joji played by Fahadh Faasil, is an engineering dropout and the youngest son of the rich plantation family, who aspires to become a super wealthy NRI. His father sees down on him and thinks of him as nothing more than a loser. Driven by greed and blind ambition, Joji finally decides to execute his plans following an unexpected event in the family.

Sharing about his character and working with versatile cast actor and co-producer Fahad Fasil said, “Joji is very close to my heart since I have got the chance to share the screen with some of the veterans in the filmmaking industry- Baburaj, Shammi Thilakan, and Unnimaya Prasadin. It’s a sheer delight to work on the project with such talented professionals. Moreover, in the film I will be seen in a unique and interesting avatar. Since the first look unveil, Joji has been the talk of the town and I can’t wait enough for the film’s world premiere across 240 countries and territories. I am certain that the global audiences will enjoy watching the film as much as we loved creating it.”

The man behind Joji’s character and the script, writer Syam Pushkaran said, “Joji is a very interesting character who is inspired by Shakespeare’s Macbeth. The character is from the play but with a contemporary twist making it more realistic for the present generation. It is both exciting and challenging to re-create a character from a classic; however, Fahadh has aced Joji’s character with utmost perfection in the film. I am thrilled that audiences across the globe will get to witness out inspiration of the tragedy through the Amazon Prime Video.” 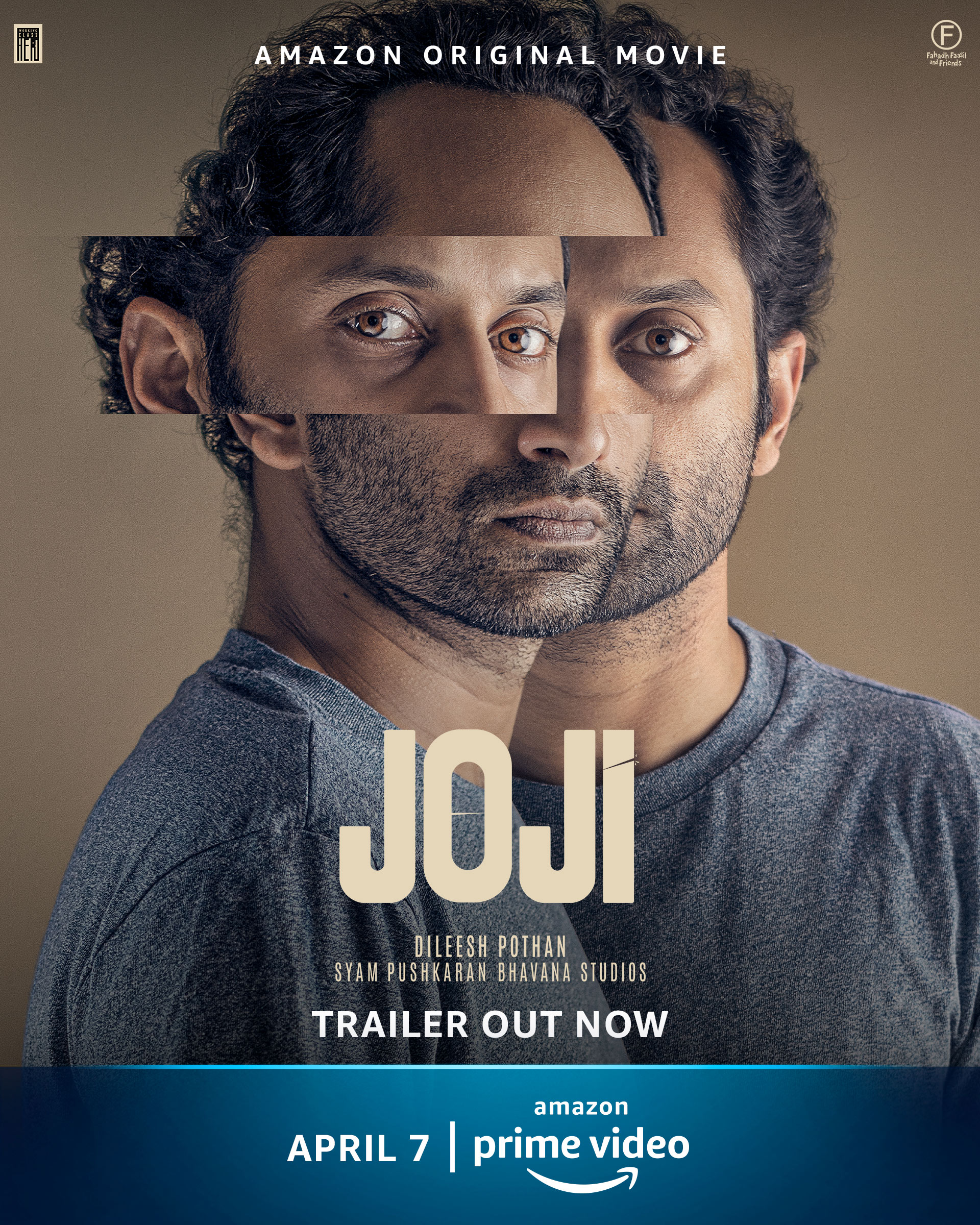 On reuniting with Fahadh Faasil and Syam Pushkaran after four years, director Dileesh Pothan shared, “I believe there couldn’t have been a better choice than pairing up with Fahadh and Syam to create Joji. We share a great level of bonding and hence it was exciting to work with both of them since we have known each other for the longest time. Fahadh and Syam, as an actor and as a scriptwriter respectively have done a commendable job to bring to life a director’s vision and I couldn’t be happier enough.”

Actor Shashikala passes away in her sleep today at the age of 88. A small tribute to her cinematic excellence!

Dulquer Salmaan shines as a cop in the upcoming 'Salute' directed by Rosshan Andrrews. Teaser here!