After the grand success of Kabir Singh, the producer duo of Bhushan Kumar and Murad Khetani have announced multiple big projects which include Kartik Aaryan starrer Bhool Bhulaiyaa 2, Sandeep Vanga directorial Animal starring Ranbir Kapoor. And now the two are all set to create the Hindi remake of the Tamil hit Thadam. The producer duo has brought on board Aditya Roy Kapur to essay the role of the lead character in this action thriller. 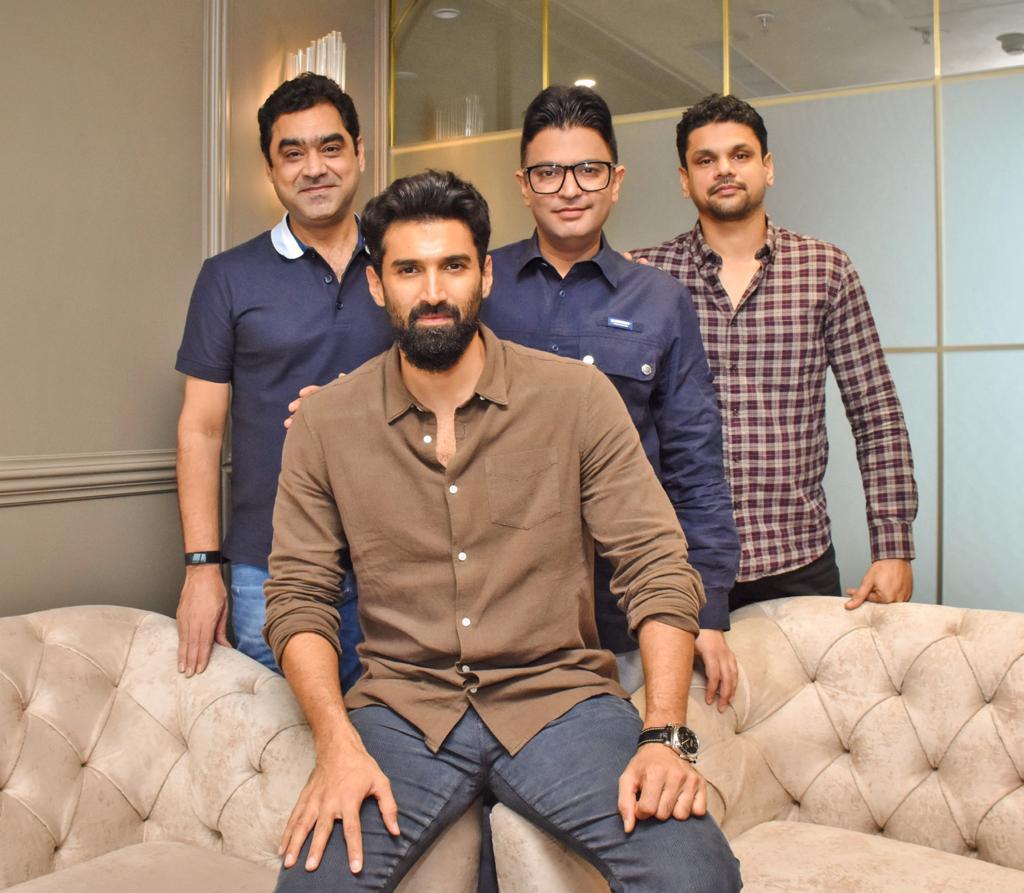 Based on true events, this yet-to-be-titled thriller will see Aditya Roy Kapur in a double role for the very first time in two completely different avatars. Helmed by debutant director Vardhan Ketkar the film is tentatively planned to go on floors in September this year.

Excited to work on this challenging role, Aditya Roy Kapur says, “I am inspired and excited to be part of telling such an interesting story. The original film was incredibly riveting and entertaining, and it left a lasting impression on me. As an actor, getting a chance to do a double role is double the preparation and double the challenge, and I’m certainly up for it! I look forward to collaborating with Bhushanji, Murad Bhai and Vardhan to bring this exciting thriller to the screen soon.”

Talking about his latest association with Murad Khetani and working again with the Malang actor, producer Bhushan Kumar shares, “When Murad Bhai shared the idea of the Hindi remake of Thadam I was excited as it had received a lot of acclaim down south. Working with like-minded people is always fun, that is why I like collaborating with Murad Bhai. The last film we did with Aditya was an action film and everyone loved him in that role. We all mutually agreed he will fit the characters in this as well”.

Since the release of Thadam in 2019, producer Murad Khetani was keen to make the film for the Hindi audience. Talking about the film he shared, “When I watched Thadam I instantly knew that this story needs to reach the masses. Soon after I reached out to the Tamil makers and acquired the rights of making this film in Hindi. When I shared the story with Bhushanji, he came on board immediately. Aditya has been doing great work and his image as an action hero is being highly appreciated. Since our movie needed a strong personality like his, we reached out to him and he instantly agreed to come on board. We are also looking forward to working with Vardhan Ketkar who is making his directorial debut with Thadam.

The film is being produced by Bhushan Kumar’s T-Series and Murad Khetani’s Cine1 Studios.

5 Animated series from across OTT to binge!