Bollywood star Akshay Kumar is undoubtedly one of the fittest heroes of B-Town. In fact, the star has maintained high standards of fitness throughout his career. However recently Akshay had to face a challenge of a different kind, when he was not required to lose, but pile on weight for his upcoming film. Akshay who plays a character from Delhi in Aanand L Rai’s Raksha Bandhan had to bulk up almost five to six kilos for the film. 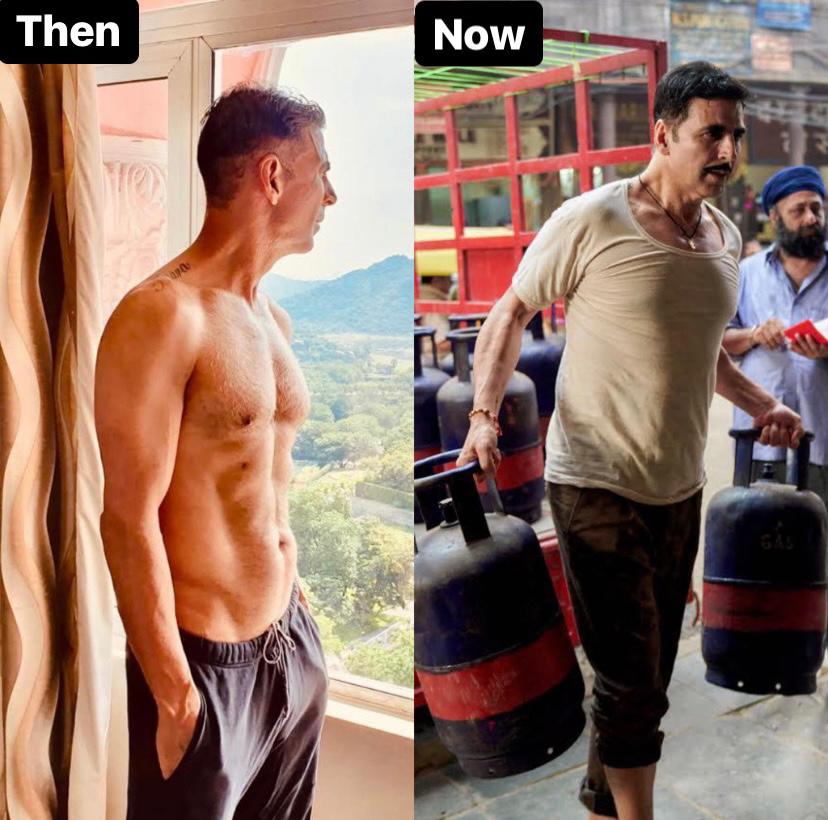 But the actor is not complaining. “I quite enjoy the process of losing or gaining weight for a character because I am able to do it in a healthy way. I have gained 5 kg in a totally natural process. And it also allowed me the rare indulgence of eating meri maa ke haath ka halwa. What a blessing!” he says.

Interestingly, he had to lose six kilos to look leaner as a cop for Rohit Shetty’s Sooryavanshi that has him paired opposite Katrina Kaif.

Meanwhile, Akshay who is currently shooting for Raksha Bandhan in Mumbai, will be seen sharing screen space with five fresh faces who play his sisters in the film. The film also stars Bhumi Pednekar.

Akhil Akkineni shows off his rippling physique in a never-seen-before avatar in Agent; Click to check it out