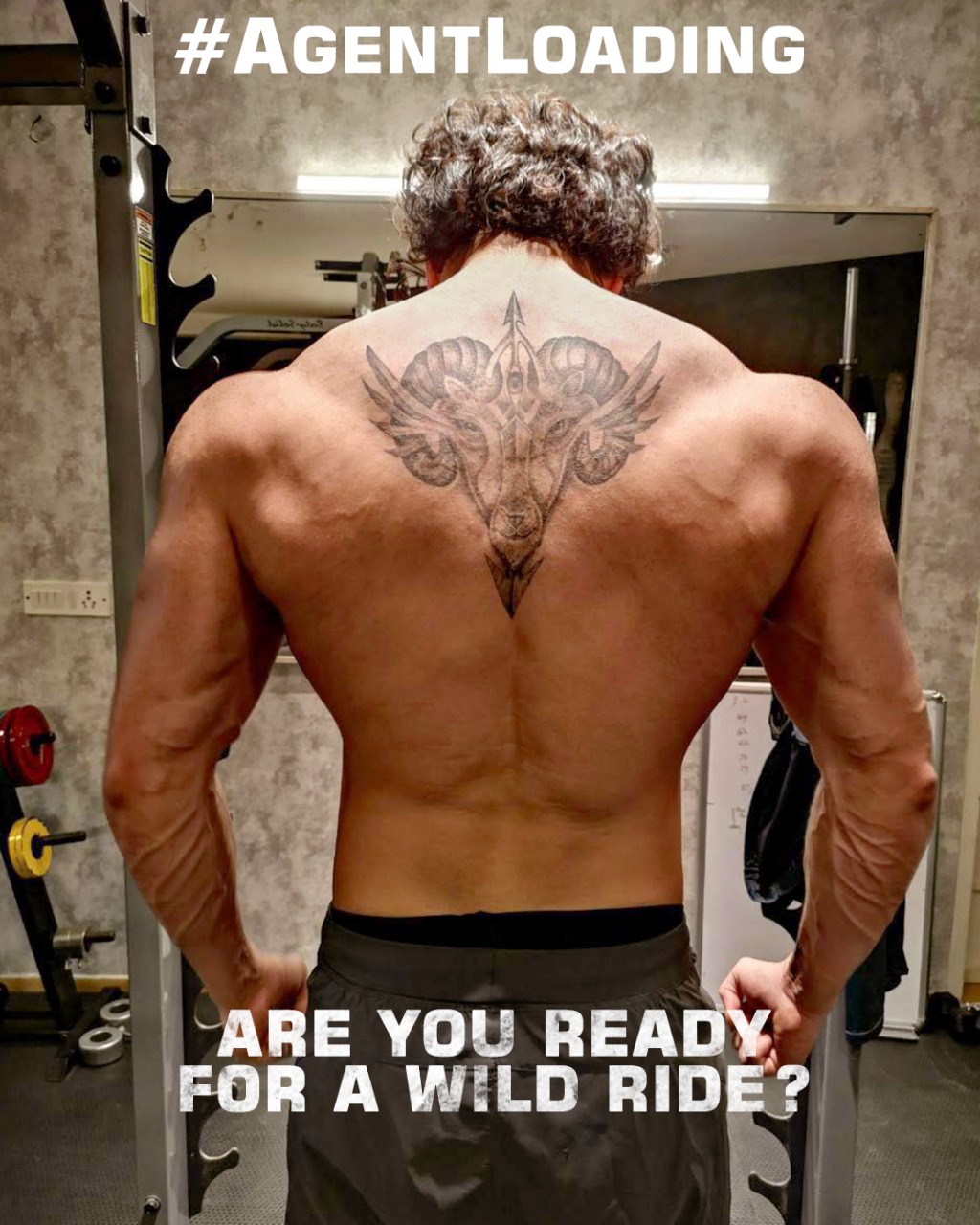 Akhil Akkineni has teamed up with acclaimed director Surender Reddy for the action thriller Agent. The director known for presenting his heroes at their stylish best will also showcase a new version of Akhil in their first film together. The film’s first look poster was revealed for Akhil’s birthday and went on to garner a fantastic response.

Produced by Ramabrahmam Sunkara under Anil Sunkara’s AK Entertainments and Surender 2 Cinema, the story is by Vakkantham Vamsi. The director-writer duo previously worked together for blockbusters such as Kick, Race Gurram and they hope to deliver yet another super hit in Agent.

The director has also shared a poster of Akhil flexing his muscles in a gym. Though his face isn’t visible in the pose that shows off his rippling back sporting a tattoo of a goat, the look has been attracting much attention.

Newbie Sakshi Vaidya has been roped in to play the leading lady opposite Akhil in the film billed to be a spy thriller. Tollywood’s leading music director SS Thaman will be scoring music, while Ragul Herian Dharuman will crank the camera. National Award winner Naveen Nooli is the editor while Avinash Kolla is the art director. Ajay Sunkara, Pathi Deepa Reddy are the co-producers of the film.

Akshay Kumar gains weight for Raksha Bandhan; reveals the reason why he enjoyed the process!

A day tour in the capital city, Abu Dhabi