Ever since the action-packed trailer of KGF: Chapter 2 has been unveiled, fans of Yash and veteran actor Sanjay Dutt can’t stop praising their impressive and never-seen-before looks and their stellar entries as their respective characters – Rocky and Adheera.

Hailing Sanjay Sutt as the perfect antagonist Adheera in the mega action entertainer, his ardent fans have heaped huge praises on him for his cruel and menacing look in the movie. Industry is abuzz with talks of Dutt pulling off a character that will redefine the graph and identity of antagonists in Hindi cinema.

Meanwhile, proud wife Maanayata Dutt has shared an intense body transformation video hubby Sanjay Dutt as he prepped for his role as Adheera.

Maanayata Dutt took to her social media and shared a short video of Sanjay Dutt’s images from his gym workout while he transformed for his role of ‘Adheera’. She wrote down a beautiful caption on the image by tagging the husband –

“And You roar again”
“I believe in you” 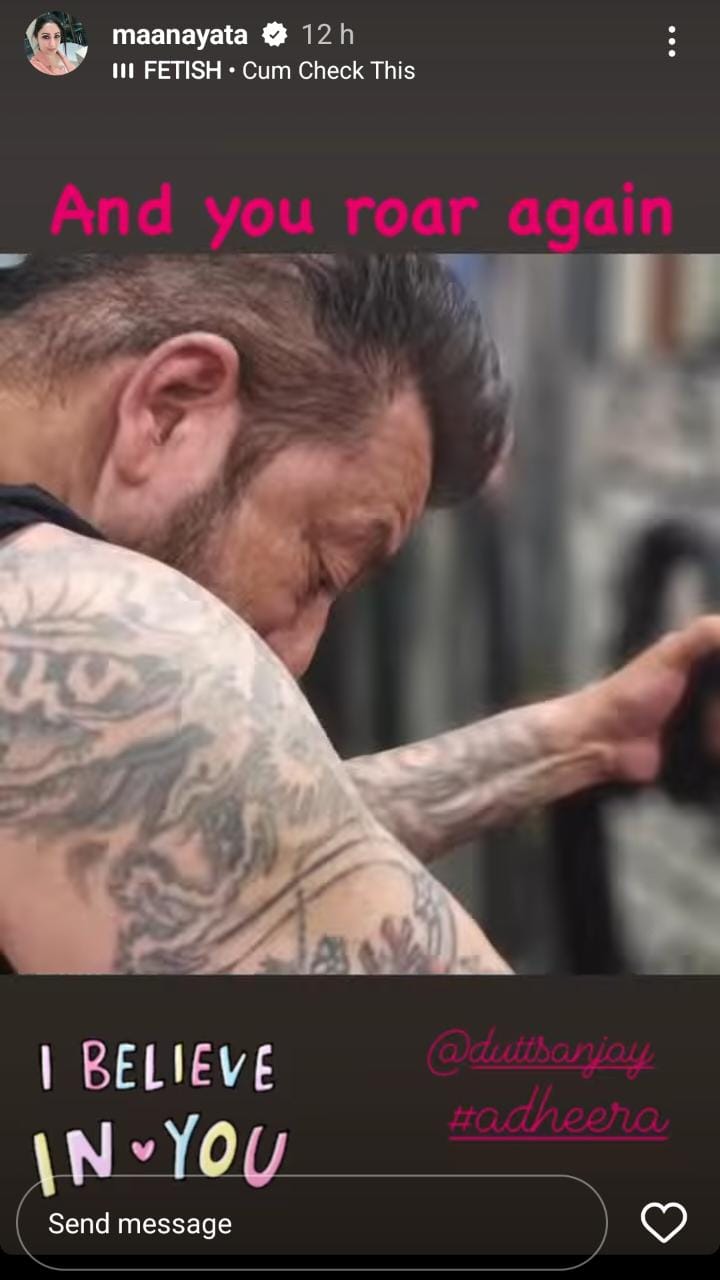 A few days back Sanjay Dutt was also seen sharing his excitement on coming back to the gym for the role.

Besides locking horns with Yash’s Rocky as Adheera in KGF Chapter 2 slated to release on 14th April, 2022, Sanjay Dutt will also be seen in Ghudchadhi to be directed by Binoy Gandhi. He also has Shamshera and Toolsidas Junior in the pipeline.

'I’m having the time of my life!’: Bhumi Pednekar reveals why!