Yes, that’s right! Actors Anupam Kher and Aahana Kumra will be seen sharing the screen once again for their new release which is a short film called ‘Happy Birthday’. They are all set to have the audience be in awe of their work through their forthcoming short film which is produced by FNP Media. The last time both actors shared the screen in the critically acclaimed The Accidental Prime Minister movie.

Talking about what the film has in store for the audience, Director Prasad Kadam, went on to say “This film which is titled “Happy Birthday” by its name you may think it is a happy go lucky movie but that’s the irony, the movie revolves around what we call it, a dark thriller. Both Anupam Sir and Aahana are playing very interesting characters, which was definitely a treat to direct! It’s pleasure to work with Mr. Anupam Kher since he is a very spontaneous and cooperative actor. It’s always very organic when you are with him. Aahana Kumra is unapologetic and experimental, and owns it too!” 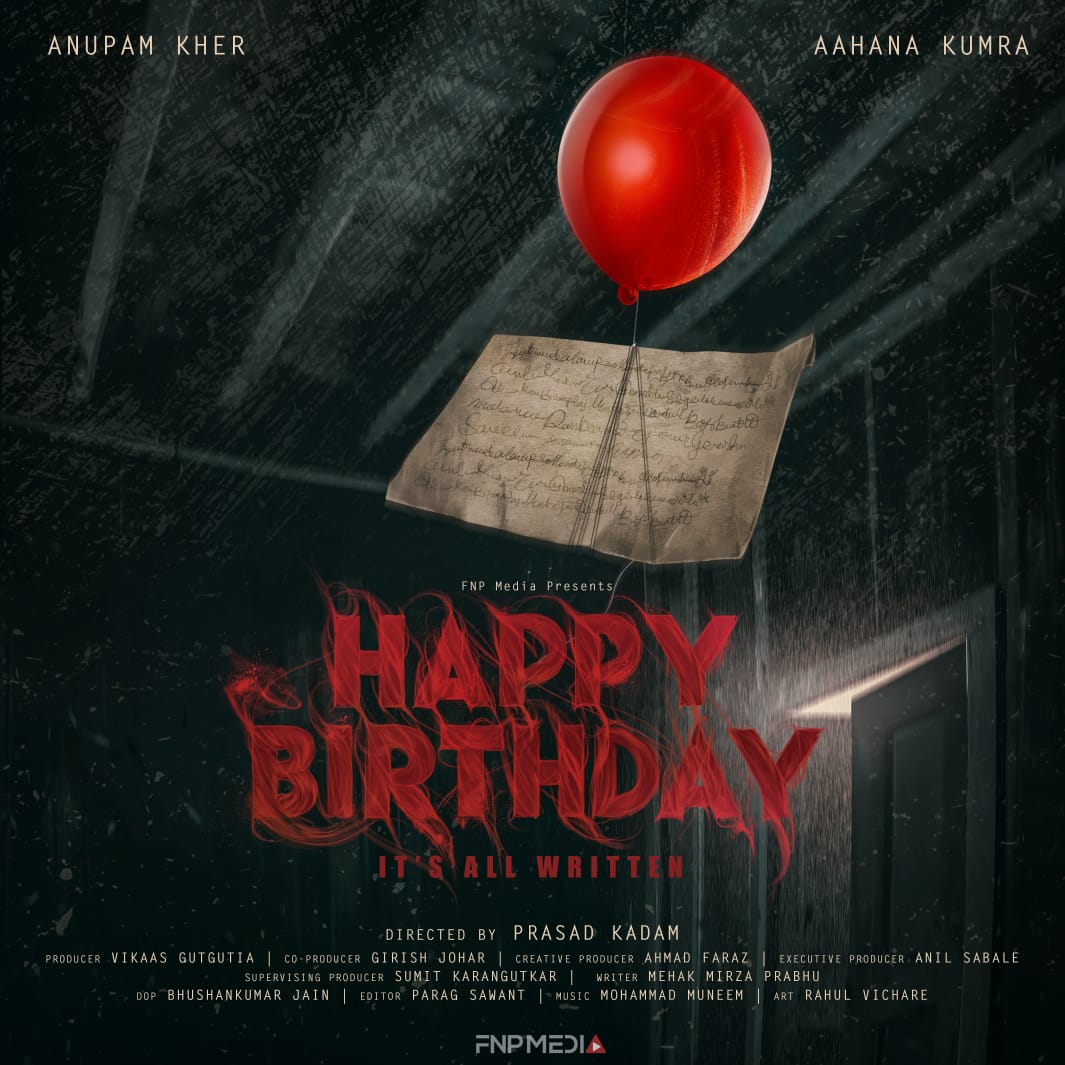 He further goes on to say, “The graph of their characters will definitely take the audience by surprise. It’s a very interestingly written story that will make you rethink your concepts of life and death. We start the shoot on 22nd February in Mumbai. Once the shoot and post-production work is over, we will announce the release date.”

Actors Anupam Kher and Aahana Kumra are all set to start shooting for Director Prasad Kadam’s short film ‘Happy Birthday’ with of course keeping in mind that the times are still tough considering the COVID-19, they are cautious and are set to start off with proper safety precautions.

The filmmaker Prasad Kadam and FNP Media are coming together for their second collaboration as well post-Chuha Billi. The film is scheduled to release in 2021.

Mohanlal, overjoyed by the response to Drishyam 2, posts thank you!

Kabir Khan's 83' to release in Hindi, Tamil, Telugu and Malayalam in theatres