Bollywood filmmakers have often looked at the West when it comes to inspiration for their films and Hollywood has been the staple diet for adaptations. However, off late, they have been increasingly tapping world cinema and Korea seems to lead their list. Indian filmmakers are frequently adapting Korean films and quite beautifully so. Films written for another country and context often unfold in amazing ways when domesticated. Let’s look at a few films inspired by K-Drama:

Bharat – Ode To My Father 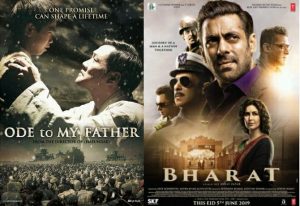 Salman Khan’s Bharat is inspired by the South Korean film Ode To My Father which was released in 2014. The film is directed by Yoon Je-Kyoon, starring Yunjin Kim and Hwang Jung-min in lead roles.

Bharat adapts the Hungnam Evacuation during the Korean War into the Indian context with the Partition. Both films tell a story of a grieving brother who longs for his sister whom he lost in the chaos. The film stars Salman Khan,  Katrina Kaif, Disha Patani, Jackie Shroff, and Sunil Grover in lead roles.

Ek Villian – I Saw the devil 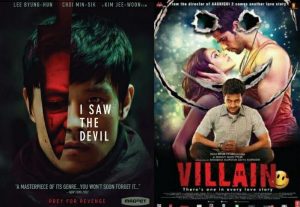 Both films follow the story of a distraught husband trying to avenge the death of his wife. The Korean version is said to be more violent than its Indian counterpart. 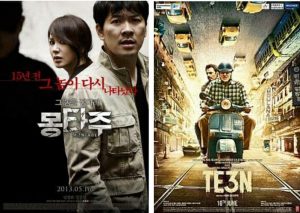 Both the films are about a grandfather who tries tracing his granddaughter’s kidnapper and murderer only to be faced by their own guilt. The film’s plot is gripping and the masterful acting makes it a riveting watch.

The films are about a police officer who sets out to find a kidnapper after a case of prostitutes gone missing. 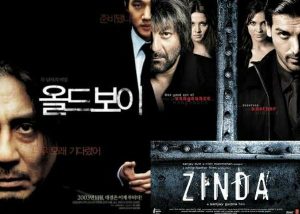 Zinda starring Sanjay Dutt, John Abraham, Celina Jaitley and Lara Dutta in lead roles is a remake of the South Korean film, Oldboy. Oldboy is directed by Park Chan-wook and is an adaptation of the Japanese manga, Old Boy. The film stars Choi Min-sik, Yoo Ji-tae, and Kang Hye-jung in lead roles.

The films are about a man who is held captive for no apparent reason and is suddenly released, he sets out to seek revenge from his wrongdoers for the injustice. 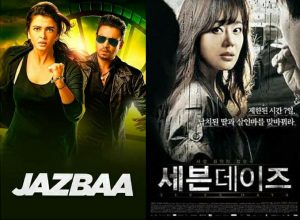 Both films follow the journey of a female lawyer, who has to defend a felon to rescue her daughter from the kidnappers, and there is only a week left until the trial.

The films revolve around a powerful and controlling king who is replaced by an amicable doppelganger in his absence. What follows is a series of misunderstandings and truths.

Which ones are your favourite?

Hats off to the fashionistas!

Salman wraps up Antim and gears up for Pathan, Radhe and Tiger 3