After a busy week at the United Nations General Assembly, actor, producer and philanthropist Priyanka Chopra Jonas, along with her director Anthony Russo, spoke passionately about her upcoming sci-fi espionage series, Citadel, for Amazon, at a panel discussion on Inside TV’s Best Big Bet at the recently-concluded Fast Company Innovation Festival, held in in New York City.

Dressed in a royal blue Yuzefi pant suit, the global icon explained what really drew her to this global action franchise that demanded months of her time and that led her to learn and speak six languages. “You don’t have to watch the American show to understand,” she said. “But if you watch all the other shows, they’re all connected, and that’s never been done in television. It’s such an interesting experiment, especially for a streamer like Amazon that caters to audiences across the world. To be able to offer a show which cross-pollinates audiences and languages is just so exciting to me. So it was innovative, and that’s what I loved about it,” said PeeCee who is already looking forward to the local spinoffs that will be made for India, Italy, Spain and Mexico markets. 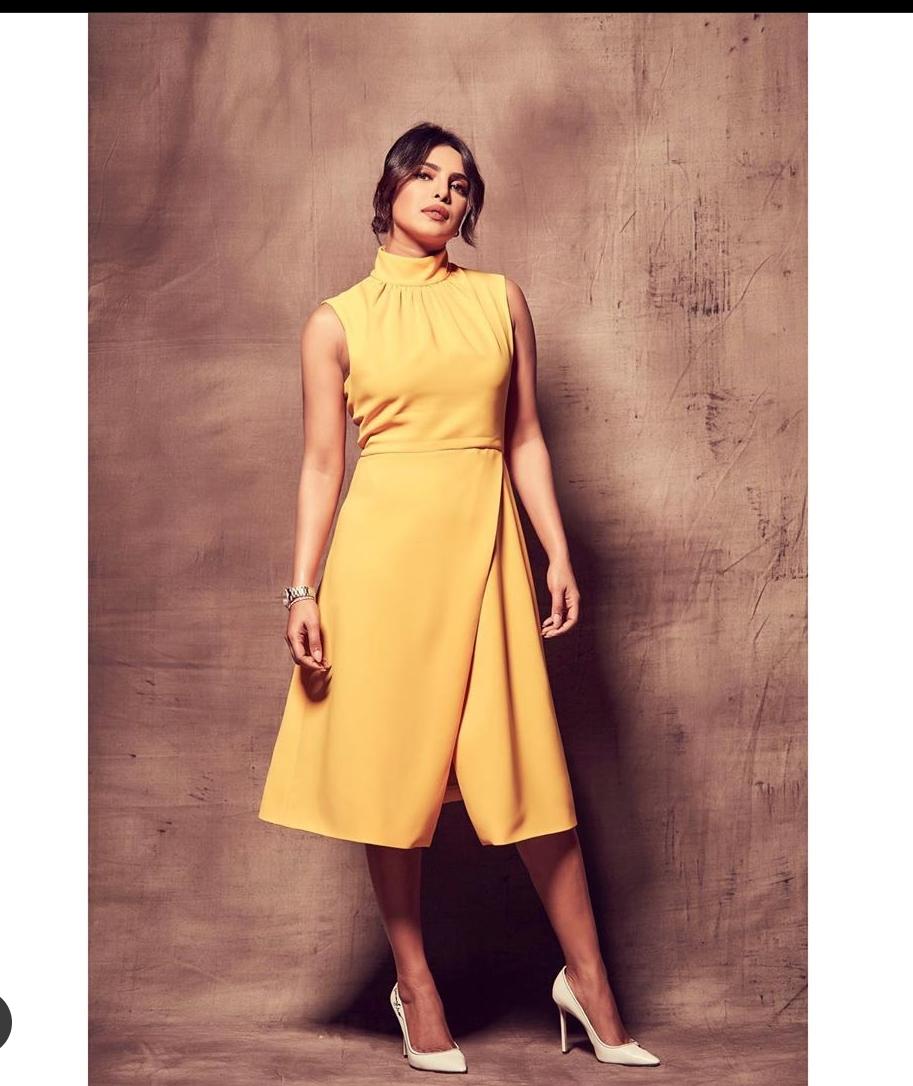 Priyanka, who is the first Indian actor to have a first-look TV deal with Amazon Studios, was an obvious choice to headline the show for Amazon Studios head Jennifer Salke and director Russo. “When she brought up Priyanka, it was like a light bulb went off,” Russo said. “It was so intelligent and so smart because Priyanka represents the essence of what we’re trying to do with the show. The fact that she’s done such amazing work in India and internationally. She has this sort of dual identity—a foot in both worlds.”

Set in the near future and the storyline centres on a global spy organization called Citadel that Russo describes. Priyanka plays one of the top agents at Citadel, alongside Richard Madden of the Game of Thrones fame. “This agency ends up coming in conflict with a new rival agency that has been developed by the world’s elite to sort of protect their self-interests. So it’s a global struggle between these two competing points of view about what humanity should be,” added Russo.

DON’T MISS: House of the Dragon season finale on OSN+