The Grammy-winning global star, Justin Bieber is all set to release his sixth studio album titled Justice on March 19. The album will feature the artist’s global hit songs like Holy featuring Chance the Rapper, Lonely featuring Benny Blanco, and Anyone.

In a tweet announcing the release, Bieber wrote- “In a time when there’s so much wrong with this broken planet, we all crave healing- and justice- for humanity.”

Bieber further states that his goal is to “make music that will provide comfort; to make songs that people relate to, and connect to, so they feel less alone.” He continues stating that what leaves people hopeless is the suffering, injustice, and pain they endure. And that music is the best way to connect and relate with each other so that people don’t feel alone. 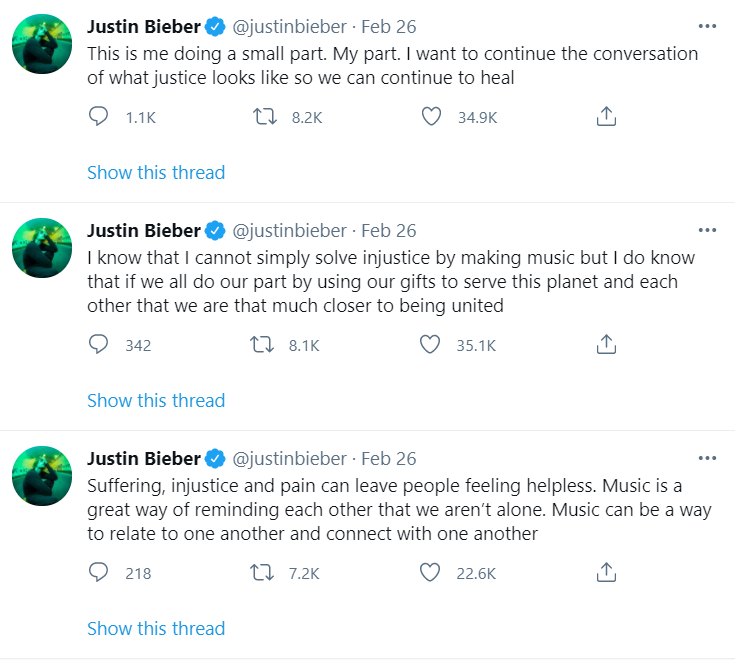 Bieber also reminded himself that he cannot solve injustice by just making music but he appealed that if all people do their parts by using their gifts to serve and unite this planet.

The tracklist will also name 19 other songs, which were allegedly spotted in his documentary, Justin Bieber: Next Chapter, however, JB hasn’t confirmed anything yet. The rumor mill also says that the JB6 album might have songs featuring Shawn Mendes, as the two recently collaborated on Mendes’s track Monster.

Kal Penn, Irrfan Khan's screen son in 'The Namesake,' writes to Babil Khan about his late dad. Here's what he said