Raghav Juyal, who claimed fame as a contestant and finalist on Dance India Dance and famously became known as the ‘King of Slow Motion’, has much on his plate with the release of a series and a music video, and a film on Disney+ Hotstar on the way. The actor, dancer, and choreographer speaks to Deblina Munshi about his approach to acting and how dance helps him become a better actor.

You’ve been a successful dancer, what was it that drew you to acting?
Dancing and acting, both are forms of expression. In fact, in dance, our expression is very genuine and honest. I used to watch actors and wonder how they did what they did, so I gave it a shot. Acting is also like dancing—the dance of emotions and feelings. There’s movement and a moment in acting where you can discover yourself. I find this craft very interesting and I also professionally learned acting for 2.5-3 years. With each character, you come to know something new about yourself.

How did the Abhay series happen?
Auditions! I give a lot of auditions, out of hundreds, you often get selected in one. One of them is soon to be released on Disney+ Hotstar called Bahut Hua Samman. That’s how I 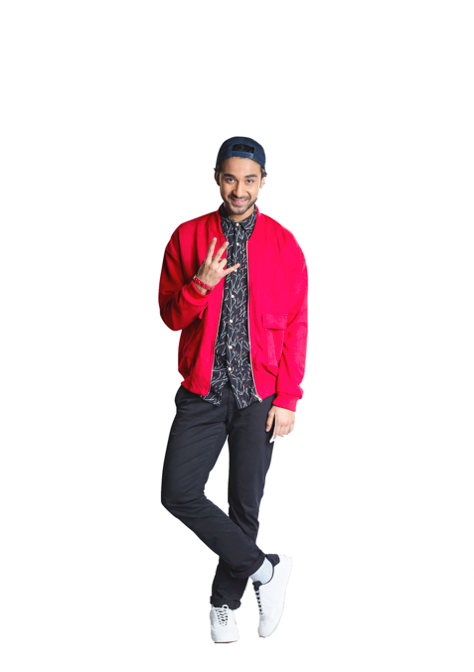 There are many layers in the character. It was quite challenging for a guy like me who is usually happy and positive. I had a lot of scope to showcase my versatility and it was an interesting character. He has a traumatized past that explains why he engages in violence. I think it’s every actor’s dream to portray a negative character.

Did the character you played change something in you?
Definitely. It was a challenging character so I had to trigger my emotions accordingly. I had to do that from memory and parallel imagination. I think such characters make you secrete a lot of hormones like dopamine, and you tend to get tired. As an actor, I learned a lot. Working with Ken Ghosh taught me a lot. I took a huge emotional risk to play this character. But, Bahut Hua Samman is just the opposite. It is a romantic-comedy in a satirical format infused with a lot of humour.

Many people have compared the look of your character with Harry Potter. Was that intentional?

(Laughs) I don’t know how that happened. I think I look like a poorer version of Harry Potter. (Laughs) I think my look was a far cry from that of Harry Potter. Yes, I did have round glasses and long hair, I also lost a lot of weight for the role, and my body language changed significantly.

So, tell us about Bahut Hua Samman and your character in it?
So in Bahut Hua Samman, there are huge names like Sanjay Mishra, Ram Kapoor, Namit Das, Nidhi Singh with me. I got to learn a lot from them. Ashish R Shukla is an eminent director and has created a very fun film. It’s a raw film made for the love of cinema. The story is very nice. My character’s name is Bonny and my best friend is Sandu, we’re students of mechanical engineering at Banaras Hindu Vishwavidyalaya who are unemployed so we take other measures. So, the story revolves around the aftermath of a bank robbery. Sanjay Mishraji plays a Ph.D. scholar in the university who goes about lecturing people. The film involves dark humour and situational comedy.

Since the film is a multi-starrer, what makes your character stand out?
In dance, we wish to stand out since it’s like a competition but in acting, we can’t compete. That just ruins the scene. We as actors take responsibility for each other. It’s a collaborative process and not a competition, so I never thought of standing out, I just got into the character and shot the scenes.

Since you come from a background of dancing, do you look for dance as an element in projects that you pick up?

No, I don’t. There are things like the script, the story, whether it’s acting-based, content-driven, or not, that I have to look at. But, since I’m a dancer, I’m very aware of my body. So, I use my body for characterization.

Untangled: A guide to combs