Well-known filmmaker Shekhar Kapur has been appointed the President of Film and Television Institute of India (FTII) Society and Chairman of the Pune-based Institute’s governing council. Confirming the announcement, Union Minister of Information and Broadcasting, Prakash Javadekar, tweeted: “Happy to inform that renowned international film personality #ShekharKapur has been appointed as the President of FTII Society & Chairman of Governing Council of FTII. @narendramodi.@shekharkapur.” Kapur’s tenure as the President of FTII will last till March 3, 2023. 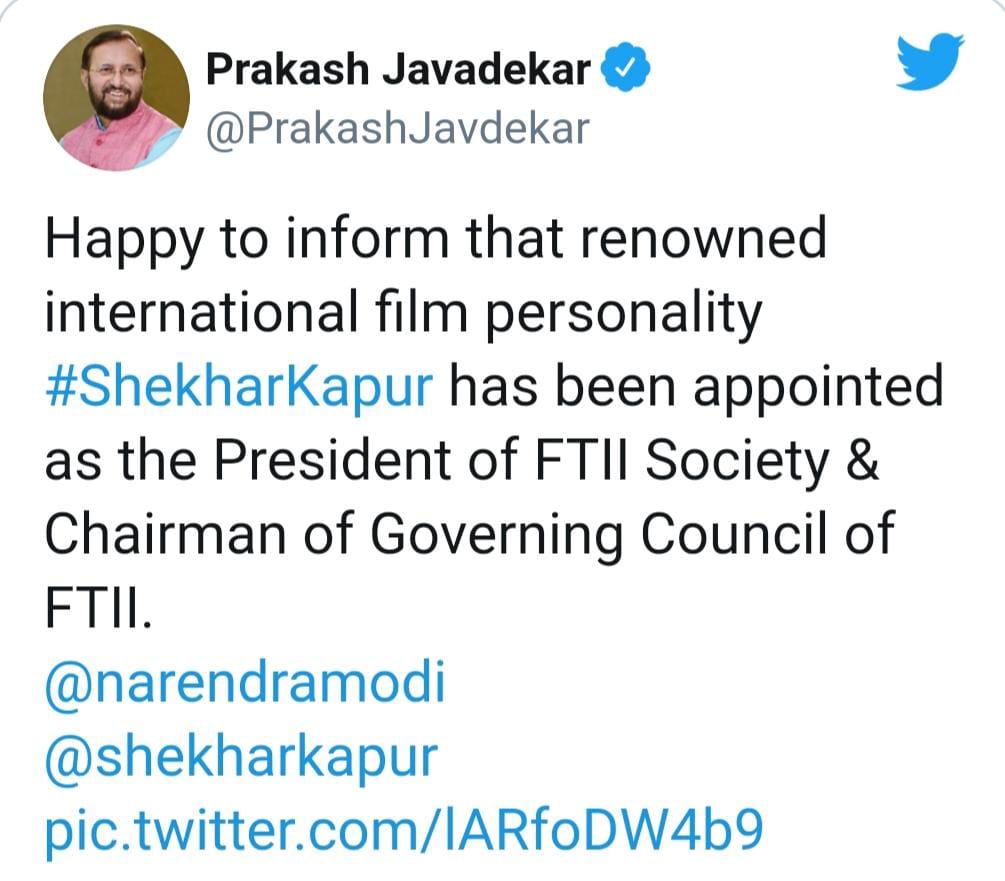 Congratulatory messages poured in for the globally-renowned director, who is known for his popular and critically-acclaimed films like Masoom (1983), Mr India (1987), Bandit Queen (1994), the Oscar-nominated Elizabeth (1998), as well as a segment of the anthology, New York, I Love You (2008), amongst others. Besides directing, Kapur has also acted in a few Hindi films, as well as TV shows.

Exclusive: "Acting is the dance of emotions and feelings", says actor and dancer Raghav Juyal

0
Aakanksha Naval-Shetye September 30, 2020
No Comments Yet