With multiple back-to-back releases lined up in 2022, Elli AvrRam is on a roll. The Swedish-actress who made India home after her Bollywood debut with Mickey Virus, has since gone on to make some impressive screen outings including Malang and her blockbuster song ‘Har Funn Maula’ with Aamir Khan. And now with her films Goodbye co-starring Amitabh Bachchan, Naane Varuven with South star Dhanush, and Ganapath with Tiger Shroff and Kriti Sanon coming up, she’s looking forward to her innings here. And as our Editor catches up with the actress over a candid chat, she tells Aakanksha Naval-Shetye about her exciting work and overcoming the obstacles of being stereotyped

You have a very impressive line-up of films…
Yes, I am very excited and grateful. I never thought that these movies will end up releasing back-to-back. We started with Goodbye last year and started with Naane Varuven this year. So Naane Varuven which is my South debut released on September 29th  and Goodbye is releasing a week later on October 7th. Both these films are very special to me, very close to my heart. And I’m just hoping that my audience, fans, my well-wishers will love my performance, especially since my roles in both are poles apart. I love to look very different in each and every film. And I also have Ganapath where again my look is very wild. And then there’s a fourth film as well which I haven’t announced yet which is again a very different look. 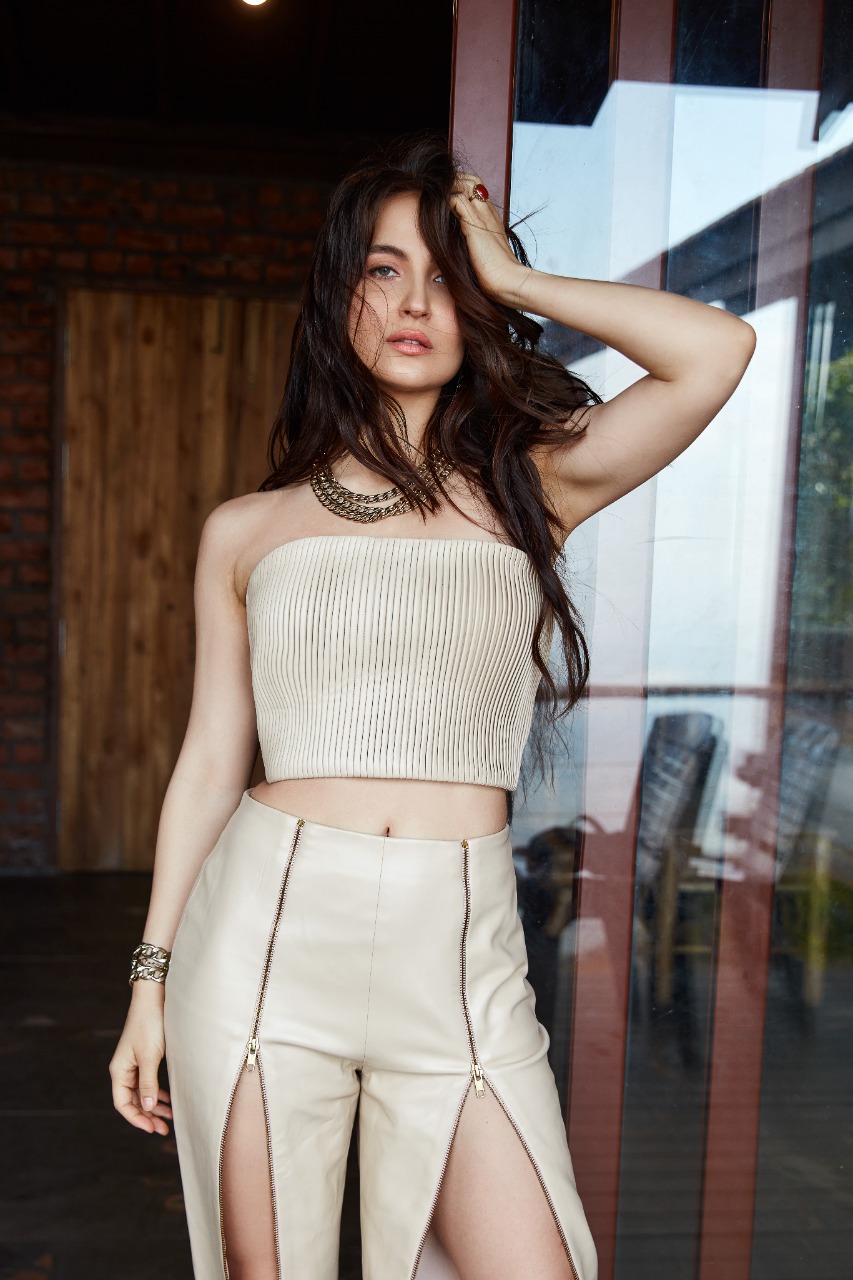 Making your debut in South with a star like Dhanush must be all the more special?
I’m very excited about my debut in South because it’s actually been on my dream list. I love how they always keep their tradition alive in the films. And I really love that, also because of my love for India and its culture. And yes it’s been a dream come true to work with Dhanush and with Selvaraghavan Sir who is really a genius and a wonderful director. Dhanush as a co-star is amazing. More than a superstar, he is such a fabulous actor. And that for me is more of a high, to get to perform with such an amazing actor, because it brings out the best in you.

And you’re also working with Amitabh Bachchan…
To tell you the truth, even in my wildest dreams, I never thought there will come a script where I will fit the role with Amitabh Bachchan Sir. And then this script comes and I nailed the audition and I’m doing a film with him. It was surreal. Like I used to dance to ‘Shava Shava’ and here I am acting alongside him. It took me some time to tell him about this because I’m a little shy but then I do remember that I told him. And he was just so sweet.

How have you navigated around the obstacles, considering it must not have been easy for you to break into Bollywood?
Yes, it’s been a roller coaster ride. It’s literally me being stubborn and not giving up. I just believed in myself, I know my art and I know what I can bring to the table. I love to act. It’s what I live for and I can’t really think of anything else. Also I am the kind of person who love challenges. Even though there have been moments where I really felt like I’m going to just pack my bags. But I have faith in my honesty towards my craft. And I’m not going to give up that easily. And because of those stubborn moments, God has just blessed me with such wonderful projects. So great things do come your way. You just have to keep on working on yourself. You just have to keep on believing in yourself and just keep patience. It might take time, but it will come to you. I am a proof of that. When I decided to go for my dream, everyone around me was like ‘but that’s just not possible’ And I was like, let me be the first one that first person who changes the possibilities in life. So no matter how weird or crazy or wild your dream might sound, if you really believe, it will happen. 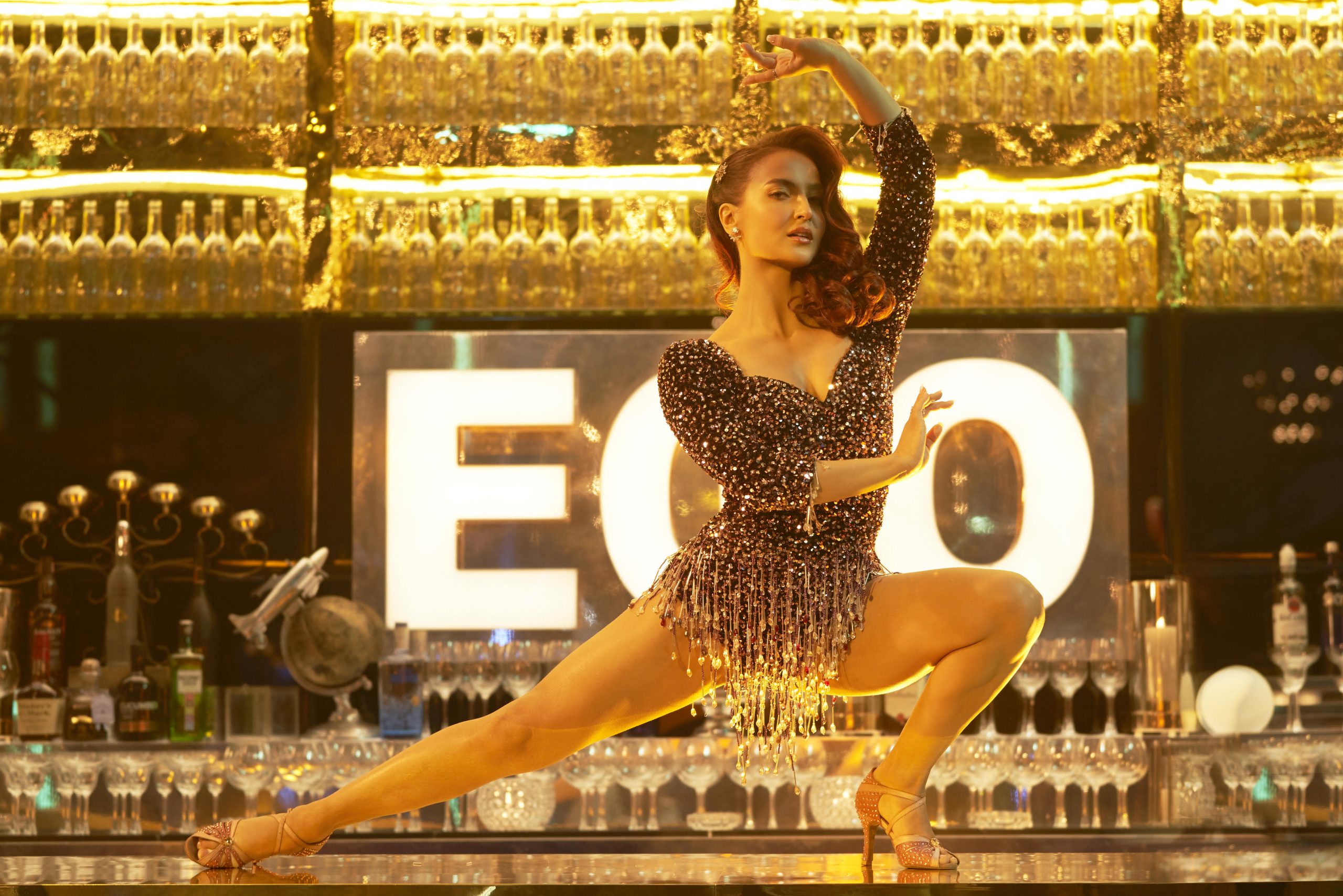 Actors especially with dancing skills like you have, do get typecast. Was it challenging
to break that mould?
Yes, oh my Goodness! It’s really been a journey where I have worked very hard to just not be typecast, because that was happening initially. There’ve been a lot of projects which I have said no to just because I’ve been very clear with my goals and with my dreams and what I’ve actually come here for. I love to act and dance. I started off my career as an actress with Mickey Virus and then of course Kis Kisko Pyaar Karoon. Then of course I’ve done a lot of songs, which I really loved. And then it was that phase of ‘Is she a serious actress or has she only come here to do songs?’ Dancing is just a part of something I love to do. But I’ve grown up watching Indian films and loving the fact that you as a heroine can act and also dance. You express in both ways and that’s what I connected to so much. But it took a while for filmmakers to understand that dancing for me is a plus point, not the whole deal! So I’m grateful that there were filmmakers who could look beyond my dance talent and see the actress in me. Like Selvaraghavan Sir, he took that leap of faith and believed in me for this role, because it’s a very performance-oriented role.

When not shooting, what would we catch you doing… partying or being a home-body?
I’m totally a home-girl, a ‘gharwali’ (laughs). I love being at home. Just me and my cat. To make me step out from my home, that’s an achievement for the other person. I do love to meet my friends and celebrate and do adventurous things, but I would always prefer to be at home.

And what’s your take on love?
For love, it definitely has to be a guy who’s going to pursue me, because I am so in love with my work, all my focus is on my art, what I want to create, and how I want to grow as an artiste. Also I’m addicted to my babies – to my Charles and Edward – my two cats. I don’t have time to be entertaining someone. So the effort has to come from that person. And that person has to have a lot of patience.

Your Hindi is so clear. Is it something that you’ve been working on regularly?
There’s actually a lot of confusion when I step out and I’m not dressed in Indian clothes and suddenly I start talking in Hindi and everyone just stares at me. They’re so confused like is she Indian? But it’s purely my love for the language, for the country, for the culture. I even studied Devnagri from Stockholm University before moving to India. And then when I came here, I just made sure that I talked in the language every day. I feel so comfortable talking in Hindi. It’s one of the languages I speak on a daily base for the last nine years.

Coke Studio LIVE: Artists gear up for a memorable evening at the Coca-Cola Arena in Dubai