The week leading to South star Ram Charan’s birthday celebrations on March 27 had been an eventful one with fans across the globe gearing up for his big day.

Ram Charan who has two big releases to watch out for this year – Acharya and RRR that also stars Bollywood actress Alia Bhatt – celebrated his birthday on March 27. From nine major events being planned at nine locations across India to Charan being featured on the NASDAQ building billboard at Times Square, the build-up to the mega-star’s has been a show of fan love. Over 5,000 units of blood were donated during the period across camps and food, water and clothes too were distributed by fans! 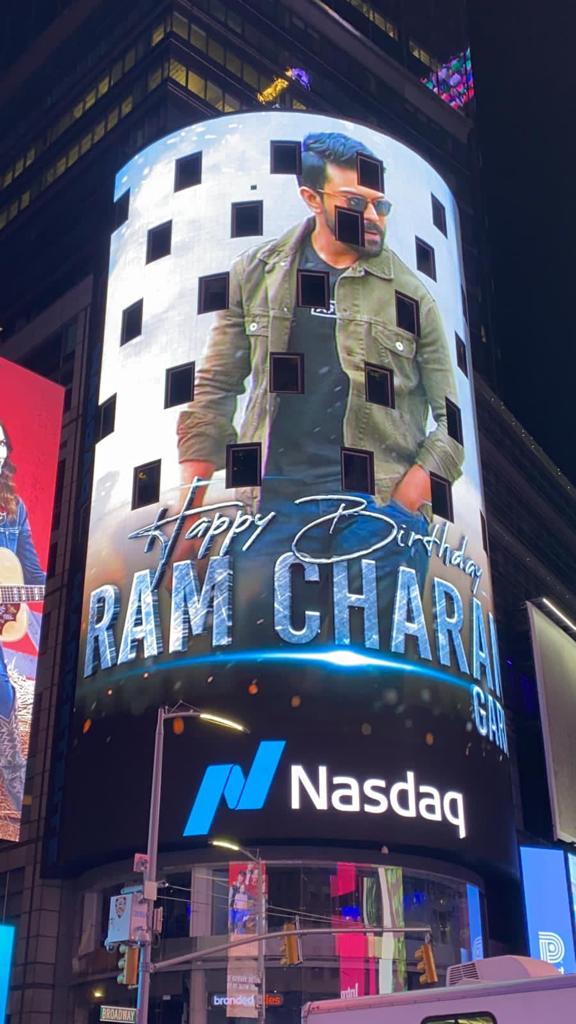 The celebration kickstarted off on March 20 in Vizag with a medical camp and a drive to distribute books and clothes over the weekend. The days ahead had several more medical camps and blood camps being organised at several locations across the Telugu-speaking states.  Blood donation camps were held on the same day at around 12 locations including Hyderabad, Nizamabad, Sulurupeta, Rajahmundry, Suryapeta, Vizag and Naidupeta.

The week-long activities came to an end on March 27, with blood donation camps at 24 more locations including Chitoor, Kadapa, Repalle, Anantapur, Vijayawada, Hindupuram, Ongole, Adoni, amongst others.

Radhika Apte wishes a Happy Holi and unveils poster of her next project- a spy entertainer!

After the National award win, Kangana Ranaut is back to work on Tejas