Chiranjeevi’s GodFather is one of the most-awaited films this year. Bollywood superstar Salman Khan is playing a mighty role in this mass action entertainer that will feature many noted actors in prominent roles. Chiranjeevi also for the first-time sports salt and pepper look. The glimpse to introduce Chiranjeevi’s character and then the teaser got an overwhelming response. 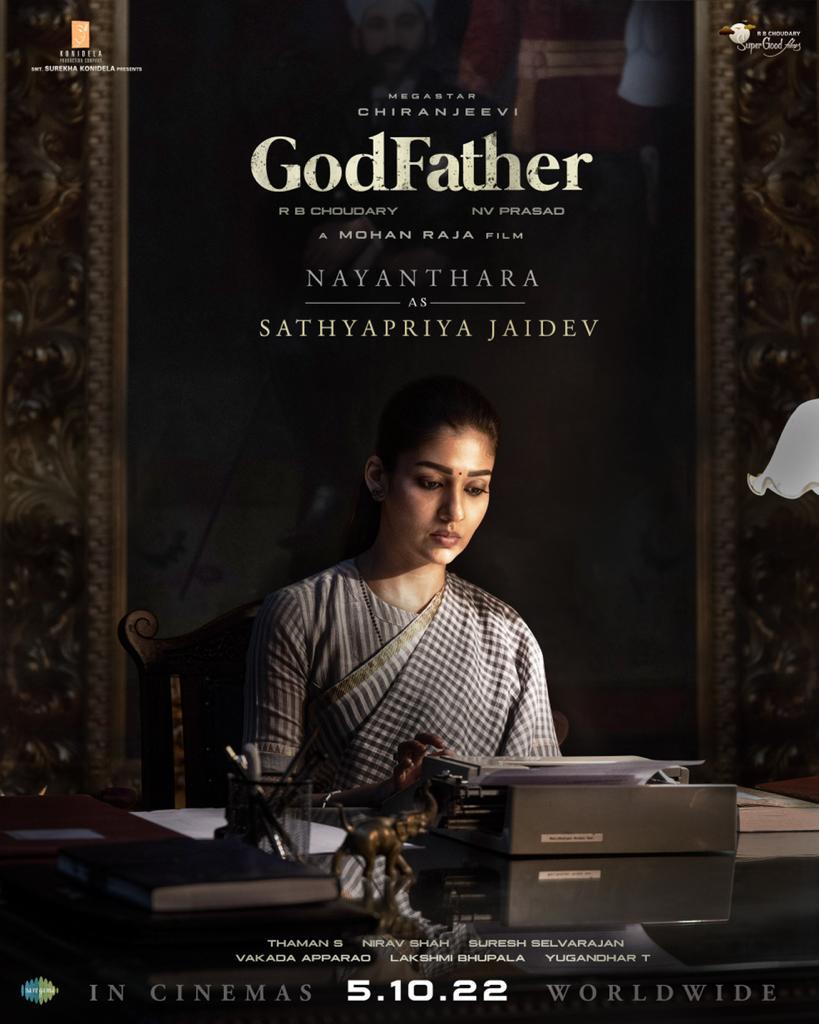 Today, Nayanthara’s character from the movie has been revealed. She plays the role of Sathyapriya Jaidev. Nayanthara looks traditional in a cotton linen checkered saree. Puri Jagannadh and Satya Dev are the other prominent cast. Mohan Raja is directing the movie, RB Choudary and NV Prasad are producing it, while Konidela Surekha is presenting it. The film is being mounted on lavish scale. Godfather will be releasing during Dasara on October 5th, this year.

0
Aakanksha Naval-Shetye September 8, 2022
No Comments Yet