The inspiring trailer toplined by Janhvi Kapoor and Pankaj Tripathi holds tremendous potential for the film to be an interesting watch; the two actors make an impressive father-daughter duo

Makers of Gunjan Saxena: The Kargil Girl dropped the much-awaited trailer of their biopic today (August 1). And if the film (directed by Sharan Sharma) is as good as the trailer, then they have a winner at hand. The trailer that quickly covers the wide spectrum of the film – from a young girl’s dream to her overcoming all obstacles in achieving them right up to the Kargil War and her immense contribution in it – is inspiring and already makes you root for the protagonist. Of course, the story that is inspired by events based on the life of Indian Air Force pilot, Flight Lieutenant Gunjan Saxena is such that it automatically evokes respect, strong patriotic fervour and support. But the trailer shows great promise in its directorial execution on screen as well and seems to have done justice to the first Indian female air-force pilot in combat.

Besides, the highly-motivational story, Pankaj Tripathi already wins hearts in the trailer, in his role as a supportive father, who stands steadfast by his daughter and her dreams of becoming a pilot in the Indian Air Force. Janhvi looks convincing and impressive as Gunjan Saxena. In a film that she toplines, Janhvi holds much promise and we’re definitely looking forward to her performance in this one. Vineet Kumar Singh, Angad Bedi, Manav Vij, Ayesha Raza Mishra and the rest of the actors look perfectly cast too. Check out the trailer of Gunjan Saxena: The Kargil Girl right here:

The trailer is crisp and gives us a glimpse of the challenges Gunjan goes through as an aspiring woman pilot in the Air Force, which was largely considered a men-only domain. It’s made very clear right from the start that if she aspires to join the Air Force then she’ll have to prove her mettle as a soldier. “Hamaari zimmedari hai is desh ki raksha karna, tumhein barabari ka mauka dena nahin,” says one of the senior commanding officer in a voice-over, emphasizing that gender can neither be an excuse nor a key to an opportunity. But besides the challenges that any aspiring candidate in the defence forces has to go through, Gunjan has an even larger ground of obstacles to cover, that includes fighting the bias towards women in general. Her helplessness as she hunts for a women’s changing room for example or being made to feel incompetent for being physically weaker in comparison to the men. 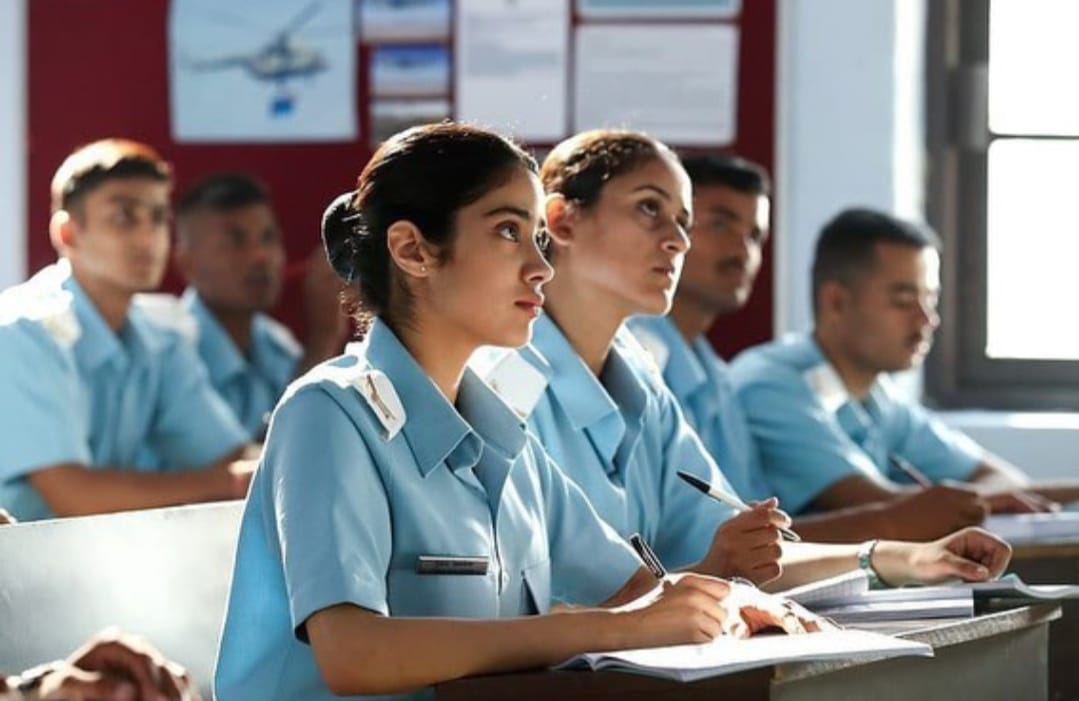 Gunjan Saxena: The Kargil Girl is set on a very inspiring premise and the trailer seems to be doing complete justice to it. The film is promising to be an interesting watch! All in all, we are excited about the film – directed by Sharan Sharma and produced under Dharma Productions (Karan Johar, Hiroo Yash Johar, Apoorva Mehta) and Zee Studios – and look forward to its release on August 12 when it premieres on Netflix.