On International Tiger Day, the actor who has planted over 8313 trees in tiger habitats, emphasises the need to protect self-sustaining ecosystems

Today is International Tiger Day, a global celebration to raise awareness for tiger conservation. Actor, producer, champion for nature, Dia Mirza is acutely aware of the connection between habitat preservation and tiger conservation and since 2018, has planted over 8313 trees in tiger habitats including Panna Tiger Reserve in Madhya Pradesh, Ramtek in Maharashtra and Sundarbans National Park in West Bengal. In 2016, she also directed and produced # KidsForTigers, a Public Service film on International Tiger Day, to involve the future generation in conservation initiatives.

Dia says, “We need to do more than just exchange platitudes about this magnificent and endangered big cat because its habitats continue to shrink and the global tiger population seems to be in perpetual decline. It is heartening that in India, the tiger population has grown but because of human-animal conflict, this success story is at peril. We do not seem to understand that continuous threats to wildlife habitats will undermine any conservation work for tigers. This year’s theme, ‘Their survival is in our hands’ could not be more relevant. It is time to be part of the solution and actually save our national animal and to understand that we cannot save the tiger without saving our diverse forests. Without protecting biodiversity ranging from tigers to termites, butterflies to bears, we cannot in the end protect ourselves as a race.” 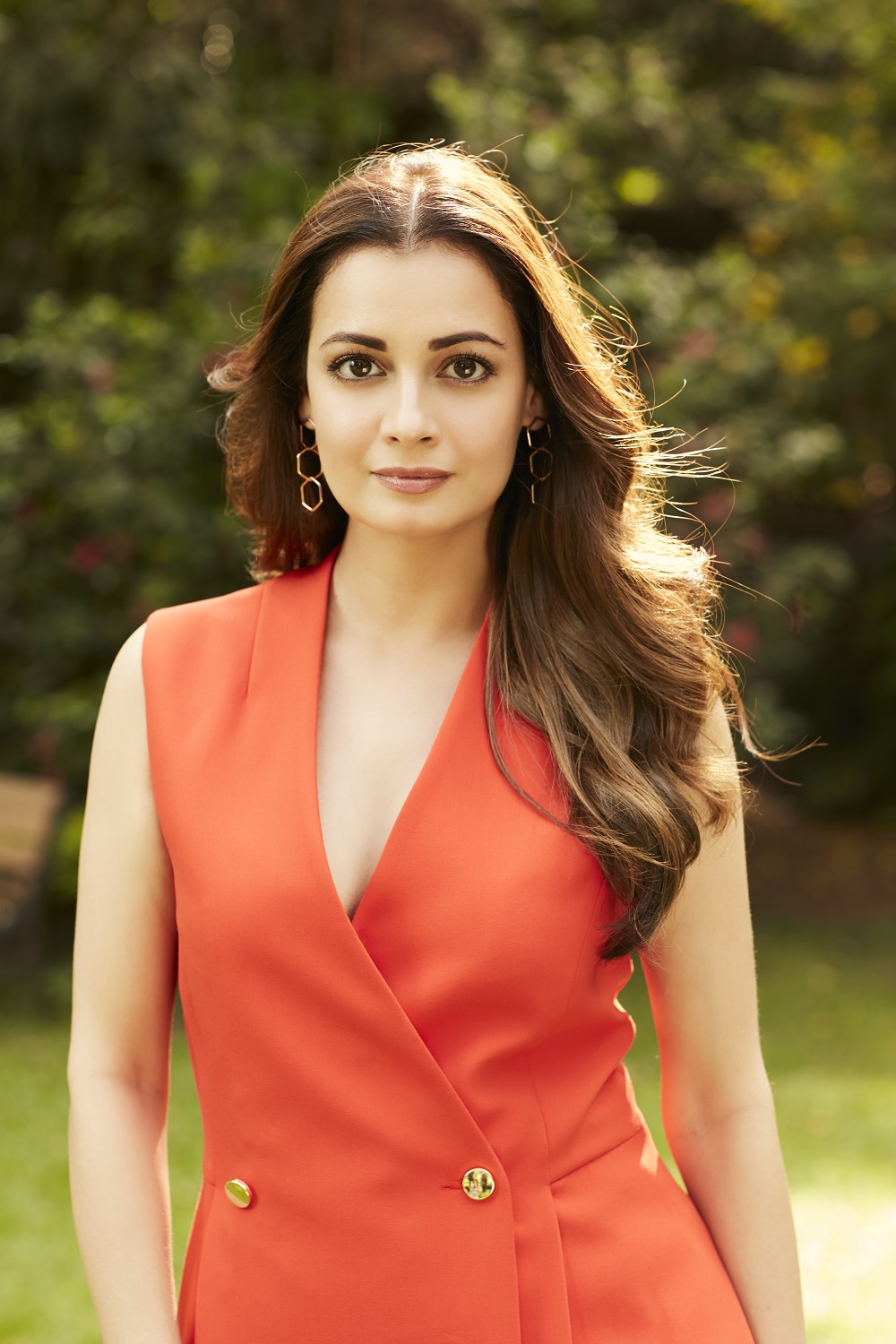 Dia Mirza has been a vocal advocate for wildlife and environment for decades. Be it adopting two leopard cubs in 2010, speaking up for snow leopards or leading the movement against single-use plastics to protect marine life, she has tried to shift perceptions and spread awareness about issues that do not get enough attention. She says, “Obstruction of forest corridors, incessant mining activities, rampant deforestation are making it impossible for tigers to co-exist with humankind. That is why I work with tireless change makers like Bittu Sehgal who has founded Sanctuary Nature Foundation, a nonprofit conservation organization that, among other things, also does habitat management.”

In 2013, Dia also worked with the Sanctuary Nature Foundation to spearhead the ‘Leave Me Alone’ campaign to underscore the importance of not intruding into wildlife habitats.

In compliance with her eco-sensitive ideology, Dia also eschews the practice of giving meaningless gifts and instead plants trees. Says Dia, “Tiger is an apex predator and a metaphor for all Nature and for that reason among many others, we must secure our forests and ensure that animal corridors between habitats are not disconnected. Let us please also remember that tiger forests are the birthing grounds for over 300 rivers in India and so their protection is linked to our survival. Protecting our forests and increasing our green cover also happens to be our best hope to counter the worst impacts of climate change and ensure the well-being of our children. We need to leave our self-sustaining ecosystems alone and remember what Kailash Sankhala, the first director of Project Tiger had said in 1973, “Do almost nothing in the tiger’s forests and allow next to nothing to be done and the tiger will save itself.” Let us instead create a far-reaching infrastructure constituting forest guards, scientists and defence teams that can protect this magnificent being from poachers, miners, dam-builders, agriculturists and heedless developers.”

Over the years Dia has also travelled to wildlife habitats including the Pench Tiger Reserve in Maharashtra to see first-hand how the restoration of water sources and natural vegetation helps tigers and other wild animals to thrive.