Globally-acclaimed rapper, actor and TV producer Curtis James Jackson III aka 50 Cent talks about his latest Power spin-off that is a prequel into the life of Kanan (50 Cent). The newest show – Power Book III: Raising Kanan – that streams on StarzPlay from today highlights real-life experiences from the global rapper’s life 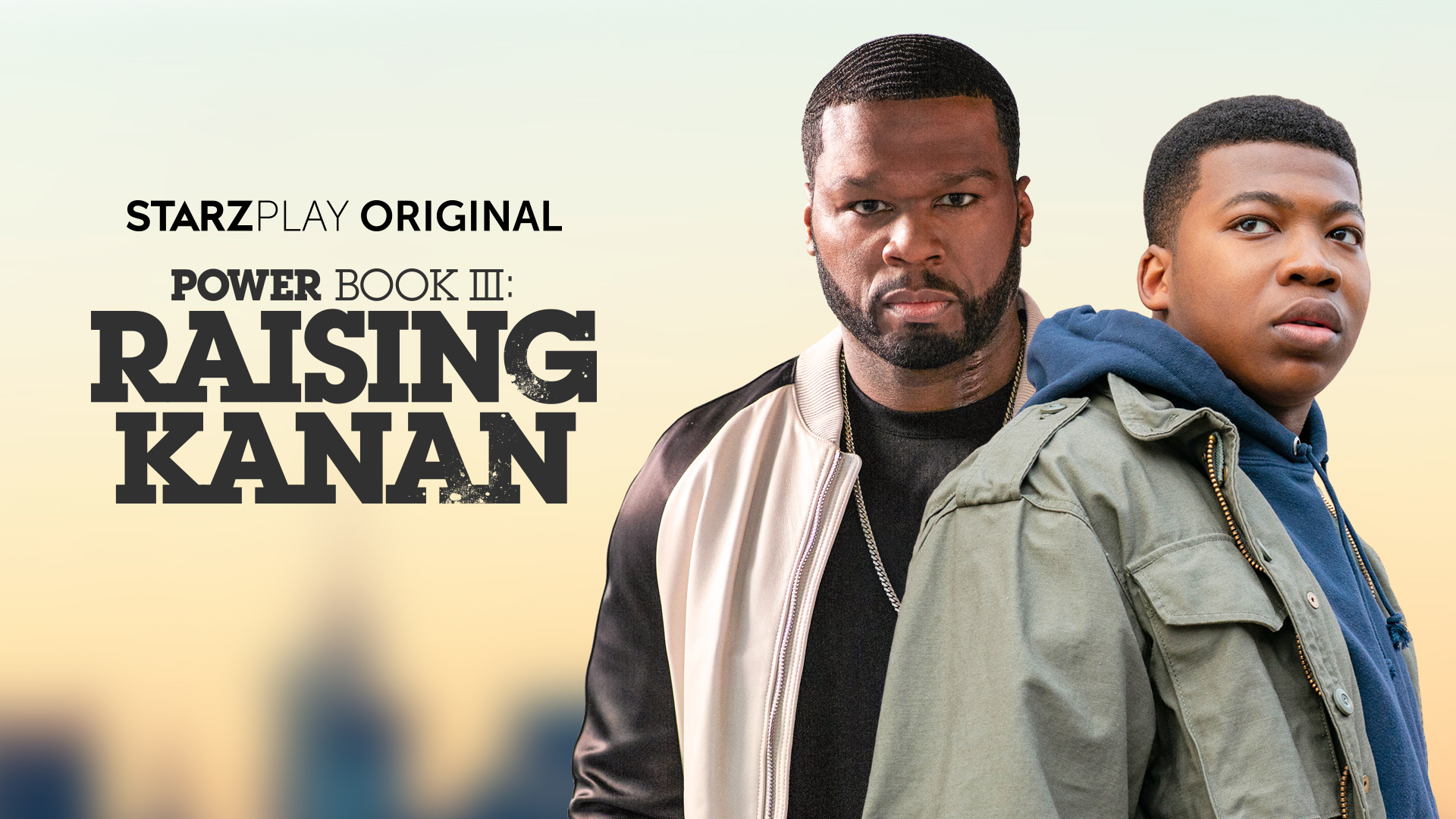 Every season, every chapter of Power Universe has a certain theme. What can you say about the overall style of the first season of Power Book III: Raising Kanan?
I think one of the biggest differences from the other shows and everything is the time period. It goes back into the late ‘80s, into the early ‘90s. And that energy is exciting. That time period is exciting. And then I would describe it as a family drama.
It’s a complex relationship between Kanan and Raq and the other siblings in the family. It’s just the time period, the confusion that was going on in those early stages, in that period in my life. So the hustling was a big part of it.

You’re coming off such a successful run with Power Book II: Ghost that fans really enjoyed. How does it feel to see the story come to life with all the authenticity and the grittiness of that time period?
It’s really exciting! Like when you look at the success of Power, the excitement there was a different kind of excitement for me, because it was like I had to continue to be passionate about that project with nothing around to support the idea of it. But after Power works and it’s a huge success, then we go into Ghost, the demographic changed with the themes. And then from the success of that show, it’s interesting because all of the Power shows are family dramas.
With Raising Kanan that dynamic is connected to the storytelling. And then Force is about the search to find those things. But at the core of the show is family drama. Outside of the universe I’ve been having great success, I have a lot of other projects. 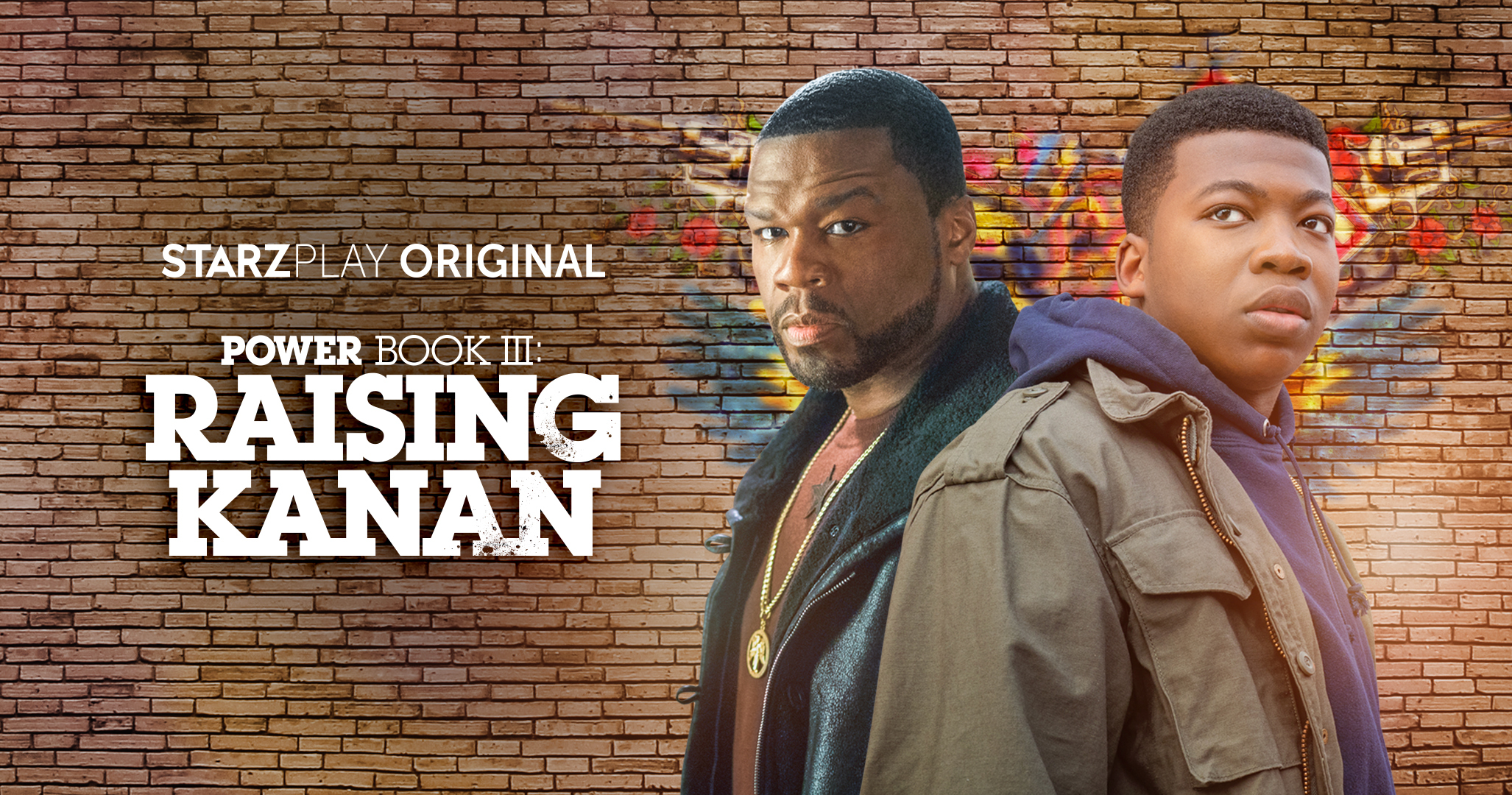 What can we see in terms of Kanan’s journey?
It really is a coming-of-age! Early on you’ll see the fear of his Mom is stronger than everything else. His uncles are around to offer a different kind of guidance.
That really happened. When I was younger, there was no escaping my Mom. She was over-asserting herself to the point of being even more aggressive because she was a woman. And there’s points where people don’t actually see the female as the same threat as they’ll see as the man.
She was over tough at that point. So I come back in the house, run in the house, crying, she’s like what? And I was more afraid of her than the people I had altercations with in the park. So it made it easier for me to address the situation. But that was a true scenario that actually took place, you know?

Your character is also a very iconic character in the Power Universe, so what can we expect from MeKai Curtis in terms of playing Kanan, because you know they are going to compare?
Yes, but it’s not going to be difficult for him. MeKai even speaks like me. Like I slur words and stuff like that. And he’s been able to capture that. I mean, he really pays attention to detail. There’s points that I’ve been on the set to visit and he’ll pull me to the side and say, ‘yo, I did a scene like this’.

So much of the storyline in this show is based on your real life. How was it to showcase Southside Jamaica, Queens (New York) so prominently?
It’s a cool experience when you watch it play out in a scripted project. It’s a different thing. I’ve told the story through the music in pieces. They can go back and there’s old music material that I put nuances and little things in there. But you can’t write it the same way you write it when you’re using what exactly happened, instead of trying to write what sounds good for music and that format.
And it’s cool when you get a chance to see stronger influences, the people that were around, that advanced before you. They’ve done everything a million times and then when you see those influences on screen, it gives you another perception of why Kanan was behaving the way he was behaving. He was pretty much trained by the environment to behave that way.

The show takes place in 1991, the Golden Age of Hip Hop. All the exciting fashion and music in New York, which was the epicenter of everything. The trends started here…
I was a baby at the point, but the rope chains you saw on LL Cool J and Run DMC…. Hip Hop culture wasn’t earning as much money as it earns now. So they were the superheroes in the environment. The people that had the money, the expendable cash – we’ll get it on the next flip.

A lot of retro style is making a comeback in television and movies. Anything in the early ’90s, especially with Hip Hop, is going to resonate with a lot of fans, so this show streaming on StarzPlay is exciting.
I think they’re going to like it.

If you could describe Power Book III: Raising Kanan in three words, what would those three words be?
Authentic. Action. Drama. Yeah, that’d be it.

Have a cool Eid this summer! Discover how

Celebrating 40 years of Aati Home with classy elegance and style!

EXCLUSIVE: ‘I would love to direct Priya Mani in a comedy,’ filmmaker Mustafa Raj reveals the genre he would want to direct his star-wife in!