Bigg Boss 14 finalist Rahul Vaidya tied the knot with actress Disha Parmar at the Grand Hyatt in Mumbai on July 16, taking the whole social media by storm. The couple have been friends for a while but it was inside the Bigg Boss 14 house that Rahul first opened up about his feelings for Disha. Later he proposed to Disha on National television, and she said, ‘yes’! The couple has been in the limelight ever since. The two had initially planned on getting married soon after Bigg Boss ended in February but their plans were pushed due to the second wave of the pandemic in India. 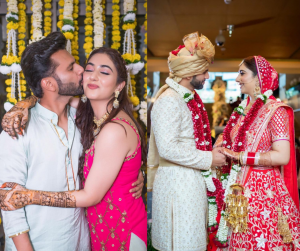